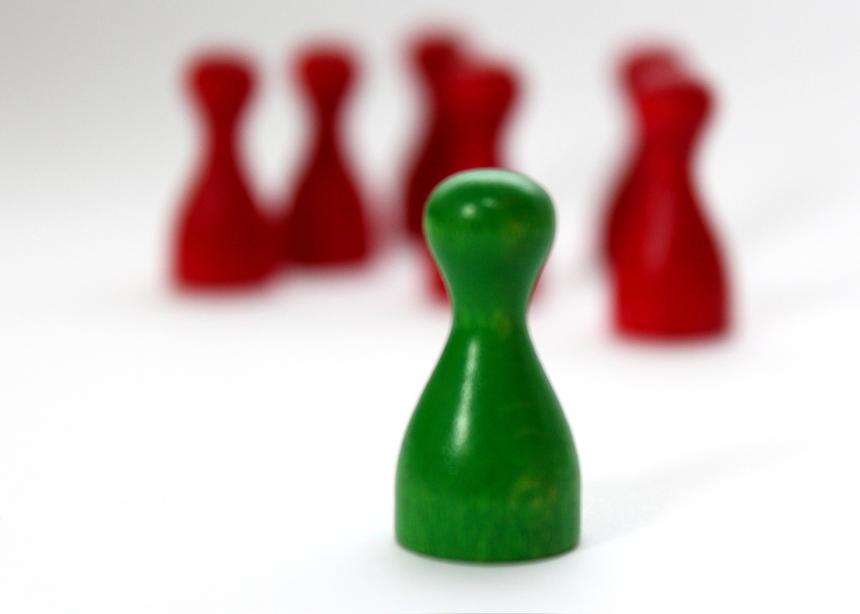 “When you learn to follow Jesus, you will act a little strange.” This memorable line comes from a song by Mennonite singer/songwriter Bryan Moyer Suderman. Besides being an earworm, this simple song encourages children, youth and adults to consider what their lives will look like as they’re learning to walk in the way of Jesus.

The refrain says, “When you learn to follow Jesus, you will act a little strange; / people stop and take a look.” (You can hear the whole song on Spotify or connect with Suderman through his website at smalltallministries.com.)

Recently, while working around the house, I found myself humming this tune. Then I sat down to read a book by respected Anabaptist scholar and author Alan Kreider, The Patient Ferment of Early Church: The Improbable Rise of Christianity in the Roman Empire. Published in 2016, this book tells the fascinating story of Christ’s followers in the first four centuries after his life on earth.

Living under the power of the Roman Empire, these early Christians acted “a little strange” compared to the society around them. They gave allegiance to a Lord who wasn’t the emperor. Demonstrating the good news of Jesus, they cared for the local outcasts and people who were poor or ill. They ignored the social class boundaries and gathered to share meals where rich and poor, women and men, were treated equally. They withstood physical torture for the sake of their faith, even confronting death in the gladiators’ arena.

A striking feature was their visible expression of love. Tertullian, an early Christian author and apologist, noted that those around the Christ-followers commented, “See how they love one another!” Kreider writes, “The Christians were creating an alternative community that had nonconformist approaches to common social problems” and that “visibly interesting behaviour” intrigued and attracted people on the outside.

So, who wants to be weird? Is “countercultural” still a descriptor we Mennonites want to claim today? Article 10 in Confession of Faith in a Mennonite Perspective asserts that “Christians are strangers and aliens within all cultures.” That article describes the church as “God’s nation, encompassing people who have come from every tribe and nation.”

Point 5 in the commentary states, “The church is called to live as an alternative culture within the surrounding society. . . . The church lives within the dominant culture yet is called to challenge that culture’s myths and assumptions when they conflict with Christian faith.” Some “myths” mentioned are individualism, materialism, militarism, nationalism, racism and sexism.

Some Mennonites have memories of past teachings about distinctive clothing or other superficial ways in which we were supposed to differ from our neighbours. But the countercultural essence of the gospel goes way deeper and is applicable to Christ-followers in all centuries and locations: respecting and valuing all people, practicing an extravagant generosity, and living in a mode of peacemaking and forgiveness. All these actions are undergirded by a trust in the God who walks alongside us even today.

How is your faith in Jesus causing you to “act a little strange?” What unusual actions might God be calling you—and your faith community—to do?

The next issue of CM will be one of three digital-only issues for the summer. The July 11, Aug. 8 and Sept. 5 issues will not appear in print but will be available to all digital subscribers, via email. If you already receive a digital version of the magazine, these will automatically come to you. If you receive only the print issue but want to read the digital issues as well, through the summer and beyond, you can add that option at canadian​mennonite.org/subscribe/digital or email office@canadianmennonite.org. There is no extra cost to current subscribers.

Read more editorials:
Responding, faithfully
Hybrid church
Two things not up for debate
Speaking of faith
Steps on the path