‘Our truth has been discovered’ 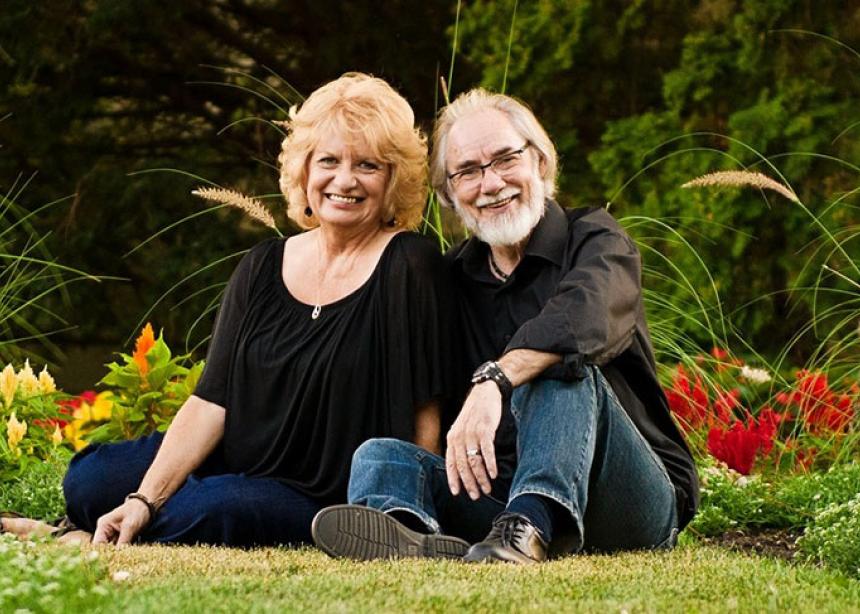 <p>&lsquo;We wish it was over,&rsquo; says Wilma Derksen, who, along with her husband Cliff, waited 27 years to learn what happened to their daughter. &lsquo;I waffle about a new trial.&rsquo; (Photo courtesy of Cliff and Wilma Derksen)</p>

“God has given us a toolkit,” said Wilma Derksen. First it was forgiveness when Wilma and Cliff’s daughter Candace was murdered in 1984. Then it was learning to love when they learned that Mark Edward Grant was arrested and charged with her murder in 2007, and then truth and justice as they sat through his trial in 2011.

But on March 5 of this year, as the Supreme Court of Canada came down with its decision to overturn Grant’s 2011 conviction of second-degree murder, Wilma expressed gratitude that “we chose forgiveness to begin with. Forgiveness has held us to the course, and in hindsight has become even more valuable to us than we imagined. It has set us up for this moment and given us resilience for this. This isn’t what we wanted or expected, but maybe this is something other people might need.”

Besides forgiveness, shock and surprise also coursed through the Derksens’ very being. With the decision to uphold the Manitoba Court of Appeal in overturning Grant’s conviction, it was left up to Manitoba Attorney General James Allum to decide whether to stay the proceedings or order a new trial. On March 20, he decided that Grant would be retried.

“We wish it was over,” said Wilma, who waited 27 years to learn what happened to her daughter. “I waffle about a new trial.”

For the couple, the “truth” about what happened to Candace was discovered during Grant’s original trial and they do not need another trial to convince them, but they believe that another trial may help to bring more truth to light. “Our truth has been discovered,” said Wilma, “but there is the truth of the judge and the jurors that this whole appeal process has cast into doubt, and it has victimized a whole other group of people and I think they need redemption.”

“This trial will be different,” she said. “We no longer feel sorry for ourselves. We won’t be entering into this trial with the same parental obligations and parental pain that we did before.”

Their approach to the trial this time will be to learn.

“We want to learn what it is all about because we are no longer clouded with personal interest as much,” she said. “We are convinced about the truth. I am open to being challenged and if there is a new truth that I don’t know, I am open to hearing it. If there was complete resolution, that would be new territory for us, but to go back into the process and wait and wonder and not have everyone agree on the same thing is familiar territory to us.”

Art and writing continue to be outlets and places of healing for the Derksen family. From April 3 to 11, Wilma, Cliff and their daughter Odia Reimer are presenting an art show in Winnipeg, at which Cliff will talk about “Healing through creativity.”

“I think art and writing have become our survival,” said Wilma, whose most recent e-book, This Mortal Coil, is about the trial. It includes “the stories of the family trauma, the police investigation and the ongoing public debate that has lasted almost three decades,” according to the book’s Kindle description.

“Writing and doing the research has been a form of accountability and expression of emotion,” she said. “It was an enormous research project that has given us, as a family, confidence and an anchor of truth. When we work at the truth, that is where we will find our healing and our freedom.

She plans to have this book available in print form in time for the art show. “I’m really scared, though, terrified to put myself out there with the book,” she said, since the Supreme Court has come down with its decision to order a retrial.

“Prayer and our faith in God, who said he makes all things work together for good, has given us strength for 30 years. He hasn’t promised us a good life, but that good things will come out of it,” Wilma concluded.

‘We wish it was over,’ says Wilma Derksen, who, along with her husband Cliff, waited 27 years to learn what happened to their daughter. ‘I waffle about a new trial.’ (Photo courtesy of Cliff and Wilma Derksen)

So sorry that you have to endure another trial, but glad that you are at a different place this time.

I will be interested to read your e-book regarding the trial and investigation.

Our daughter, Alicia Showalter Reynolds was abducted and murdered in 1996, and the investigation has not turned up the suspect. I have been very frustrated with the investigation, but have gotten tired of pushing for tests, etc.