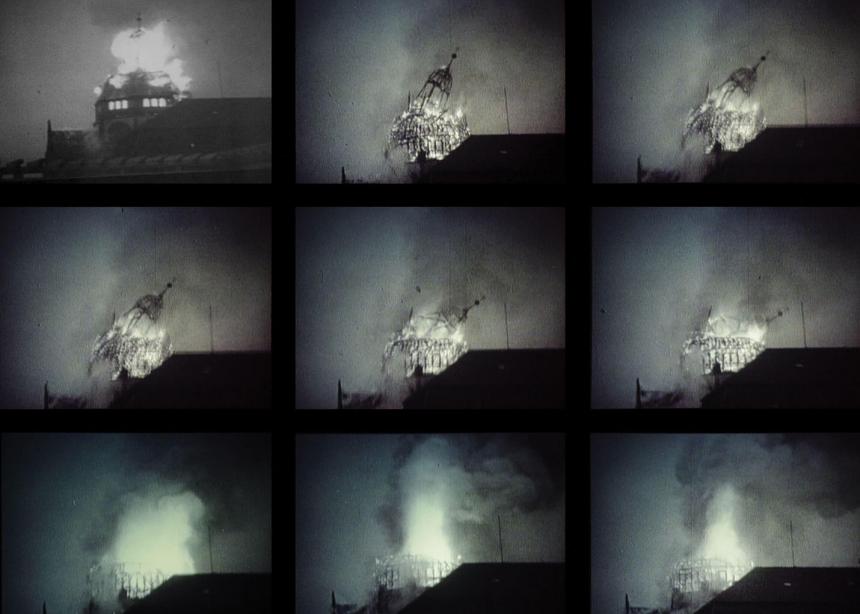 Until March 4, 2017, the Mennonite Heritage Centre Gallery is hosting an important exhibit of new art entitled “Synagogues in Germany: A virtual reconstruction.” First imagined by a group of German university students following the arson of a local synagogue in 1994, the project consists of digital reconstructions of dozens of the extraordinary synagogues that were lost to history in the 1938 Reichspogromnacht, in the year before the Second World War began.

The exhibit is an immersive, multi-media affair that includes projections of historical video clips, virtual tours of reconstructed synagogues, and towering text pieces that narrate the timeline of political events preceding and following the Reichspogromnacht. Before any images can be seen, the text starts viewers out in 1933, as the newly appointed Reich Chancellor Adolf Hitler passes the Law to Restore the Civil Service, which banned Jews. The grandeur of the word “restoration” immediately recalls Donald Trump’s victory speech.

Further in, an info-video cuts between moving images of the reconstructions and information on their architectural history. One journalist, touring on a Monday while news of the Quebec mosque shooting was still breaking, explains that at the turn of the 20th century two styles were most popular for synagogues: neo-Romanesque and neo-Islamic.

Moving past more timeline reminders from 1938 to 1945, visitors arrive at a memorial corridor that lists the names of every synagogue lost in what came to be known among the people as “the night of broken glass”. According to the exhibit guide, more than 1,400 synagogues and other Jewish places of worship were “destroyed or desecrated” during the pogrom.

One level up, touring stations and a documentary projection stand are provided for those who want to delve deeper into this troubling period of history.

Fighting tears, exhibit guest Jim Ludwig comments that, having grown up during the war in a Jewish family, he always knew about the figure “six million Jews,” but not about the synagogues. For him, it drives home afresh that genocide, as the exhibit manual states, is not the extermination of people, but of a people and their culture. “They tried to wipe the people out. . . . If you think about ‘never again,’ it doesn’t exist. It’s happening all over the world, it’s happening over and over again!”

At an interfaith memorial prayer service for the Quebec shooting victims hosted by the congregation of Winnipeg’s Grand Mosque later that same night, hundreds of people, including more than a dozen local dignitaries and government officials, turn out to demonstrate that, in Canada at least, Ludwig’s history will never be revisited upon anyone. After roughly a century, a few faint echoes of kinship with those lost synagogues still come through in the mosque’s design. 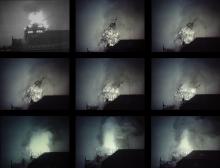 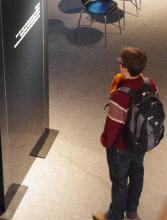 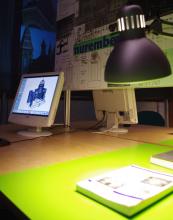