‘Living autonomously’ in the Age of the Spirit 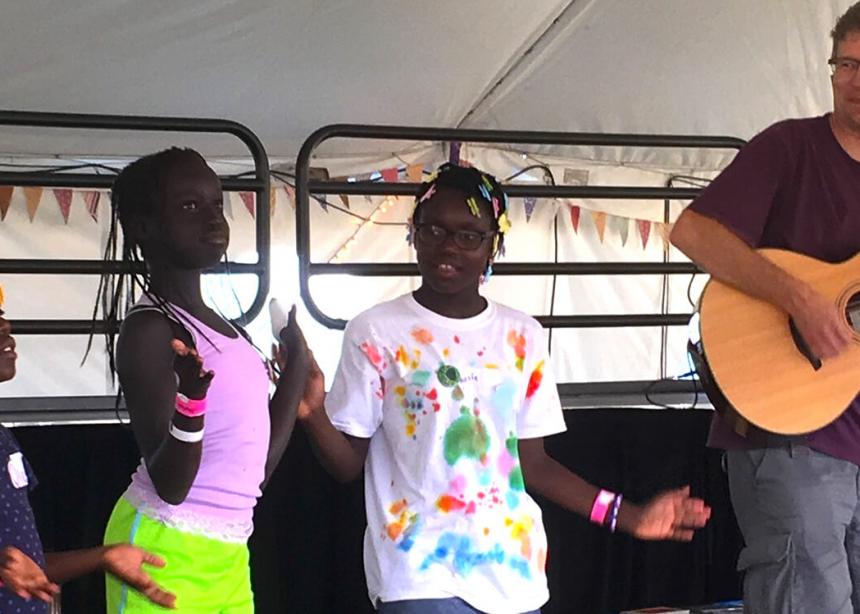 True to its name, this year’s Skylight Festival focussed on how the church can regain its place in a post-Christian society, exploring a larger movement of faith, arts and justice for this time.

Citing the story of God calling Abram to leave everything and “depart for a land I will show you,” Brandan Robertson insisted that this biblical narrative is where the church is today, needing to abandon its institutional moorings to discover new ways of reaching out to its neighbours and especially embracing the spirituality of a new generation of millennials.

Himself a progressive evangelical speaker and writer who casts himself as a millennial, Robertson said that life is not about achieving goals, gaining notoriety or reaching a destination. “It is about the journey,” he said. “To be a follower of Jesus is to commit to being a nomad, wandering the vast landscapes of life and eternity, never completely sure where you’re at or where you’re heading, but completely trusting that if Jesus is the one leading, everything is going to be just fine.”

He described millennials as “living autonomously” in an the Age of the Spirit—an intra-spirit time where there is an “undoing of clan and colour,” separated from religious ritual and staying away from systems and hierarchies. It is about “reconstruction,” rather than “deconstruction” of religious ideals, doing away with a mythic God but experiencing instead a true and living Christ in you, “where we live and move and have our being.”

This theme prevailed throughout the three-day holiday weekend of July 29 to 31, with such high-profile speakers as the U.K.’s John Bell among the 27 contributors, as well as many home-grown speakers. Scattered over the grounds in two tents and a main stage, the 500 registrants included as many as 100 children and youths.

Music was an integral part of the experience, with Bryan Moyer Suderman of Kitchener, Ont., who is sometimes described as an Anabaptist Pete Seeger, performing music from his recently released CD, I’m Glad You’re Here, for both adults and children.

In another presentation to the primarily United Church and Anglican participants, Max Kennel, a Mennonite also of Kitchener, reinforced the idea that the religious tide is turning and that the “shattering of historic ideologies is taking us into uncharted waters.” He observed that the fastest growing groups in Canadian churches are those in the LGBTQ community, women and non-whites, forcing Christians to re-examine a world that is both secular and religious.

A doctoral student at McMaster University in Hamilton, Ont., he asked his listeners to take this opportunity for deeper thinking about what it means to oppose violence, not just in action but on a deeper level. He called for re-forming ways of thinking about nonviolence:

Recognizing these pitfalls, he challenged his listeners to “live into this new conversation.”

In a new initiative to stimulate ministry innovation by the United Church of Canada, which is suffering a downturn in church membership, five church leaders outlined their visions and actions to make their congregations more invitational and hospitable. Among them was Jeff Steckley, co-chair of the Festival Visioning Team and a former minister of congregational ministries for Mennonite Church Eastern Canada.

Calling for leadership “on the edges of the church,” he urged more engagement with character and culture, rather than strategies and structures, constructing a welcome that is aesthetically pleasing and engaged in life-long learning, perhaps having a craft brewery for financial support, and featuring contemplative practices and a gracious hospitality through which sustained relationships are formed.

In a name contest for labelling this new initiative, the name “Chasing the Spirit” won out over some 200 entries.

Modelled after the Greenbelt Festival in the U.K. and the Wild Goose Festival in the U.S., the Skylight Festival gives voice in the Canadian context to a transformative narrative of hope that celebrates diversity and inclusion. Vic Thiessen, a former MC Canada staff person, is credited with the vision and tireless efforts in shaping the Festival.

Thanks for this,
I appreciate the summary of my presentation, and I think that you've captured the spirit of it really well. The different ways of thinking about how we can be violent in our thinking are each very loaded terms, and so for people who might be looking for a more precise philosophical definition of these terms here are some extra defining features:
- Reduction is a problem because it tends to miss the richness and depth of things because it gets caught up in the simplicity of appearances.
- Essentialization tends to define things by one quality rather than by several, taking refuge in simple definitions rather than exploring the complexity of things.
- Anachronism forgets the role of time in our experience, expecting that the identities around us are static and unchanging.
- Exoticization sees things that are unfamiliar as exotic or strange. Here I'm referring to Edward Said's book "Orientalism."
- Totalization seeks to construct a picture of the world that is consistent, rather than acknowledging how exceptions and contradictions are present in every system of knowledge.
There are lots of resources if anyone is curious or would like to read more about these ways of thinking, so feel free to comment or get in touch :)