Treaties are about the future, not the past 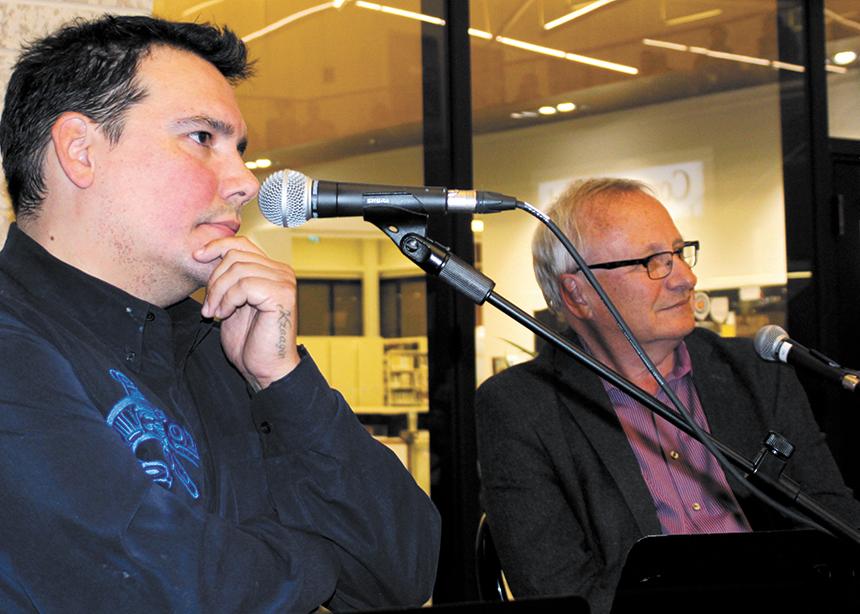 Public recognition of the traditional territory of First Nation groups that were signatories to specific treaties is a fairly new concept in Canada.

Niigaanwewidam James Sinclair, a panellist at the Oct. 10, 2018, Canadian Mennonite University Face2Face discussion on “Treaty One and Mennonite Privilegium,” described treaties as “vessels of family making.” The assistant professor of Indigenous studies at the University of Manitoba and a Winnipeg Free Press columnist said, “Treaties have not ended. . . . A treaty sets forth a path that others will follow. A treaty is a template. It’s about the future, not the past.”

Sinclair said that Indigenous peoples saw treaties as a way to establish a family relationship with settlers, based on equality. The treaties, he explained, are not only about relationships among people but also about relationships between people and the land, water and other non-human “family” members.

He encouraged people to engage in frank and difficult conversations about treaty rights being minimized and unequal sharing of land and resources. “It is not supposed to be that way,” he said. “But it is not too late. We live together and can look towards the future as a family.”

Hans Werner, a retired associate professor of Mennonite studies at the University of Winnipeg, discussed the Privilegium agreement that granted privileges to Mennonites, such as exemption from military service and the right to educate their children without restrictions.

The Mennonite signatories to the Privilegium had anticipated that Mennonites would continue with the communal land ownership system that had been tested in south Russia. Mennonites were granted land reserves for exclusive Mennonite settlements, but Werner said that within a few years, “Mennonites embraced property and property rights,” and by the mid-1880s the village system started breaking up.

In the 1920s, a large number of Mennonites from Manitoba and Saskatchewan moved to Mexico, where they re-established Mennonite colonies and German-language schools similar to what they had had in south Russia.

In response to questions from the audience, both panellists emphasized the importance of sharing stories and listening. “It is hard to talk about land theft and genocide,” said Sinclair. “It takes bravery and courage. It is your job to be brave now. Once you know something you cannot unknow it.” 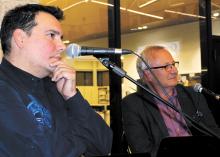 The Northern Contaminants Program of Aboriginal Affairs and Northern Development Canada commenced in 1991. From my over 10 years membership of its contaminants committees in Yukon and Nunavut, and as Manager of Environmental Health Services in the Yukon (1992 – 2003) and as EH Consultant to H&SS, Government of Nunavut (2003 – 2006), I am of the considered view that a veritable approach bordering on cultural Inuit and First Nations genocide has been operating in how research projects are selected, pursued, funded and conducted; and in the failures in/and barriers to producing the important benefits of enculturation, capacity building, technology transfer and the promotion of local management practices in the north in keeping with the Umbrella Final Agreements between the Government of Canada and the two Territories. [cf Sections 8 & 9 of the Nunavut Wildlife Act]

The full participation of Aboriginal peoples in the development and management of territorial wildlife guardianship policies; food security initiatives; land management practices, and the meaningful pursuit of research and education in these areas is a necessary condition to guarantee environmental health sustainability into the future. (cf UN Declaration of the Rights of Indigenous Peoples)