‘I am proud of my roots’ 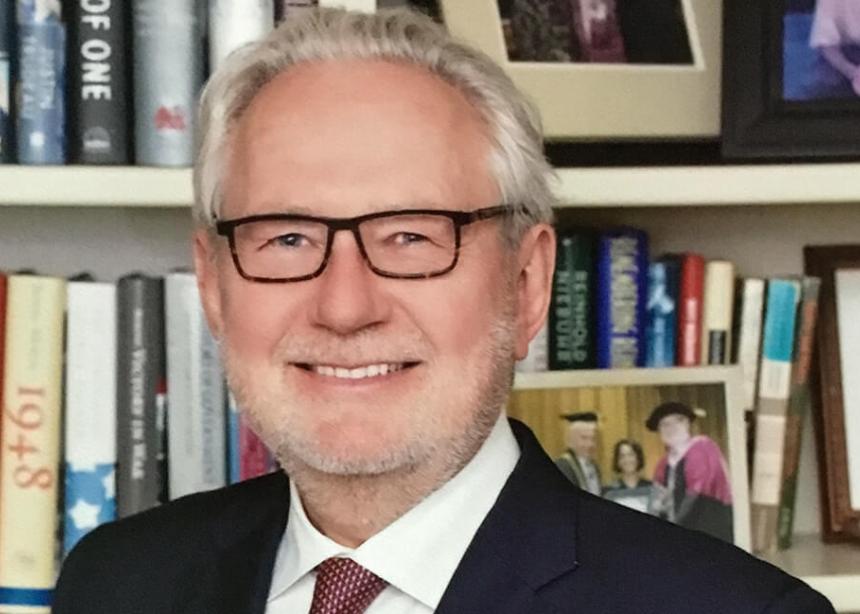 Peter Harder, a retired senior bureaucrat and high-level corporate advisor with Mennonite roots, was named by Prime Minister Justin Trudeau as the Liberal government’s leader in the Senate on March 18. Having led Trudeau’s transition team following last fall’s election, Harder’s new job will be to move government legislation through a divided Senate in which the new Liberal appointments are no longer part of the Liberal caucus.

A respected bureaucrat for nearly 30 years, he served as deputy minister for five prime ministers and 12 ministers in five departments, including Immigration, the Treasury Board, Industry and Foreign Affairs.

Following his retirement from public service in 2007, he gave an address to Ottawa’s Southminster United Church, to which he and his wife Molly now belong, speaking at length about his Mennonite roots in the Vineland, Ont., area. “I owe much to my heritage,” he said. “They are the community that formed me, the home which nurtured my thinking—the values of community, caring, honesty and integrity, family and work that have been essential to my career as they are to any authentic life.”

The address was published in the September 2007 issue of Diplomat and International Canada.

He told his congregation that his grandfather, Abram Harder, was both a minister and teacher in Russia before the 1917 revolution, and his father was a lay minister and businessman, first in southern Manitoba, then in Vineland. These families of what he calls the Mennonite “Exodus” of the 1920s left Russia in the summer of 1924, crossed the Atlantic, arriving by ship in Quebec City and then by box car in Waterloo, Ont.

His mother, Mary Tiessen Harder, and her family had arrived in Waterloo County a month earlier. Her father was 60 years old  and had been a large landowner in Russia. The family settled in Essex County. His mother attended public school and then worked at the H.J. Heinz factory, all the while longing for education, memorizing poetry and teaching Sunday school. Twelve years later, at 29, she started Grade 9, went on to the University of Toronto Normal School and became a teacher.

His Mennonite values have influenced his political life, says Harder, explaining his conviction that while “freedom of religion can’t be permitted to compel freedom from religion, the public servants with whom I have worked don’t park their faith at the door.”

Regarding the Anabaptist core value of peace, he says, “When we talk of peacebuilding, we are really talking about how to build political communities that work, that share certain core values and that can deliver essential services to their members.”

Harder gives credit to his parents for instilling in him his own faith, telling his Ottawa congregation, “Their faith was their life. I first visited Ottawa when my father, John N. Harder, as moderator of the Ontario Mennonite conference, participated in the opening of Ottawa Mennonite Church. My mother had leadership roles in provincial, national and international women’s conferences. Both were active in Mennonite Central Committee, introducing what has become the Ten Thousand Villages network of thrift stores, and in visiting African and South American church projects. They lived fully integrated lives of faith and action.”

How does he bring his Mennonite faith to government, specifically? “Government is by definition not an NGO [non-governmental organization], not a church. Public servants, like myself, strive for the civic virtue of Aristotle,” he said. “Within the appropriate accountability structures of our democracy, they animate their action with their beliefs, with their faith.”