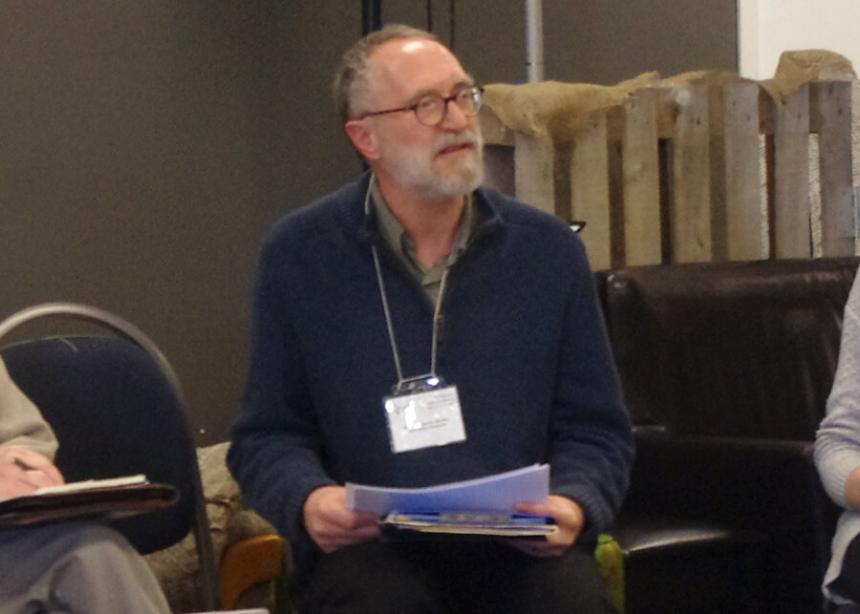 Mennonite Church Manitoba gave its final comments on the Being a Faithful Church (BFC) 7 process, which has dominated public attention since last summer, at the area church’s annual general meeting held the first weekend in March 2017, at Winkler Mennonite Church.

In an official statement, “Responding to BFC 7,” the area church “recognizes and endorses the recommendations” of the BFC Task Force, commending local congregations to continue in prayer, study and humble mutual respect:

“We encourage congregations to try to understand each other’s contexts and respect each other’s conclusions . . . to continue to focus on what brings us together, and to work together with joy in sharing the very good news of Jesus. It is our hope that our faithful relationships will strengthen our witness and mission in Manitoba and beyond. We now let the issue of same-sex marriage rest and commit to coming together in three years to share how the Spirit has moved in our midst, and at that time to determine if our decisions have been a nudging of the Spirit.”

A time for response was provided on March 4, when several congregations and independent members read letters of reply to the area church’s decision regarding BFC 7.

Gerry Rempel, board chair of Niverville Community Fellowship, read a letter describing other congregations’ choices to become affirming as “painful” to his congregation, but expressed amidst that pain a longing to remain in the church body: “Being like a family means that we value speaking honestly with one another, even though we know that our words may cause pain before they create a deeper, more meaningful relationship.”

Members from churches across the spectrum of opinion, including Hope Mennonite in Winnipeg, responded with great warmth to the candour of this statement.

Moses Falco, pastor of Sterling Mennonite Fellowship in Winnipeg, also read a personal letter, which portrayed the area church as a family facing the tragedy of divorce, and pleading with local congregations not to split up over a disagreement, but to remember their need for one another and to press forward in love.

Other business covered at Gathering 2017 included reports from the Future Directions Task Force, Camps with Meaning and the Partnership Circles.

The Future Directions report, whose recommendations were approved by the area church in January, describes a restructuring whereby local congregations will be given more focus, attention and resources as the “central place for worship, mission and ministry.”

Under this system the main work and purpose of new regional churches—currently area churches—will be to support local congregations, enabling them to work out their mission at every level, from the local to the international. Similarly, the national church will be understood as “a place where our sense of peoplehood and identity is strengthened, and as a place where the regional churches define national priorities and give life to them.”

Camps with Meaning announced completed construction of four new cabins at Camp Assiniboia this year. It also underlined a need for extra volunteers to run fall-to-spring programming, and funding to implement plans for further improvements in the coming year, including the development of a new trail system that will enhance guests’ appreciation of the natural environment and their commitment to protect it through sustainable living.

Partnership Circle highlights of the past year include two major whole-community events focussed around improving public awareness and understanding of the United Nations Declaration on the Rights of Indigenous Peoples (UNDRIP) and its implications for all church members. The program is also actively discerning whether it is being called to expand its official scope of operation to include partnership with other “circles,” such as those working on issues of water justice, Missing and Murdered Aboriginal Women, UNDRIP and others.