‘The hands and feet of Jesus’ 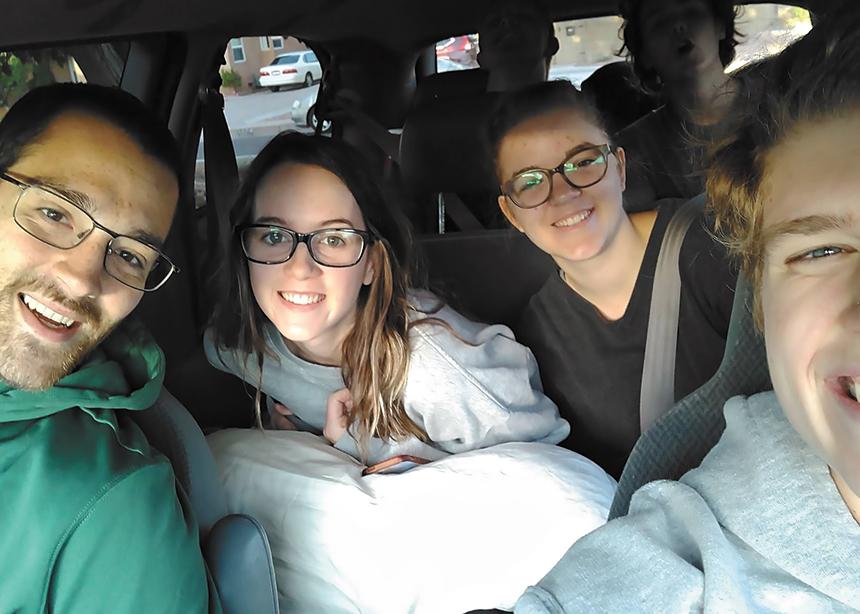 This year, Mennonite Voluntary Service (MVS) is celebrating 75 years of placing young adults in service positions across Canada and the U.S.

Although MC Canada hasn’t been officially involved in MVS since 2002, many Canadian Mennonites are still involved in the one- to two-year-long program that has participants live in community with their peers, serve 40 hours a week with community organizations addressing the symptoms and root causes of injustice, and actively participate in the life of their neighbourhood and host congregation. They serve in the fields of health, education, immigration law, restorative justice and business.

Joanna Loepp Thiessen is one of them. The 21-year-old from Kitchener, Ont., is in her second year of service in San Antonio, Texas.

For her first year, she worked as a refugee resettlement case worker at the Catholic Charities Archdiocese of San Antonio. For the last year, she’s working at a large homeless shelter called Haven for Hope.

“One half of my work is in the spiritual services department, facilitating meditation circles, support groups and one-on-one conversation,” she says. “The other part of the time I’m a running coach and program assistant with Street2feet, a partner of Haven for Hope that seeks to create wellness in mind, body and spirit through a five-kilometre training model.”

Prior to moving to Texas, she was studying music at Wilfrid Laurier University in Waterloo, when she felt her mental health deteriorate. Her mother, who had done MVS in the 1980s, advised her daughter to apply, but Joanna didn’t pay much attention to her suggestion.

That is, not until she felt like she really needed to leave school.

“It has proven to be the best and most formative experience of my life thus far,” she says. “I can’t hype MVS up enough.”

Although she says the experience has been challenging, she learned so much about herself. “I discovered that I am more than a musician,” she says. “I can be a musician and a faith leader and a social worker and a friend and a runner all at once.”

Sophia Amstutz, 19, who is also from Kitchener, just finished a 10-month term serving in Albuquerque, N.M. She worked full-time at Title 1 Homeless Project through the Albuquerque School Division.

She spent most of her time packing backpacks full of school supplies, hygiene kits and food bags for children in poverty. She also worked in a preschool for homeless children, and helped organize and participated in lunch and after-school programs throughout Albuquerque.

Amstutz says she learned over the past year to count her blessings and to not take what she has for granted.

“Kids I worked with were living in their cars and they didn’t have any food to take to school,” she says. “I couldn’t imagine, at their age, going through what they’re going through.”

Del Hershberger works as the director of Christian Service for Mennonite Mission Network, the organization that oversees MVS. He worked with the program before it separated at the border.

He says Canadians like Amstutz and Loepp Thiessen are part of a broad network of people making a difference.

“I think MVS provides a valuable opportunity for young adults to live and serve together in churches that had a long history together before our denominations separated at the border,” he says. “We appreciate the unique perspective that Canadians bring that creates opportunity for mutual growth.”

Part of that growth is spiritual, Amstutz says: “I think, for me, serving is a huge part of my faith. A lot of times throughout the year, I felt I was being the hands and feet of Jesus. I feel like, if Jesus were here, this is a population he would be working with, too.”

Both Amstutz and Loepp Thiessen say they would recommend other Canadians take part in the program.

“As much as I am only a couple hours on a plane away from Kitchener, it felt like a totally different culture, and geographically was incredibly different,” Loepp Thiessen says. “I love living in Texas, and MVS is a really great avenue to see what life is like in the United States without having to marry an American.”

Further reading:
A bouncer for Jesus 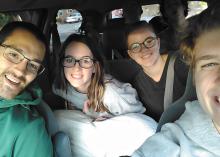 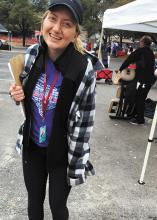 Joanna Loepp Thiessen is pictured at the Street2feets annual five-kilometre fundraiser, where she worked as an assistant race director, taking the opportunity to raise awareness about addictions and homelessness in the area. (Photo courtesy of Joanna Loepp Thiessen)