A bouncer for Jesus 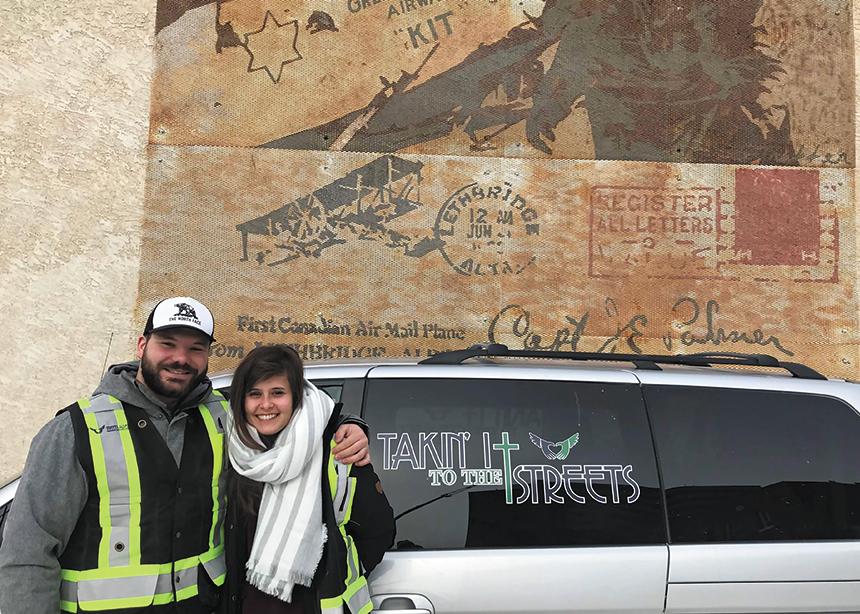 So how did a 22-year-old Mennonite from France end up volunteering on the streets of Lethbridge as a bouncer for Jesus? Even he’s not sure, but he’s loving it, and when he returns to France in September, he plans to continue working with street people if he can find an opportunity.

Simon Crelerot, a volunteer living in the Mennonite Voluntary Service Adventure (MVSA) unit in Lethbridge, first heard about the program through the non-profit organization Joie et Vie. A member of the Église Mennonite de la Prairie de Montbéliard in Eastern France, he was looking for a volunteer opportunity. He thought Streets Alive, a faith-based non-profit organization, whose vision is to bring hope to people living on the streets, would be a great chance to serve God in a practical way through the MVSA program.

He has already done two volunteer assignments, including time in Togo, and also in Burkina Faso, where his Mennonite grandfather was a missionary. He shares how meaningful it was to serve in the very school his grandfather had started many years ago for children with disabilities.

Now he is in Canada, doing what he would never have dreamed of as a service assignment. He is a bouncer for Jesus. At first, in addition to his regular responsibilities, he was serving as a security guard at the Streets Alive community centre two nights a week, but when they saw how he handled himself, they increased his shifts to four or five evenings a week.

Ryan Dueck, pastor of Lethbridge Mennonite Church, describes the work Crelerot is doing as “pretty desperate”: “Simon has to de-escalate if someone is getting rough. We are seeing more weapons in the community, as well as an explosion of crime and addiction. Some blame the introduction of safe injection sites in the city.”

Streets Alive is a ministry for street kids and does frontline work with addicts. It has been working in the community for decades.

Crelerot expresses how surprised he was that there is so much drug addiction and homelessness in Lethbridge. “Eighty percent of the clients are addicted to drugs,” he says. “Sometimes it’s difficult because there are some fights and overdoses, and I have to intervene. I have to stop the fights, calm angry clients if they are yelling, and make first aid if somebody needs it.”

He says that, because of his faith, he tries to respond to each situation in a nonviolent way. His first strategy is to start talking to the client and, if necessary, get his supervisor to help. He also tries to be proactive by spending time with the clients and building relationships. “Unfortunately, I do sometimes have to use my body to resolve the situation,” he says.

One night he was having trouble with a particular client. He could see on the video camera that the man was waiting outside the back door with a knife. Crelerot stopped and prayed and then noticed the man was gone. Crelerot arrived safely home, but it reminded him how dangerous the job can be.

His time of voluntary service is drawing to a close, He reflects on how his experience impacted his faith: “I have really appreciated this experience. I learned to work with addicted people. I learned to say thanks to God because I have a house, I have a car and everything I need. Because, when I see my clients, and I ask, ‘How are you?’, often the answer is, ‘I survive.’ ”

“I really like to bring hope to them to get out of the hard, street life,” he says, referring to a client who has been in and out of detox. But Crelerot keeps encouraging him to try again. “It’s an evolution to get better.”

He has also tried talking to the clients about God, noting. “People are open,” he says.

Further reading:
‘The hands and feet of Jesus’ 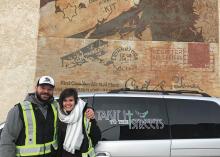 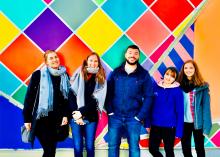 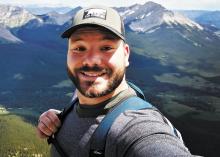