‘That is a Christian!’ 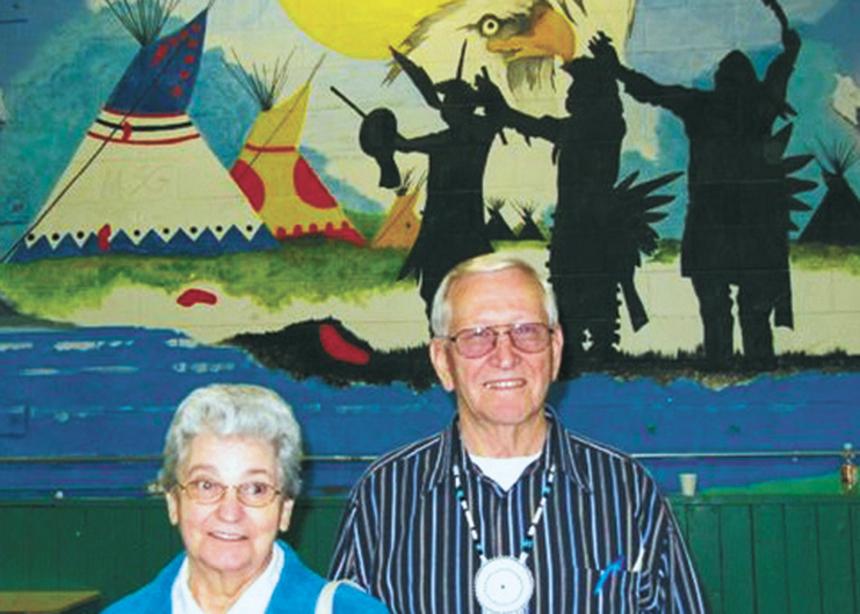 Pastor Fred Krulicki, who led the service, likened Lepp to Barnabas, who is described in Acts 11:24 as “a good man, full of the Holy Spirit and faith, and a great number of people were brought to the Lord.” Krulicki said, “There was . . . a man I’d point out to other people and say, ‘That is a Christian.’ ”

Lepp was an active member of the church, a farmer, and a school bus driver. He is especially remembered for his life and service among the Siksika people. He officially served in the Conference of Mennonites in Canada’s Native Ministries program for 19 years, and his many good friendships and involvements continued long after he retired.

Herman Yellow Old Woman, a councillor with the Siksika Nation, near Brooks, remembers meeting Lepp when he first visited the community in 1979. Yellow Old Woman had been out riding horses with other children, and Lepp gave him a ride home. He remembers Lepp as exceptionally good at building relationships: “Alvin became friends with not only the people who went to church there, he was friends with the Anglicans, the Catholics and others.. . . He was out here all the time for wakes, funerals, birthday parties, any community event. He became a part of our community. . . . He knew everybody. Our reserve is almost 70 miles long. He knew almost every family from the east to the west.”

Lepp had a great passion for sharing the gospel, and his love for people was obvious. He led many Bible studies in homes and distributed Bibles as well as recordings of Scripture read in the Blackfoot language. He visited people when they were in hospital or in prison and always tried to help those who needed it.

He learned a few hymns in Blackfoot and would sing these for the seniors when he visited. He carried treats in his pockets, and Yellow Old Woman said, “A lot of the kids around here called him Grandpa.”

In the 1980s, Lepp encouraged Siksika youth and young adults, including Yellow Old Woman, to attend both Camp Valaqua and the Swift Current Bible Institute.

Marvin Baergen and Hugo Neufeld both served on boards with Native Ministries in the 1980s and worked with Lepp. Asked what they remember of him, both immediately referred to his enthusiastic and warm relationships with the Siksika people. “He knew so many people,” Baergen said.

Krulicki said that, “even in his last days he was all praise for God. There was no fear in his eyes, just a quiet understanding that he knew where he was going.”

Lepp is survived by his wife of 62 years, Helen (Retzlaff), four children, 11 grandchildren and 20 great-grandchildren. 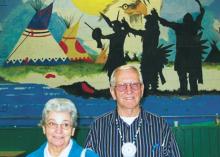 We will really miss seeing Alvin when we are back in the area. We had so many wonderful visits with him and Helen in our home in Gleichen, and in their home on the farm and in Rosemary. Over their growing up years, our kids were blessed with many boxes of nice used clothing. The translation of St. John's Gospel and The Acts of the Apostles in Blackfoot reached a large number of people on all four reserves and in prisons and hospitals through his faithful service in making them available and encouraging people to use them. As our co-worker among the Blackfoot, he constantly encouraged and cheered us on.