Climate action must include parking our cars for good 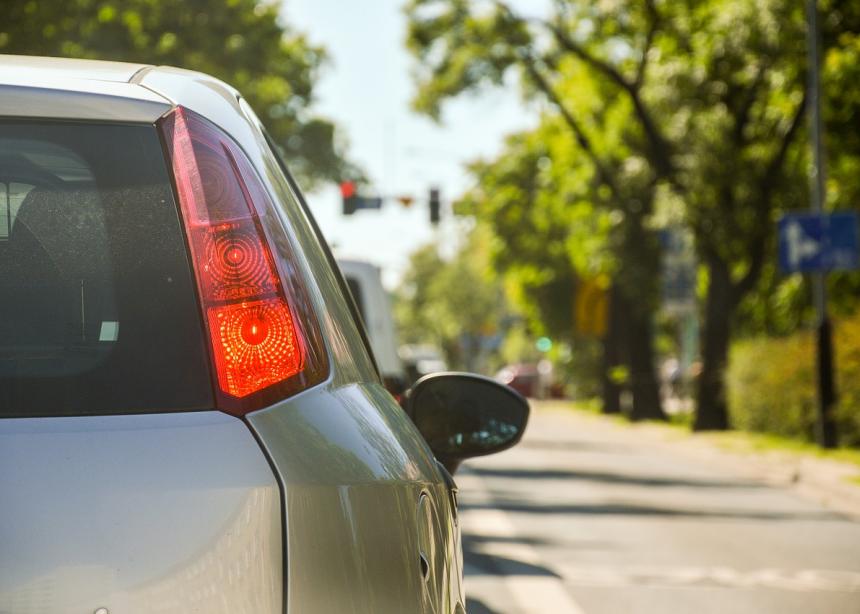 The solution I am proposing is likely one that will cause many people to roll their eyes or get a bit upset at first, which I understand. However, I hope that once you think it through and you see the bigger picture, you’ll realize it’s actually not too far-fetched and would be in everyone’s best interest.

I believe the one thing individuals can do to have the greatest impact in the fight against climate change is to give up their cars. The best possible thing you can do is sell your personal vehicles, or even better, get them demolished and use the parts to build a bicycle or two. Gas-powered, solar-powered, hybrid or whatever, the autonomy and universality of personal automobiles not only hurts the natural environment, but also makes it harder for everyone to get around the cities at peak times of the day, contributes to social isolation, and wastes so much space in our cities with roads and parking lots that could be used for much more useful and live-giving purposes.

The main argument against this solution of getting rid of cars is: Why would I give up my car if it’s still the quickest and most convenient way for me to get around? The reality is it’s a paradox: Bus routes will only become more convenient and faster, and more cycling infrastructure will only be built, if less people drive cars.

If I ever became some sort of politician that had enough influence, here is what I would do to try to solve the paradox of automobile convenience:

- Create more bus routes through residential areas and have buses running on all routes at minimum every 15 minutes, 24 hours a day, seven days a week.

- Reduce every city road to two lanes, wide enough for one lane of buses or firetrucks travelling in each direction, turning the excess lanes into elevated bike lanes and wider sidewalks.

- Create pedestrian-only downtown/uptown cores by prohibiting all traffic except for emergency and delivery vehicles, bikes and rapid transit.

- Motivate people to rent cars, vans or trucks rather than own them by providing a low-cost rental service/car-share program.

- Ban all parking lots/long-term parking spaces in the cities except for one communal lot at every on/off ramp of the highways, which would include a car rental place for those who want to use the highways and would connect to numerous bus routes.

None of these changes are unrealistic. I do realize they are major though, and I don’t think the political will is there at this point to make these kind of changes.

What it’s going to take in the short term at least is for some of us to simply suck it up and live a lifestyle that is more inconvenient than what we’re used to.

It’s going to require us to take longer to get to work or school, and even be late sometimes. It also may require us to get off our butts, to walk or bike in the heat, cold, rain or snow, to get to work covered in sweat. It will require us to compromise, to sacrifice some of our own comfort and freedom of mobility for the greater good.

What we need now is not more pilot projects, but more real action because there are simply too many pilots on our roads.

Jonathan Klassen is a fifth-year general arts student at the University of Waterloo and a member at Breslau Mennonite Church in Breslau, Ont.

I totally agree. It's the best approach I've seen so far. Thank you, Jonathan. I've shared your ideas on Facebook.

This article assumes that everyone lives and works in cities but that is not the case for many if not most of us. For rural people life without cars to get to work and church are impossible. Even for some people in cities it could be extremely difficult. The only rural Anabaptist people that can survive without cars are Old Order and Amish. My Old Order neighbours seem quite content with the pace of life that comes by travelling by horse and buggy and I admire them for that. I feel blessed to have them as neighbours. However, I doubt any of us would be willing to change our mode of transportation, lifestyle and type of occupations to their example. Urban or rural, would we want to give up today's conveniences and technology and live like our grandparents and great-grandparents? Would we even be willing to go back to living like our parents did?

Hi Janet, good points, I agree that it doesn't make sense to aim for taking a step backwards with our transportation technology. The Waterloo Region Record is where I originally sent this opinion piece in and in it I made it clear that I believe it's the people who live within a walkable distance to a public transit stop who should be giving up their cars, not everyone in the world, rural or urban. My main point was that in places where public transit (or cycling infrastructure) exists more people need to start using it because it's a viable, environmentally-friendly, community-centred alternative to cars. Public transit systems can only get better if more people use them and less people drive cars (it's a chicken and egg kind of problem) so it's the joint responsibility of municipal governments and citizens to take action. I believe it could be possible for it to be just as easy to get around by public transit as car if there was a change in culture and lifestyle.

There is hope for the young generation, Jonathan. Transit every 15 minutes is convenient. China is moving toward electric transportation because diesel and gas fumes are making breathing difficult. Germany makes very excellent and efficient diesel and gas engines but they must park them and order from China. It will take humility to make the paradigm shift. Our fragile planet cannot cope with ancient, millions-of-years-old fossil fuels being dug up and released in a mere 200-year period. For all Jason Kenney's talk, Calgary is going solar. There are many green energy things Alberta can do. I live in Sudbury and most of Northern Ontario is powered with non-fossil fuels except transportation. Canada needs to prioritize distribution of Quebec's clean hydro.

This is an admirable aspiration. It may mean that Christianity will be limited to those who live in urban centres serviced by public transit, or the 2/3 world and preclude evangelism of those folks who live in suburbs.

This topic reflects the need for how we have accustomed to the automobile and similar modes of transportation and equipment. I have come to the conclusion that if there is a better way to do things like the operation of vehicles and equipment that we have little to no options. I'm open to apply such approaches to reducing emission, pollution and their environmental impacts. I'm not saying all vehicles should be parked or even electric. What I am suggesting is applying some outside-the-box thinking and using non-petroleum based motor oils which became a reality back in 1972 by the efforts of a retired U.S. Air Force pilot, Al Amatuzio. The synthetic formulae he created had it roots in the jet engines that he flew as a pilot. Lab and field test showed how the application of the first 100% synthetic automotive lubricant reduced emissions, pollution and environment impact compared to petroleum based motor oils.
Why am I expressing this perspective? I would rather see people make adjustments to their thinking about how they could apply available technology that would offer reductions in environmental impacts and still maintain an efficient and productive life using their cars and equipment.

I understand the idea that giving up cars is impossible. And talking in absolutes is always dangerous. We will never park all cars forever. But we do need to get to diving most cars a lot less than we currently do.

It is impossible to live our current lifestyles in rural Canada without a car, and using it a lot. But we must come to recognize that it is impossible to continue to live our current lifestyles without causing massive suffering to all of God's creation all over the world. Adapting to climate change will require us to give up some of our conveniences, and think creatively about how to build a good life together and what is required. The creative application of technology is crucial, but we also need to be creative about our lifestyles? What choices can we make about where we live and work, how we travel, how much we travel, etc in order to preserve the climate for all of life, all over the world. We face the death of a lifestyle in order to preserve life, and its hard to face, but we must begin to change. We must come to accept that we must live simply so that others can simply live.