A planet-friendly move to university residence 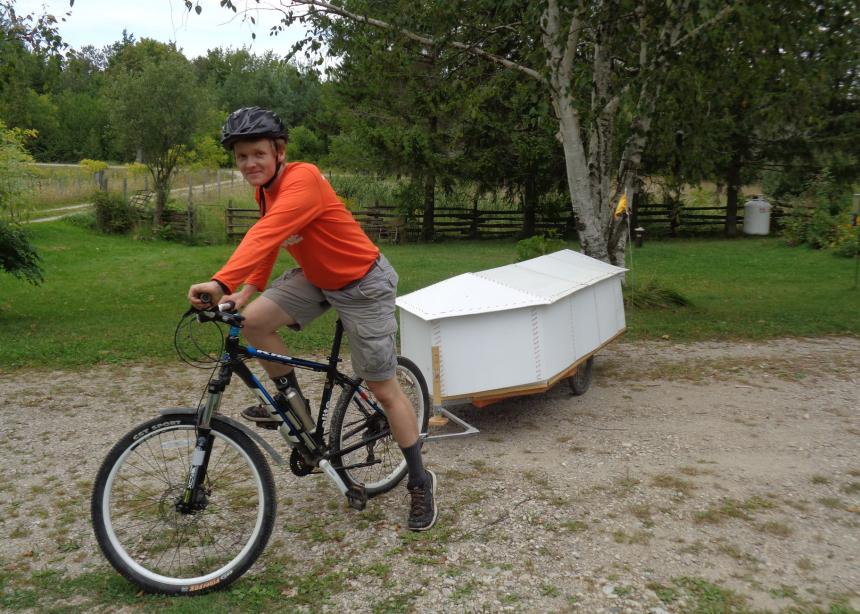 Wiederkehr originally built the trailer for camping purposes. The idea of using it to move back to Grebel occurred to him after he started building it.

Wiederkehr noted that he was able to carry out this decision because of his consciously chosen lifestyle.

“I have a good bike, an appropriate trailer, and a body adapted to biking long distances,” he said, adding that he has been using his bike for an increasingly large part of his transportation over the last few years.

Wiederkehr’s care for creation has inspired his choice to travel largely by bicycle.

“My faith in the generosity and love of God the Creator informs a lot of what I am trying to do with my life,” he said.

“Travelling by bike in an attempt to avoid damage to creation is one of those things. Using my body and mind in this way is an act of gratitude and respect for the gift of the created world and an attempt to show loving care for my neighbours both in space, as they suffer from fossil-fuel-driven wars, and time, as future generations will inherit a polluted world with an altered climate.”

Wiederkehr’s home church, Hanover Mennonite Church, and the small farm that he calls home have also shaped the way that he wishes to care for creation.

What surprised Wiederkehr most about the trip was how much physical energy it took to tow the weight of his belongings for nearly eight hours. He noted, though, that often the most challenging part of long bike trips like this is setting one’s mind to it.

“I think this applies to many changes that we need to make regarding environmental problems: there are many worthwhile things we can do if we will only commit ourselves fully,” he said. “This wasn’t some kind of isolated, symbolic action, but part of a logical progression in changing my lifestyle holistically.”

“I don’t think that what I did is particularly special. It’s within the reach of almost everyone,” Wiederkehr concluded. “So I would encourage you to look for big steps you can take in your own life. I’ll keep looking for them in mine.” 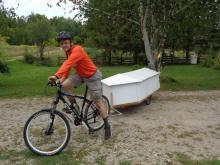