The Wounded Heart of God 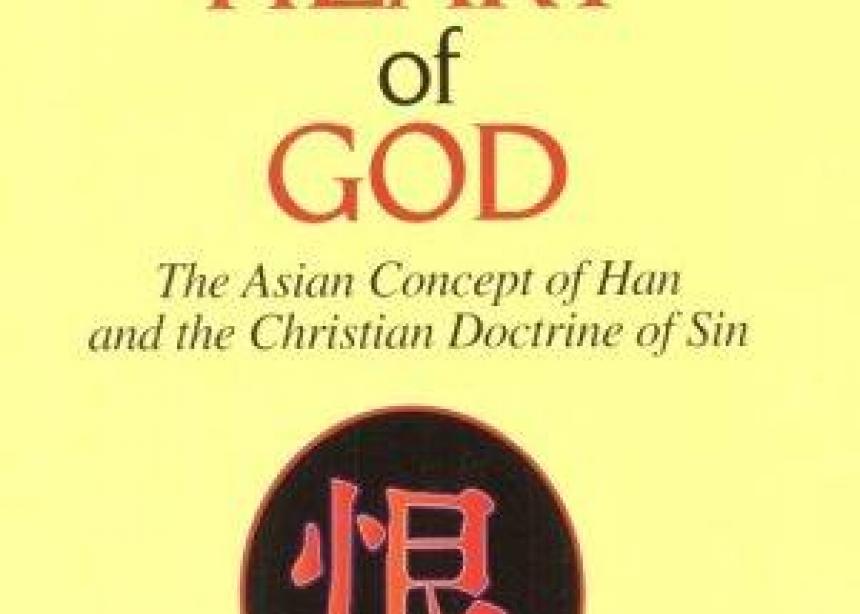 "The Wounded Heart of God: The Asian Concept of Han and the Christian Doctrine of Sin" by Andrew Sung Park is not light bedtime reading. Yet, I think this is one of the most influential theological books that I have read. The thorough articulation of the concept of "han" fills the gap of what I have noticed in trauma studies and trauma healing resources.

Park begins by describing "han" and its effects on individuals, groups, and creation. While similar to the concept of historical and collective trauma, the concept of "han" also includes and overlaps with the experience and physical health of individuals. He quotes a Korean poet, Chi Ha Kim, who explains "han" as the people's "angry and sad sentiment turned inward, hardened and stuck to their hearts. Han is caused as one's outgoingness is blocked and pressed for an extended period of time by external oppression and exploitation." The experience of "han" includes words like bitterness, hurt, suffering, loss of dignity, and shame.
Although there are many causes of "han," Park cites three as dominant reasons: the capitalist global economy, patriarchy, and racial and cultural discrimination. He says that these three systems are "anti-human" and thus "anti-Christian" and that they must be exposed if we are to deal effectively with the "han" in our societies.
Park then looks closely at the Christian concept of sin and the relationship to "han." They are intertwined with each other - victim and oppressor, revenge and cycles of violence - and with dynamics of guilt and shame throughout. There is no clear line, he says. Guilt and shame overlap, as do the experiences and participation in sin and "han." We are all a part of it.
Finally, Park explores what it might take to find the resolution of "han." He states, "To unravel han, we need to comprehend its nature. Han is frozen energy that can be unraveled either negatively or positively. If it explodes negatively, the han-ridden person may seek revenge, sometimes killing oppressors. If han implodes negatively, the han-ful person can slip into a fatalism that might develop into mental disorders or suicide. If han is unraveled positively, it can be converted into the fuel for transforming the social injustice which causes han in the first place and for building up a new community."
This is a hopeful look at an overwhelmingly discouraging topic and unfortunately Park's suggestions are only hints and what this positive unraveling looks like. He affirms that there are four essential aspects: awakening, understanding, envisioning, and engagement. We need to be awakened to our experiences of "han," the causes of it, and how we are involved in both. We also need to seek to understand "han," not just rationally, although trauma healing studies are very helpful, but also intuitively through our emotions, and incarnationally by implementing rational and intuitive understandings in daily life as we encounter people who suffer from signficant "han."
As he moves to the concept of envisioning a new worldview, which reforms the systems that create han, Park calls on the church. He says that the concept of a "cosmic Eucharist" centred on love and reverence for all life is needed for a new worldview and that the global church community is responsible for living out the new systems that are envisioned.
The final aspect of resolving "han" is engagement - the "compassionate confrontation" of "han" in the reality of individual and society's experience. This is the "working with" and "working through" of the ugliness of "han," in order to reach towards healing and a world more like that envisioned. This is the hard part of standing with those who experience violence and suffering and journeying with them on the path to unravelling the "han's thick energy" within them. We need to journey in humbleness and patience, knowing that we are on the same path.
Of course, the reality of this engagement is the difficult part. Yet Park's book offers another worldview for Christians for understanding and talking about the suffering around us. It is one that I think is needed.
Images: