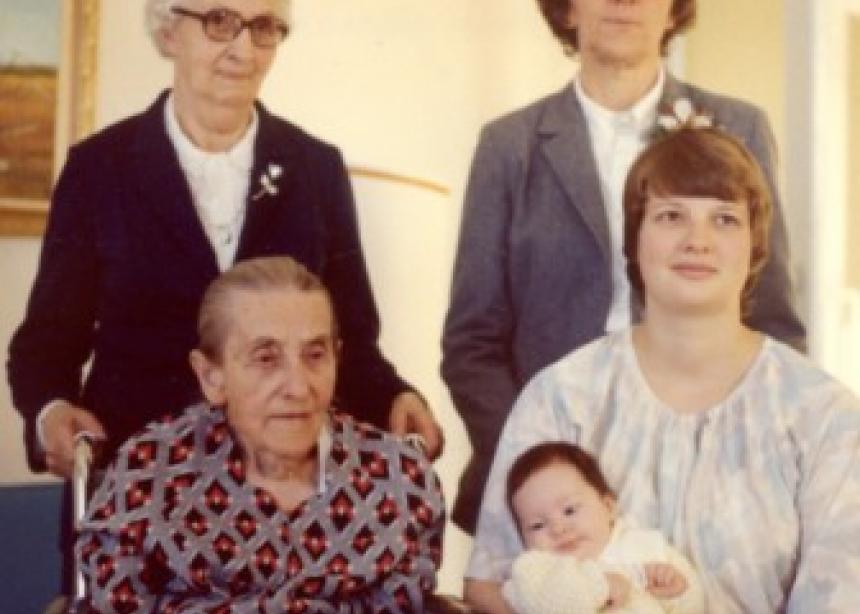 Today I went caroling with a group of about twenty undergraduates at the local retirement home. It was fun to sing, many of the residents sang along, and there were many smiles exchanged all around.

In Maria Archer's research on intergenerational interactions, middle school children participated in a partner program with elderly people from a local residence. As have other researchers, she found that over the year negative comments in journals, discussions, and surveys increased. Interestingly, however, the increase was among more self-reflective comments than remarks about their older partners. There was also an increase in "evaluative" language, which signaled a change in thought patterns from stereotyping to more careful attempts to interpret individual interactions.

Archer suggested that this change came with getting to know people from a different generation, and thus getting to know all the complexities that are part of being human.  In North American societies, children are largely isolated from people nearer the ends of their lives. In fact, each generation often keeps or is kept to itself. Even in churches, Sunday School and worship services separated by ages can continue the divide.

This divide, Archer says, keeps people from learning valuable aspects of life from each other. Young people are growing up with little knowledge of the aging process. Not only does this take away opportunities for empathy and respect for people in different stages of life, it is a cause for concern when these young people begin aging and do not know what to expect.

This is not the case in every society, however. In Korea, several of my friends recall the last years of a grandparents' life as they lived together as an extended family. These moments spent being cared for, then becoming a caregiver, often within a period of 5-10 years, offered opportunities for growth and maturity that western societies, emphasizing "independence," cannot reach. Even being present at the time of a grandparents' death, while traumatic, is also a story that is cherished throughout life as a connection to the generations past.

How can faith communities begin to reach across these generational divides? Is caroling at a retirement home once a year enough? Is there any way to share our lives together more deeply?

I once was told that a human lifetime actually spans from the beginning of the oldest person touched at birth to the youngest person touched before death. That means my birthday is really in Jan 1883, the birthdate of my great-great grandmother shown in the photo. Through the generations and "clouds of witnesses" surrounding my lifetime, I hope to have a hundred and fifty years more to live. 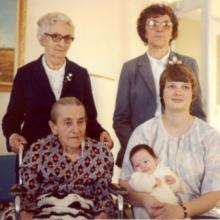 Photo is so beautiful
and i really appropriate your family legacy and your thought!
Amazing ! touched !