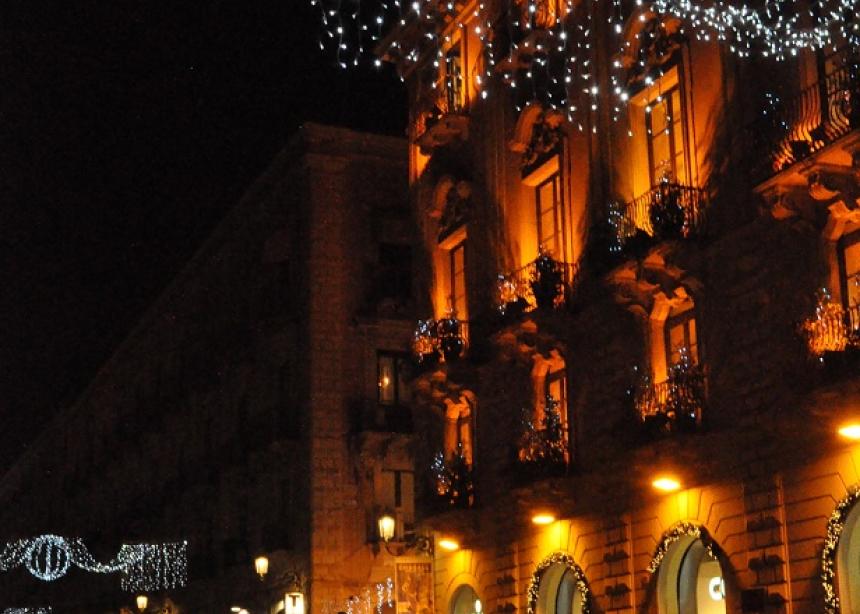 At Christmas time families journey to meet other family members. There is a Christmas tree up in the corner, and some twinkly lights afloat somewhere. Somewhere in the corner there is someone like me, wincing to the sound of so-called Christmas “music” (cough ... noise!), and a grandma or maybe grandpa has just pulled out something warm and baked from the oven. And, most likely, somewhere in a prominent position, on your mantle or even your lawn, you’ve set out the nativity scene.

Last week I attended a conference on migrants and refugee justice, with the World Student Christian Movement (WSCF) in Palermo, Sicily. Since then I am unable to view the nativity scene as anything less than political.

The story that created the nativity scene is extremely political. Joseph and a very pregnant Mary were forced to migrate to Bethlehem because the political imperial structure demanded that they be counted in specific spaces, in specific times. Once they arrived, no one had room for this family. They were rejected by any who might have hosted them, with the claim that “there was no room.”

In a very real understanding Joseph and Mary and an unborn Jesus were forced migrants due to a political situation beyond their control. No one wanted them. I am fairly positive that Mary’s ideal place to give birth was not a barn, but she accepted it in her moment of crisis, when someone made room for them.

At times I wonder if the “no room!” excuse looks like a Canadian’s excuse when greeting a migrant or refugee—that cabin at the lake, that spare bedroom, a room just for the office—not exactly “no room,” when you think about it tangibly, just no room in our hearts.

That historical family didn’t return to Nazareth, their home, for several years. They encountered persecution as the empire tried to kill their holy child. Their status of forced migration quickly turned into refugee status in Egypt. Their story is not pretty; it takes place amidst oppression, violence, displacement and selfishness. However, these are the very reasons it is a remarkable story, because despite all this, peace on earth is the dominant message.

I say this: If you put up a nativity scene, you are in fact saying you are making room for those that others declared they have no room for.

If we make room for the nativity, we declare that we are making room for the forced migrant and the refugee, for that is what the Christ child was.

I encourage you to never look at a nativity scene again without a conviction of being hospitable to a forced migrant and the refugee. You don’t have to fix their situation, you just have to make room—to be a friend, a neighbour, a provider, an encourager, an educator.

If we believe in promoting the Christmas story, we need to be prepared for the politics we are also stating, silently or loudly, as we set up our nativity scenes, because the politics do exist. Luckily, among the Mennonites I know there is a strong response of making space, of living into the reconciling politics of the nativity we so love to portray. I am thankful for you, because—as I travel and discuss the refugee crisis with voices around the world—I can give testament to the faithful responses of my own people.

The question still remains: will you let yourself be convicted by the political nature of the nativity?