How do we respond to the stranger at our gate? 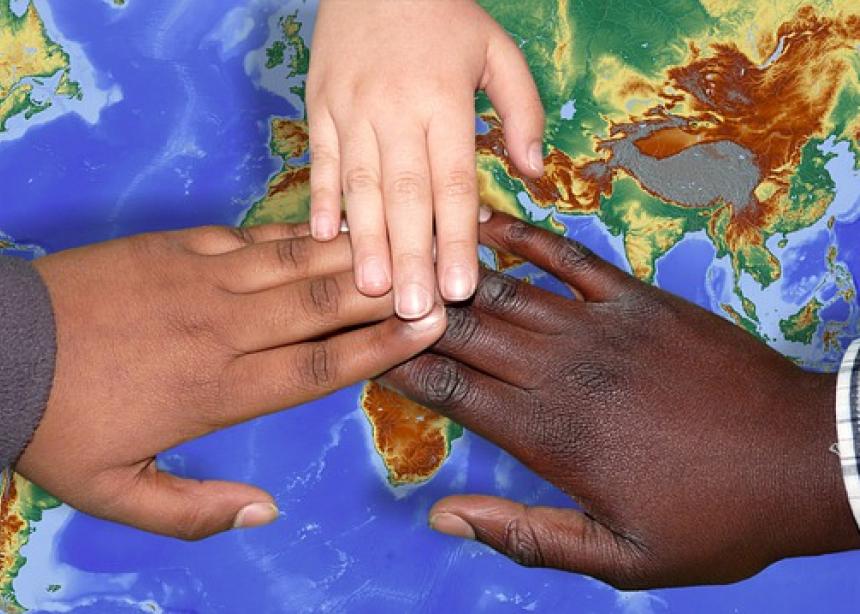 What is a Christian response to migration? While on a day to day basis, I tend to deal with the nuts and bolts issues of refugee resettlement and Canadian and international policy related to it, I regularly ask myself that question.

Migration issues call for these sorts of reflections because there is a moral aspect to them. The issues around migration and forced displacement are, at the heart, issues of national sovereignty, community identity and defining who is in and who is out. As citizens of the Kingdom of God first, we need to constantly ask ourselves if our citizenships in the kingdoms of this world are consistent with our citizenship in God’s kingdom.

As someone who works with immigration policy, I know that the government of Canada takes the issue of who is allowed to be part of this elite club called Canadian very seriously. I joined this club the easy way: my mother was on Canadian soil when I was born. Last year, about 152,000 people joined that club in a more difficult way. They became naturalized Canadians after being permanent residents for at least three years. Before they became Canadians, they had to prove they have been in the country for a certain period of time, take a test about Canada which I suspect many born here would struggle with, prove they were competent in either English or French and finally take an oath of allegiance.

Currently, about 20 percent of people residing in Canada were born elsewhere. Last year the government allowed more than 300,000 new people to become Permanent Residents (PRs) so that they eventually have a chance to join the Canadian Club.

The government has three basic paths to PR status. The largest category is the economic class. If a person has a job offer in Canada or has a skill that is in short supply, they can apply to become a permanent resident. This is Canada’s central motivation for increasing immigration. As the population ages, we need more workers to keep the economy going as more people retire.

The smallest immigration category—ranging from about 9-14 percent over the past 20 years—is the humanitarian category. The humanitarian category includes two types of refugees: those who come to claim asylum on Canadian soil and those identified as refugees in need of protection by a Canadian visa officer overseas. It is this last category that Mennonite Central Committee (MCC) has been focused on for at least the last 40 years through the Private Sponsorship of Refugees (PSR) program.

Through MCC, about 12,500 refugees have been sponsored to come to Canada since 1979.

MCC has rarely been involved with those who make asylum claims (note: in Canada, asylum seekers who come here to make a claim are referred to as “refugee claimants,” however, to make use of consistent language I will call them asylum seekers) within Canada, but it is this group that has made the news more lately as the number of people crossing the border from the U.S. has increased. While the number of people crossing the border has been declining in recent months, this will likely be a point of discussion as the election approaches.

In matters of sovereignty, how we respond to refugees is one area where Canada and other countries who have signed the 1951 Convention on Refugees has partially ceded their right to determine who is legally allowed to enter the country. By definition, a convention refugee is someone who is not a citizen or permanent resident of Canada and declares to an immigration official that they fear persecution in their home country based on their race, religion, nationality, social group or political opinion.

By signing the 1951 Convention, the government of Canada has agreed to consider the reason for each claim and determine whether it is true. If the government finds it not to be true, they can send the claimant back to their country of citizenship. If they find that there is a basis for this fear, the claimant is given a chance to apply for permanent residency and eventually become a citizen of Canada.

Many people come to Canada to claim asylum status every year. Last year in Canada it was 55,030. Canada is seen by many as having a fair and generous process. However, the influx of applicants is much smaller than it could be due to many legal and geographic barriers between us and places of conflict.

While Canada does not get a huge percentage of the millions of asylum seekers each year, some fear that we are too open and that people can take advantage of Canada’s generosity. While there are some restrictions on how and when one can claim asylum status (which are complex to explain) some say there should be more restrictions.

There is a belief by some that asylum seekers should wait in their first country of asylum, typically in a country next door to their own, for us to then select them to come here. That would make sense if that was an option for a substantial portion of refugees who need protection, but it is not. Last year, the UNHCR estimated that about 1.2 million of the nearly 20 million convention refugees were in need of resettlement. Only 55,680 of the people they referred for resettlement were resettled to a place like Canada—about 6.7 percent of those in need of resettlement and about a third of a percent of all convention refugees.

As Christians, do we advocate to expand the meaning of “humanitarian” and let more people come to Canada under a wider definition of fear or suffering? The refugee convention definition excludes a lot of people who are suffering and who desire to leave their current situation. While expanding the humanitarian definition can be one way to respond to human suffering in the world, at MCC we look to solutions, in addition to immigration, to deal with various humanitarian crises.

The root causes of forced migration can include violence, but also economic turmoil or an increasing number of natural disasters which are undoubtedly signs of climate change. Overall, our work in “relief, development and peace in the name of Christ” is more often closer to the source of the problem. That can be more effective and that is what we hear many vulnerable people want.

But we still have a responsibility to the stranger at our gate. At the very least, we need to make sure that the right to asylum is not further eroded by limiting access to it in Canada. If someone declares to us, “I am a refugee,” we must listen carefully and discern. This has roots in Old Testament law which speaks at many points about caring for the stranger in your land.

On my desk at work, I have a copy of Leviticus 19:34 which is a constant reminder of this. It says:

The alien who resides with you shall be to you as the citizen among you; you shall love the alien as yourself, for you were aliens in the land of Egypt: I am the Lord your God.

For us, that care begins by hearing someone’s story and taking it seriously. It continues by inviting them to be a part of our community. That is the process that is rooted in Canadian law.

Brian Dyck is the National Resettlement and Migration Coordinator for MCC Canada. This post originally appeared on MCC Ottawa's blog.