December 31, 2013 | God at work in the World | Number 1
By Donita Wiebe-Neufeld | Alberta Correspondent 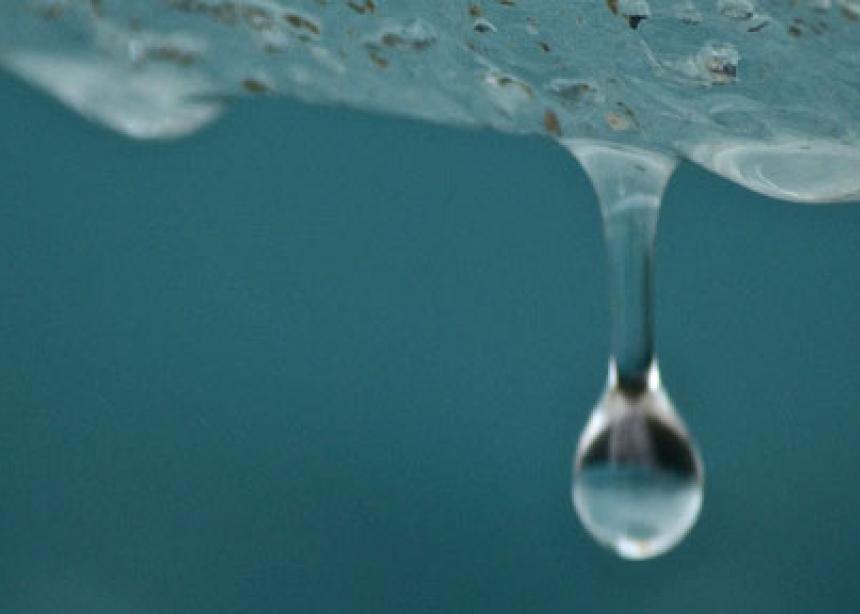 Early last month an open letter to the leadership of Mennonite Church Canada was posted on a website called FossilFreeMenno.org, asking individuals to sign it, identify their home congregation and write a short sentence about why they signed.

However, when contacted by Canadian Mennonite for comment, including why the organizers themselves choose to remain anonymous, the response was: “It would be inaccurate to portray a few people as instigators or leaders, as this arises from a much broader context, inspired by many people over many years. Individual people come with baggage and organizational affiliations that can complicate things. It is a wee experiment in a different way of operating, in which the impetus and responsibility is located in the overall group, not at the top.”

The open letter cites climate change as a critical and time-sensitive issue for the church. While commending MC Canada for its involvement in the issue thus far, especially executive director Willard Metzger’s work, it calls for further steps to be taken.

The “fossil-free” movement taking hold in many institutions around the world encourages divestment from companies at the heart of the oil and gas industries. The FossilFreeMenno letter asks leaders to “commission a study that would provide specific options—based in part on what others have done—for fossil fuel divestment. These options should be geared to MC Canada itself as well as other investing entities within the MC Canada family (schools, NGOs, etc.) and individual church members. Results of the study would be presented at Assembly 2014 in July.”

“The initiative is one manifestation of broader discussions and actions about climate change within MC Canada circles in recent years,” states the unsigned FossilFreeMenno e-mail. “The goal is to collectively raise awareness and inspire action in relation to the ecological crisis facing us all. Responding, we pray, to the move of the Spirit, our hope is to gently and courageously encourage discernment about these matters within the MC Canada faith community.”

Metzger says he is interested in the initiative. “My response is not one of rejection, but that we would need to do further exploration,” he says. “Certainly we would want to consult with the Creation Care Network and work closely with them.”

MC Canada’s financial and staffing limitations pose some problems, he says. “The call for a study would take funding. We’re not able to initiate that quickly.”

Joanne Moyer, a council member on the Mennonite Creation Care Network, a binational Christian organization affiliated with MC Canada and MC U.S.A., has signed the open letter, but hastens to say she has done this personally, and not on behalf of the network, which has not discussed it yet. “I think divestment is a good option we should explore, but people should not feel limited by this choice,” Moyer says.

She is interested in engaging in discussion between the network and MC Canada, but says, “We have very little capacity [funds and leadership availability]. That would be our major limitation.”

How wonderful that you Mennonites are carefully showing leadership on this issue! My own organization (Citizens for Public Justice) would appreciate knowing if there is, in the tremendous tradition of Mennonite ethical investment work, an institution where funds could be placed with the assurance that the 200 largest GHG emitters are not included in the asset mix.