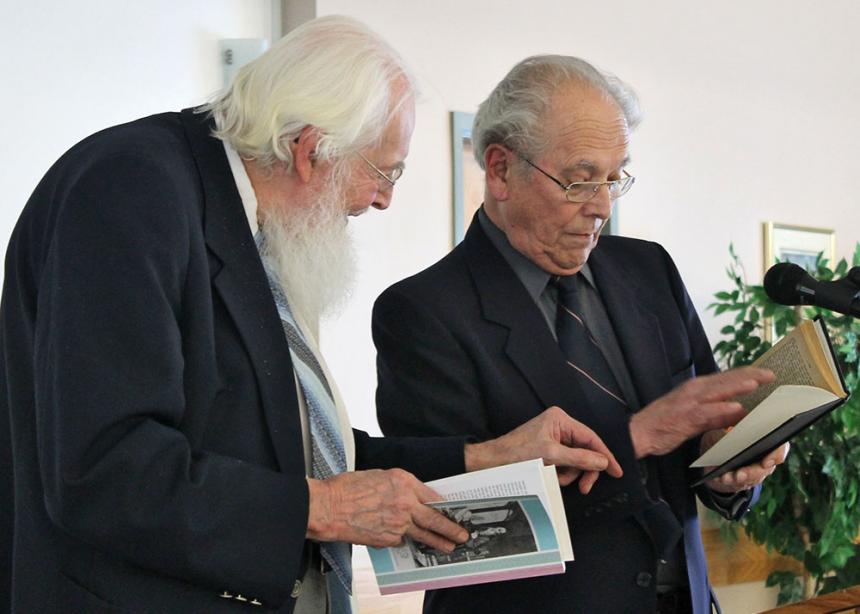 “This book launch is 141 years late,” quipped historian Walter Klaassen. He was referring to the recent event celebrating the translation of his great-grandfather’s book, History of the Defenceless Anabaptist Churches from the Times of the Apostles to the Present, that was published by the Mennonite Historical Society of Canada in late 2013.

Translating the book afforded Klaassen an opportunity to get to know his ancestor, Martin Klaassen, a Prussian-born teacher in the Trakt Mennonite settlement along the Volga River. The Trakt and Molotschna churches commissioned the original 1873 work in response to the threat of military conscription.

Martin believed that throughout the church’s history, there had always been groups of believers who practised nonresistance. He was particularly drawn to the Waldensians, who lived in poverty as a backlash against the church’s wealth and power. Until the Reformation, he maintained that pockets of Waldensians continued to exist, and wherever they were found, Anabaptist groups came into being.

He was impressed by the Anabaptists’ readiness to embody their convictions at a time when it was dangerous to do so, and he greatly admired their single-minded commitment and willingness to pay the price for it.

Adult baptism was also important to Martin. He believed that eventually the whole church would adopt the practice as well as the teaching of non-resistance.

Commenting on the relevance of his great-grandfather’s work for today, Walter stated, “The commitment to deal with human conflict without violence is never out of date.”

He also suggested that “the day is not far off where the baptism of adults will become the norm.” Churches that rely on infant baptism for growth have diminished as commitment to them has waned, so it may well be, in the not-too-distant future, that when baptism takes place in these churches it will be the baptism of adult believers, Walter said. 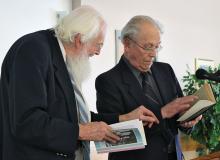 Great to hear the this material has been translated for the modern-day reader. Great-great-grandfather Martin certainly put his life and effort into this work.