Young adults challenged to be generous during assembly seminar 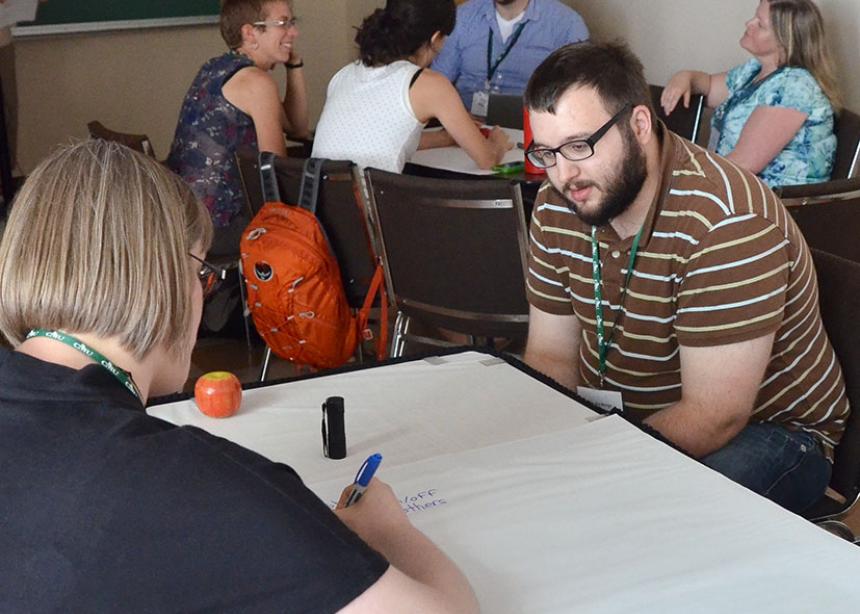 What might a flashlight symbolize about how you were brought up to believe about generosity?

That was one of the questions faced by participants during a weekend seminar at Assembly 2014 that aimed to get young adults thinking about the way they use their money. Arnie Friesen and Dori Zerbe Cornelsen, stewardship consultants for Mennonite Foundation of Canada (MFC), led the seminar, entitled “Wild generosity and young adults.”

The 12 participants were divided into three discussion groups and each was given a small object: a flashlight, a world globe and a children’s toy.

The first group said that generosity, like the flashlight, is powerful when it is used properly. It comes in different shapes and sizes, and it can help others.

For the second group, the world globe reminded them that generosity can be far-reaching, and that now, more than ever, the world is getting smaller. Christians are aware of what is going on around the world, and of the different needs faced by people in countries all over the globe.

The third group was given a kendama, a traditional Japanese toy consisting of three cups attached to the centre of a wooden spike, with a ball connected to it by a string. The group reported that, just as there are different ways to play with the toy, there are different ways to give, and, just like playing with the kendama, generosity can be alternately frustrating and fun.

The time of reflection led to a wider discussion about how people’s values about money are shaped, and how Christians might be generous with their money.

Friesen, who works with MFC in Abbotsford, B.C., noted that many people today buy things they don’t need with money they don’t have to impress people they don’t like.

The seminar was an assembly highlight for Pierre-Joël Koop, who got married at the end of June and attended the seminar with his wife, Rebecca Steiner. Koop said he and Steiner have been discussing their views on finances, particularly budgeting and generosity. “We’ve certainly been receivers of generosity in our lives, so we want to give back,” Koop said. The seminar “made us want to set up a meeting with [Cornelsen] in the very near future.”

Carrie Martens, a pastor at Stirling Avenue Mennonite Church in Kitchener, Ont., also enjoyed the seminar. “Doing exercises where we reflect is often the best thing,” she said. “Sharing stories is better than just receiving information.”

Martens graduated with a bachelor of arts degree in 2006 and a master of divinity degree in 2011. Today, at the age of 37, she may not be a young adult, but she finds herself in the same situation as many young adults: getting established in the working world and paying off student loans.

Martens said there is a misconception today that young people don’t want to be generous. In her experience, young adults are generous, but that generosity looks different than it did a generation ago, when generosity was tied predominantly to financial giving. “I experience young adults as incredibly generous, just in different ways,” she said. “They do things like resource sharing and giving of their time.”

Zerbe Cornelsen and Friesen alluded to different kinds of giving during the seminar, and challenged participants to give even if they are not as financially stable as they would like to be.

Friesen related the story of one 30-year-old woman he knows in the U.S. She and her husband have a combined student debt of $120,000, but have still committed to making financial donations as they work to pay off that debt.

Zerbe Cornelsen ended the seminar by encouraging participants to think about creating a generosity plan and making financial giving a topic of discussion with friends.

“There is abundance,” Zerbe Cornelsen said. “We need to figure out how to work together to make that available to all.” 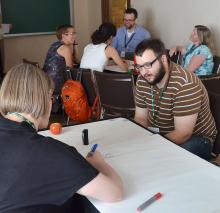