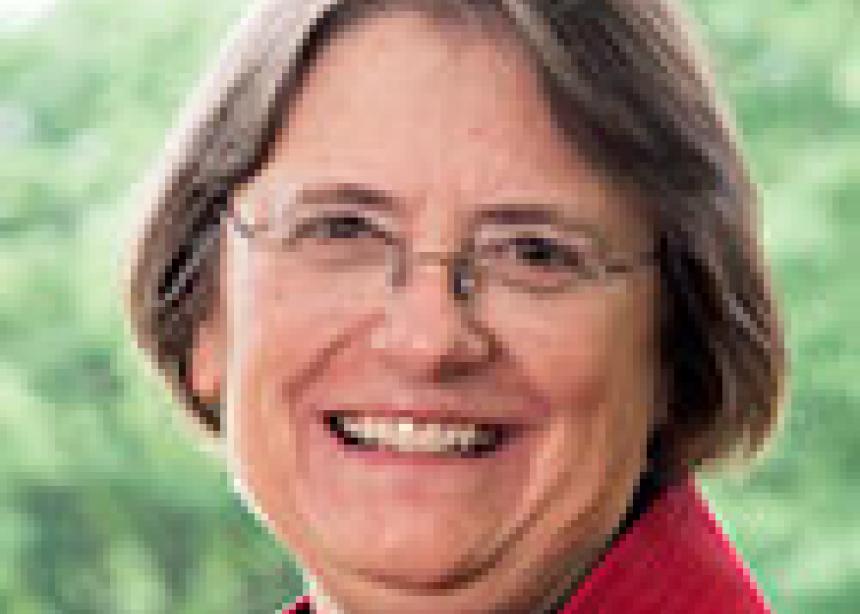 Last year, in February and March of 2012, AMBS faculty did significant work to review the seminary’s history with Yoder and to come to a shared agreement that guides how we teach, critique, interpret and use his work with integrity, recognizing the significance of his theological work and the harmfulness of his actions. This Faculty Statement is posted on the AMBS website (http://ambs.edu).

In addition to the hard work our AMBS faculty has done to interpret the complicated ironies of Yoder’s legacy over many years, I want to add a personal word.

As the current president of AMBS, I’m committed to a new transparency in the truth-telling that must happen. We must strive to get the facts straight, to acknowledge healing work that has been done and to shoulder the urgent healing work that must still be done.

The renewed outcry (“What’s to be done about John Howard Yoder?” by Barbara Graber on ourstoriesuntold.com) for truth-telling about what really happened and what didn’t happen in the 1970s, ’80s and early ’90s has deepened my resolve and the resolve of Mennonite Church U.S.A. leaders, including executive director Ervin Stutzman, to continue the healing journey.

I was not close to the Yoder saga when it was unfolding, and only heard him speak once during his visit in 1997 to Harrisonburg, Va. Now, as I review the written materials about him and talk to people, I am dumbfounded—appalled—at how long it took for anyone in authority to publicly denounce his harmful behaviour.

I am also keenly aware that I was not there. I do not presume that I would have done things differently at that time. I thank God for all the faithful and arduous labor that was exerted under extreme stress to stop Yoder’s sexual abuse and to listen to the victims, as ineffective as it proved to be for many years.

As AMBS professor Ted Koontz said elsewhere, “The women who experienced sexual and power abuse by John personally have far too long been sidelined—along with others who were directly abused by other church leaders—and are rightfully at the centre of our concern. I nevertheless am aware the hurt caused by John’s behaviour was and is far-reaching. That circle of hurt includes some who carried major responsibility to work at stopping his abusive behaviour, who were unsuccessful and who were burdened by weight of that failure.”

True, there was confusion about who Yoder should have been accountable to, with various influential church leaders and institutions continuing to send him all over the world even as AMBS leaders of the time discouraged his use as a resource. It took far too long to realize how he was out-manipulating people who sought to confront him, along with providing his own theological rationalization for his sexual activities.

But it’s time to say frankly that we have fallen short. Even those of us now in leadership, who weren’t remotely involved at the time, must commit to the deep listening needed to get the facts straight. What did actually happen? What was done to address it and what was left undone regrettably, or done poorly, in retrospect? Who suffered because of that failure? Who was disbelieved for too long, even as an abuser was allowed to continue his globetrotting ministry without public censure? In what ways would we respond differently today, given the benefit of hindsight and so much learning in the meantime?

Yes, Yoder’s ministry was and is an exposition of the gospel that is reaping an enormous blessing. Thanks be to God! This flawed man was gifted in ways that allowed him to grasp radically good news in the gospel that needed retelling, reimagining.

Ironically, it is because of that gospel that we can fearlessly call sin what it is. The far-reaching hurt of the evil that was perpetrated and allowed to fester too long must be more fully and publicly acknowledged. It is then that we can move into deeper healing and reconciliation. May it be so!

Sara Wenger Shenk is president of AMBS. This reflection originally appeared on her ‘From Practicing Reconciliation’ blog and was first reposted online at The Mennonite (themennonite.org). 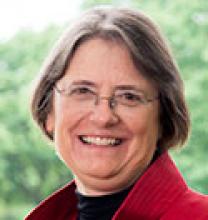 I am so incredibly relieved you reprinted this timely and vastly important article by Sara Wenger, my cousin. This piece is not only timely but overdue. I am so glad Barbra Graber has finally been heard and taken seriously, knowing she's been talking about this and other similar issues for decades, often not 'heard' or 'taken' seriously! Thank you, thank you, editors at Canadian Mennonite for reprinting Sara's piece here.