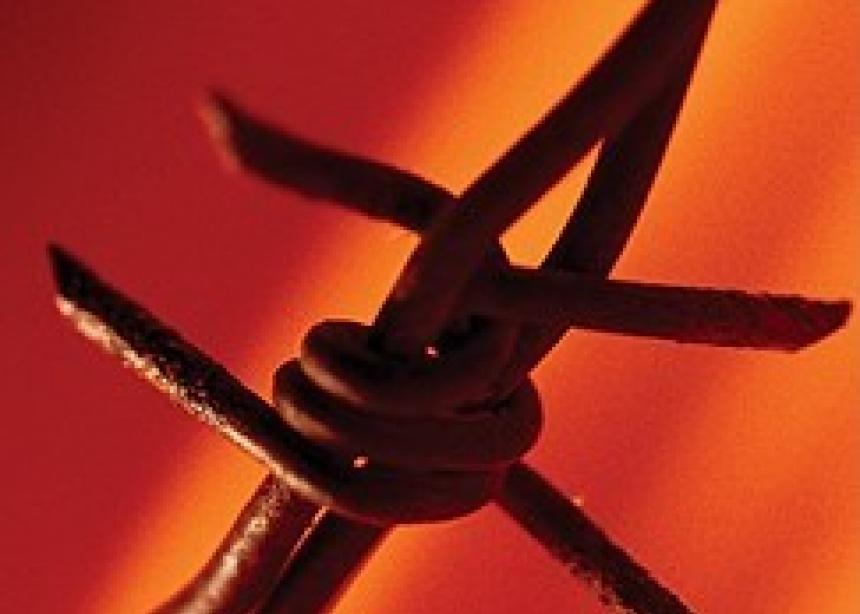 In this wonderfully crafted booklet, the last before his untimely death, Reimer gifts his readers with a succinct summary of a topic that has preoccupied much of Christian theology. The genius of this work lies in a careful and eminently fair portrayal of how warfare has been understood in church history. He situates each perspective on war—pacifism, just war, and crusades—in its social, political, and theological setting showing the many nuanced twists of meaning through time.

Reimer also places his own view on the subject in context. He rejects the non-resistance of Guy F. Hershberger and then with a nervous nod to John H. Yoder’s peace theology, he briefly presents his own “pacifism” under the heading, “Policing, Human Security, and the Responsibility to Protect.” Here he argues for an account of peacemaking that transcends both Hershberger and Yoder. He summarizes as follows: “My position would be that Christians should support policing as an alternative to war, even though the threat of lethal force may occasionally be necessary” (170).

While I enthusiastically recommend this book, I raise two questions for further reflection. The first has to do with the distinction between policing and just war. I question whether this distinction is as significant as Reimer proposes. Quite apart from its danger in underwriting the current logic of American international politics, which is after all premised on the notion of the superpower as international police, I suggest that the distinction is theologically significant only when policing is unpacked as a form of non-violence. Given Reimer’s rather general description of policing which includes the threat and possible use of lethal force, one wonders whether this is not merely a refinement of just war logic. Hence I would argue that the promise of policing as an alternative to war, especially in assisting defenseless populations, lies in its ability to be conceived as a pacifist option. So policing as an alternative to war which carries with it the threat and use of lethal force adopts too much of the logic that currently has residence in the house of just war thinking.

The second question has to do with Reimer’s language of faithful Christian action. His passion for those who are caught in powers of violence and injustice—a passion that is linked to the passion of Christ, and hence should not be questioned—leads him to the conclusion (unwarranted in my view) that we must do what is necessary to change their lot. It is the last part of this sentence—do what is necessary—that leads Reimer to a view of responsibility that I believe is in tension with Christ’s call to his disciples to take up the cross. It is certainly true that there are times when we cannot see how policing without the threat and use of lethal force will overcome injustice, as it is equally true that we cannot always see how non-violent strategies will do that.

This then leads to two fundamental options: one, that since we confess that God is in charge we stand in solidarity, lament, and agony with the suffering ones as signs pointing to a hope in God’s redemption—as did Christ in the Garden of Gethsemane; and two, that we explore the responsible use of violence. In opting for the second approach, it seems to me that Reimer undervalues the vision of the Christian gospel which he in so many of his other writings passionately affirms, namely, the mysterious redemptive presence of God in ways beyond the human imagination. In a way, I am asking that the Trinity—the subject of his last chapter—do more work in shaping his view of moral agency. For I wonder whether mysterious, crucified God looks that kindly on human necessity.

Hello,
The concept of R2P follows the 1650 Papal Protest against the Treaty of Westphalia of 1648 doctrine of non-intervention in domestic affairs of other countries. In historical perspective, this doctrine often opens more possibilities for war, rather than less, which is also a human rights problem.
Since God makes righteous, do we need to re-open the policing role of selbstschutz in 1920s South Russia as a Mennonite example of how young men have faced this problem ?
I shall reserve further comment until I see the book.
James A Neufeld
Winnipeg