Reading the Bible with the damned 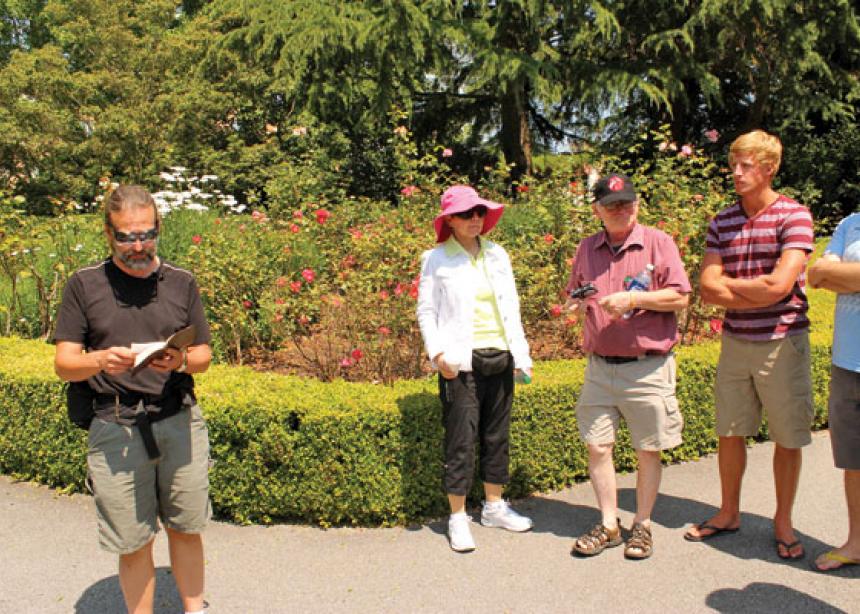 Brandt chose verses from Genesis to Revelation and took the sightseers to Minoru Garden, to Vancouver’s City Hall, to Victory Square (a war memorial), to the edge of West Hastings Street, to Mountain View Cemetery, and to Oakridge United Church/Global Community Church.

According to Brandt, a professor at Columbia Bible College, “We too often read the Bible from the perspective of the privileged and so we concern ourselves with the formulation of cute doctrines and dogmas rather than allowing the Bible to facilitate God’s transformation in our lives.”

Brandt took the group to the cusp of East Hastings, one of the poorest areas of Vancouver, known for prostitution, drug addiction, and social injustice. The people who live there tend to be judged as “damned” or “sinners.”

“Jesus concerned himself primarily with social outcasts, reserving his barbs for the conservative religious establishment,” Brandt said in his blog about the workshop.

According to Kyle Berg, a delegate from Emmanuel Mennonite Church in Winkler, Man., said God was visible in the various settings.

“I really liked seeing God in places you don’t expect to see Him. I saw Him during the walk from the waterfront to Hastings because you could see God at work in one of the richest areas of the city but also the poorest.”

Another participant, Corey Hildebrand, also a delegate from Emmanuel Mennonite Church appreciated the contextual nature of the day.

The Word on the Street workshop took place on both Friday and Saturday.