Paying attention to the words we sing 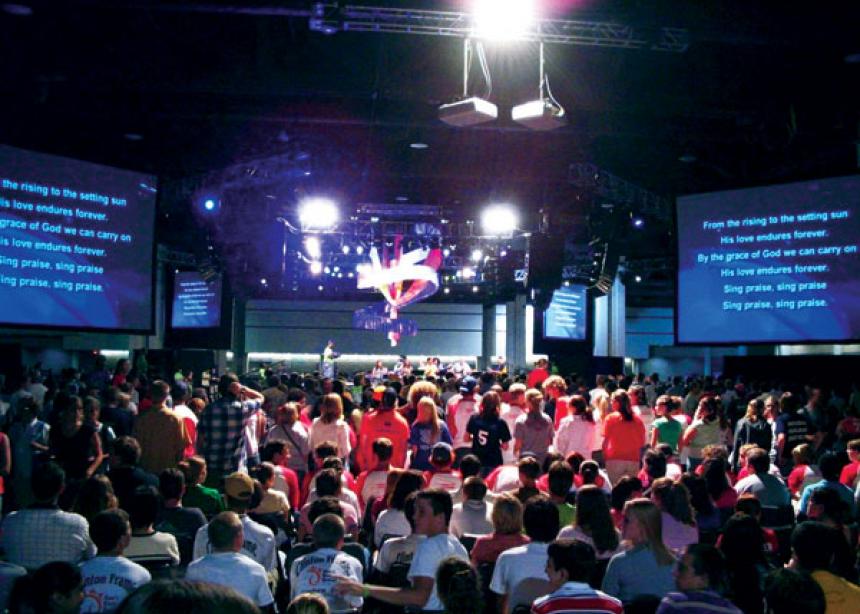 If New Testament scholar Gordon Fee’s statement, “Show me a church’s songs, and I’ll show you their theology,” is really true—and I believe it is—why do we seem to pay so little attention to the texts of the songs we sing?

In many congregations, far more attention is focused on the musical style of our worship songs than on the words we sing. We debate the merits of traditional hymns, gospel songs, praise and worship music, and songs of the global church. We argue over the use of praise bands and organs, unison singing and four-part harmony. Many of us are so focused on musical style that we’ve even named our services accordingly: we speak of “contemporary,” “traditional” or “blended” worship.

In all the workshops and seminars I do, people frequently want to talk about musical style. The question of the text—the words we sing—rarely comes up.

Historically, the word “hymn” referred to the words of a song. Hymns were poems of faith. Early hymnals resembled books of poetry, and rarely included music. Tunes were interchangeable and often used for a variety of different texts. The practice of “interlining” the words of a text between the lines of music wasn’t generally done until the late 19th century, and then primarily in North America.

There’s no question that music is important. But how carefully does your congregation choose the song texts it uses in worship? Who evaluates the words you sing? How healthy and balanced are your textual choices? What might be missing?

Consider some of these questions.

To whom are we singing?

How clearly do our songs identify the God to whom we sing? I recall being part of a worship service where God was not clearly named until the start of the sermon. In all of the songs and comments to that point, God was referred to simply as “you.” As worshippers, we were left to draw our own conclusions about who this God was that we were singing to.

What about the triune nature of God?

Are the songs we’re singing rooted in our understanding of the Trinitarian nature and activity of God?

A few years ago, Lester Ruth, professor of worship at Asbury Theological Seminary, Wilmore, Ky., studied 72 top contemporary songs used in North American worship over a 15-year period. He discovered that only three of the 72 songs referred to all three persons of the Trinity. Four songs referred to God as Father, and only six referred to the Spirit. Jesus was named most often, appearing in 32 songs.

Robin Wallace, professor of worship at Methodist Theological School, Delaware, Ohio, discovered much the same thing in a similar study. Of the 47 texts he looked at, 11 songs addressed God as an ambiguous “you.” Almost half of the texts made no direct reference to Jesus or any part of his life, death and resurrection. The Holy Spirit was only mentioned in five songs.

How well do our songs reflect the Trinitarian nature of God? Does it matter if a majority of the songs we sing are directed towards only one or another person of the Trinity? What difference might that make to what we believe about God, or about how God is at work in our world?

One of the characteristics of contemporary worship music is the focus on “I” in worship songs—songs that reflect private religious feeling, and which express the desires and commitments of individual worshippers, rather than the gathered community.

This isn’t a new phenomenon. We can find numerous examples of “I” hymns from centuries past. What’s worth noticing today, however, is that these songs are now surrounded by a larger worship culture that increasingly understands the life of faith as an individual journey. For many today, weekly worship is not seen as a corporate activity—a conversation between God and the gathered community. Instead, it’s seen as a private encounter—a conversation between God and me. We may all be gathered in the same room for worship, but the conversations are often private ones.

As Anabaptists, we believe that the faith Jesus calls us to is not simply a private, solitary faith. It is faith lived out in community.

Tertullian, a church leader from the fourth century, wrote: “One Christian is no Christian.” How well do our worship songs reflect this reality? Do we have a healthy balance of “I” and “we” songs in our worship?

What do we sing about?

We’ve all heard people comment about the “shallowness” of contemporary worship music. In my experience, the shallowness people sometimes experience is directly related to a lack of balance between songs about God’s attributes and God’s activity. Singing about God’s faithfulness wears thin unless we remember the ways in which God has been faithful. Our praise and worship of God is best rooted in our recognition of what God has done.

In the same way, it’s important to balance songs of revelation with songs of response. One of the best gifts contemporary praise and worship music has brought to the church has been the gift of response—songs that offer worshippers a chance to sing directly to God, instead of primarily singing about God. But an exclusive diet of response songs can lead to worship that is more about me and how I feel about God than it is about who God is and what God has done.

On the other hand, if we just sing songs of revelation—songs that point us to some objective truth about who God is and how God has acted—but rarely have a chance to respond to what that truth means in our lives, then our worship can easily remain at the level of information only, and never bring us to a place where real transformation can happen.

Songs of revelation naturally lead to songs of response. A healthy diet of worship music seeks to balance revelation and response.

Balance is also important when it comes to the range of emotion expressed in the songs we sing. Praise is important, but if we want our relationship with God to be honest, praise alone isn’t enough. Our worship needs to make room for a wide range of emotion and response.

There’s also the matter of balancing the imminence (nearness) of God with God’s transcendence (otherness). Both views of God are true: God is both companion and creator. How well do our song texts hold these truths—intimacy and awe—in tension with one another, so that God is neither too approachable nor completely out of reach? How well do our overall song choices balance texts like, “O Lord, you’re beautiful, your face is all I seek,” with texts like, “Immortal, invisible, God only wise, in light inaccessible hid from our eyes”?

Like it or not, the texts we sing are directly related to musical style. Different musical styles bring with them different kinds of texts. My own decision to use a variety of musical styles in worship is not based primarily on musical considerations, but on a concern for the texts that accompany those different styles.

Healthy worship includes scriptural texts, traditional texts and newly composed contemporary texts. It balances finely crafted poetic texts to which we can return again and again with colloquial texts written in the immediacy of the moment without regard to literary quality. It values texts that speak to God, texts that speak to one another, and texts through which God speaks to us. It seeks to include texts from both the global Christian community and our local Christian communities.

Just as in conversations with one another, our dialogue with God is enriched by a wide diversity of content and style, both textual and musical.

If our worship is to rise above mere entertainment or education—if we truly believe that worship is a conversation between God and God’s people—then the words of that conversation need to be chosen with great care.

Christine Longhurst is a sessional instructor at Canadian Mennonite University, Winnipeg, Man., and regularly leads workshops on worship across Canada. Visit her blog for worship planners and leaders at re-worship.blogspot.com. Meetinghouse is an association of North American Mennonite, Mennonite Brethren and Brethren in Christ publications. 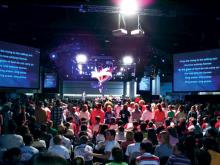 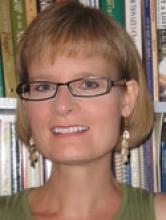