Not her gender, but her age that’s an issue 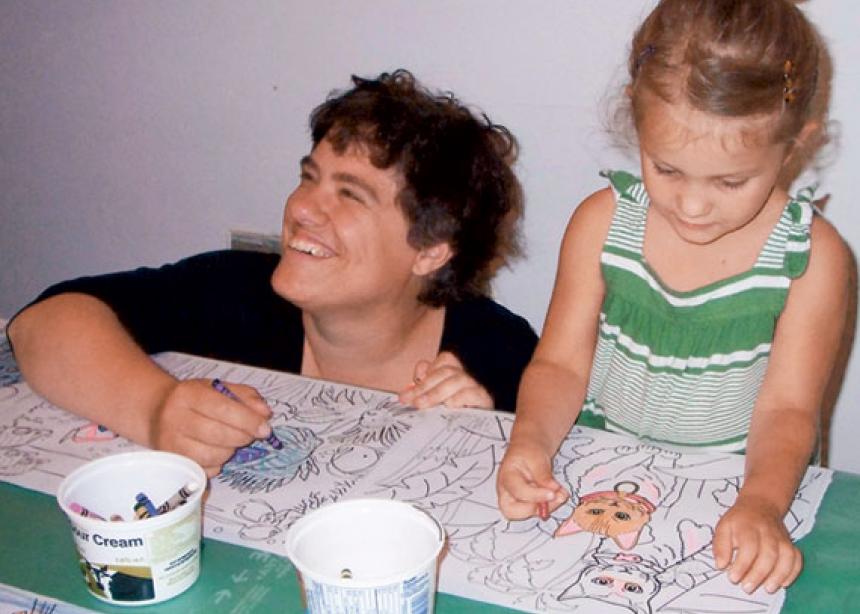 Recently ordained, Emily Toews—at 35—is the youngest female lead pastor in Mennonite Church Saskatchewan. She has served for four years at North Star Mennonite Church in Drake, and clearly enjoys her work.

Growing up in Leamington, Ont., Toews experienced an average Canadian life. “My dad worked at Chrysler; my mom was a nurse,” she says. Together with her family, she attended North Leamington United Mennonite Church. The youngest of three girls, she knew from an early age that she wanted to serve God. “I always wanted to do something for the church,” she says.

There were no surprises when she decided to become a pastor. Her family was very accepting of her decision, she says. No-one raised an eyebrow. Rather, she understood from her parents that simply by being a child of God she was welcome to pursue her calling to serve in the church.

Although she experienced equality in the home, Toews says she did not see it in the church. Growing up, she knew women could be Sunday school teachers and missionaries, but it ended there. “In the late ’70s, early ’80s women were not in leadership,” she recalls. “They were not pastors, not deacons.”

She questioned that in her teens. “We couldn’t even have women as ushers,” she says. “I wondered why women couldn’t welcome people into the church.”

After North Leamington opted out of German-speaking services, Toews noticed changes in her church. It seemed to coincide with a different approach to picking leadership. Instead of calling lay pastors from within the congregation, the church began to hire pastors.

During her teen years, Toews began to participate in worship by reading Scripture. Later, she was also elected as an elder.

After attending United Mennonite Educational Institute (now UMEI Christian High School), Toews decided to get some Bible knowledge under her belt, believing she was destined for missions. She acquired a bachelor of theology from Canadian Mennonite Bible College, Winnipeg, Man., graduating in 1997.

“If I’m going to be a missionary, I’m going to need a trade,” she reasoned, so she went back to school and obtained a bachelor of education degree from the University of Winnipeg in 2000.

After teaching at UMEI for just over three years, she knew she needed to do more. It was back to school she went, this time down to Associated Mennonite Biblical Seminary, Elkhart, Ind., earning a master of divinity degree in pastoral care and counselling.

Prevailing attitudes among Mennonites about women in leadership have changed a lot. Now in her mid-30s, Toews readily admits that she felt no opposition from her home congregation in Leamington about pursuing her desire to serve in the church. Not having arrived on the scene embattled and embittered because of restrictive roles or power struggles means Toews has energy left to love others.

And, as Toews breezily observes, in Mennonite circles it isn’t her gender but her age that sometimes causes difficulties. “For my generation, there was never a question that there was something we couldn’t do because we were women,” she affirms. But she has seen where she is not listened to in the same way because of age-related inexperience. 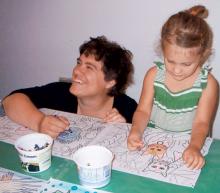