A matriarch, a passion and the gospel 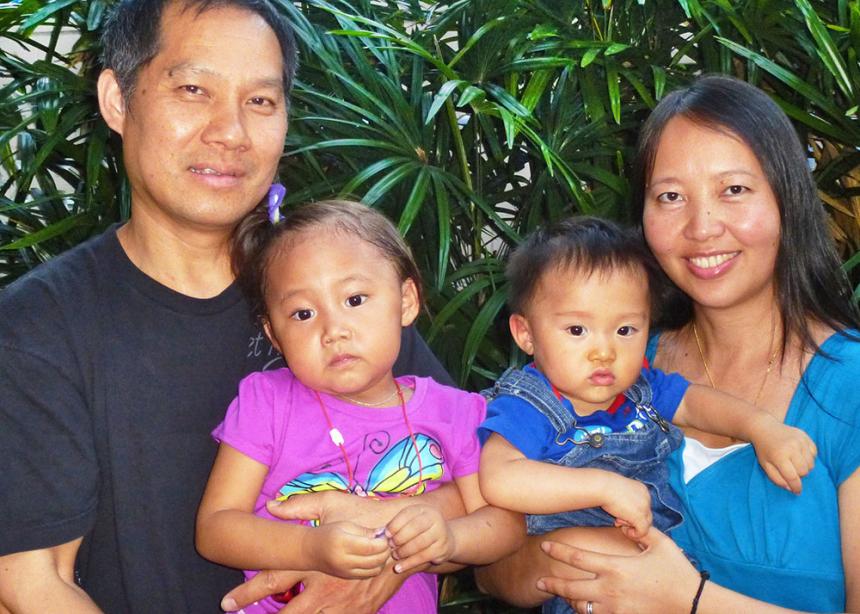 Tom Poovong’s passion for sharing the gospel was first fuelled by his mother, a woman he describes as deeply spiritual and abundantly generous.

Tom was just 15 years old when his parents and seven siblings emigrated to Calgary from Laos in 1980. In those early years, his mother, Bouying Poovong, would trundle her children onto a bus each weekend and commute to downtown Calgary in search of a Buddhist temple. Not finding one, they attended a Catholic church for a time.

She eventually met some Mennonites via connections with other Laotian immigrants. The family initially began attending First Mennonite Church in Calgary. As a teen, Poovong recalls how a faithful church member with a station wagon would pick up the large family on Sunday mornings.

The more the Poovong family learned about Jesus, the more deeply they became involved in the church, says Tom, who has since studied at Southwestern Baptist Theological Seminary in Fort Worth, Tex.; been in ministry with the Lao Mennonite Church; led Bible study groups; served on the refugee committee at Trinity Mennonite Church, DeWinton, Alta.; started a house church, worked at a Mennonite Central Committee thrift store; owned and managed convenience store franchises; and installed granite countertops.

But much changed over the last year. In the summer of 2013, Tom and his wife Christine accepted a Mennonite Church Canada church-planting assignment in Thailand, where Christine grew up. They are currently settling there with their one-year-old son, Joseph, and recently adopted three-year-old daughter, Phimchanok.

Both Tom and Christine cite their families as inspirations for their faith.

Tom calls his mother an evangelist. At 74, she has travelled back to Laos several times to share God’s message of love with anyone who will listen. On her first trip back, she personally financed the drilling of a well in her home village.

Christine, who also has six biological siblings, grew up as an adopted child of Canadian missionary parents in Thailand, Al and Terry Purvis. The Purvises opened the El Shaddai children’s home in Thailand in 1982, in response to an influx of orphans resulting from the Vietnam War.

“The most important [thing in life] is to obey God’s call,” says Tom of his desire to plant a church in Thailand. “When a person receives something so big and sometimes even confusing, we cannot escape God’s call. My experience of moving from a war-torn country and getting to know many God-loving people in the Mennonite community was really something for me. Growing up in two cultures, it seems like God was constantly calling on me to bring good news to the people.”

The Poovongs, now married for 15 years, are excited to work with MC Canada to help form new Anabaptist Christian communities in northeast Thailand. They are now based in Khon Kaen, about 90 kilometres from where former MC Canada workers Pat and Rad Houmphan established the first Anabaptist congregations in Borabu and Ban Daeng. Key to the process will be small business and economic development, and building relationships with other Mennonite/Anabaptist groups in the country.

See an update on the Poovongs' ministry at "Ride for Refuge to support ministry in Thailand." 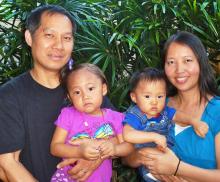