Learning from my Grosspa about the voice of God 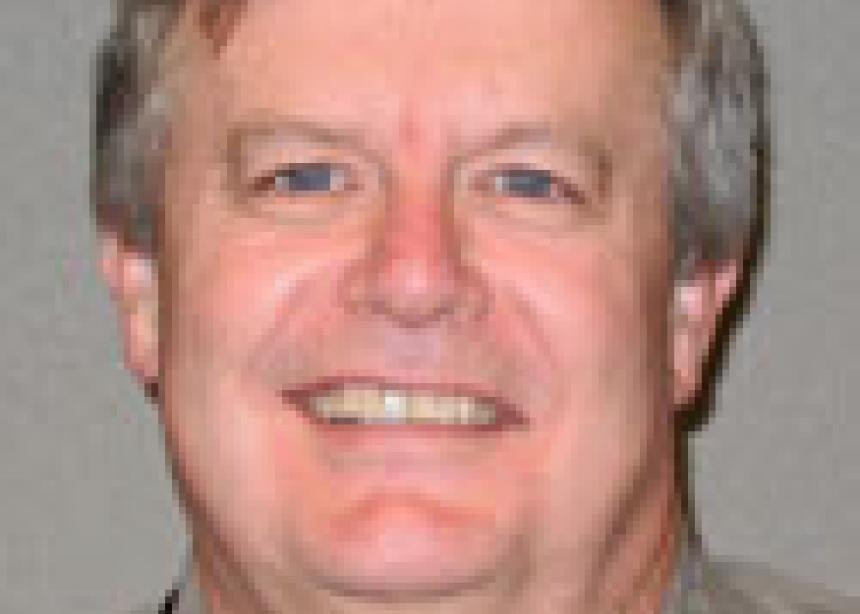 In my earliest recollection Jacob Janzen was 60-something. He was not the oldest person I knew and rather undistinguished. He came walking tiredly up the sidewalk to the house in his rubber boots and a kepi—the sort of hat factory workers wore in the 60s, not quite a ball cap, but billed with a pill-box sort of shape. This retired farmer had just come home from Pyramid Canners where he worked as a labourer.

This man of average height was slightly myopic and balding. He lit up when he saw us calling him, “Grosspa! Grosspa!” He gathered us, young cousins and siblings, all on a sunroom couch, to marvel us with his brilliant “finger magic.” Then, patiently, he waited as each of us clamored to master these skills. We were a raucous crowd on that couch, squealing with delight as one or another “got it.” Amidst the din, as a three-year-old struggling to coordinate and mimic the older kids, a soft voice murmured, “Noch ein mal, noch ein mal, noch ein mal und da (try and try and try and there now, you’ve done it).” Laughter and joy followed as we rushed to the kitchen to a supper of Grossma’s chicken noodle soup.

I didn’t know it then, but much later in life I began to understand what that soft and steady voice Grosspa used was all about. He certainly wasn’t the only adult to use that stilling voice, but it was his voice that I connected with perseverance.

His response was to tell me three stories; my role it turned out was not to actively practice how to do something. Rather, my role was passive, to listen.

Jacob Janzen was drafted into the Russian Army Medical Corps in 1914. By 1915, he had been transferred from a hospital train to a field medic. The trenches, Grosspa said, weren’t as bad as the Allies seemed to think—at least not on the Russian front. Their trench lines never lasted long enough to get rat-infested. Instead, a single trench line, somewhere between three hundred metres and a kilometre from the Austro-German lines would be all that separated the Axis powers from mother Russia. Whole divisions were often lost to accurate German shelling on the 3-kilometre above-ground march to the trench. Once in place, German howitzers made the trench as dangerous as the charge across no-man’s land.

It was after a Russian charge at the German lines that Jacob found himself in no-man’s land. As if the attack that had withered beneath German machine guns was not enough, German howitzers then saturated no-man’s land with a three-hour barrage. Jacob dove into a shell crater and waited until dark. The cries of the wounded had ended. An eerie silence had fallen over the battlefield, not even broken by the rattle of machine guns.

This was a dilemma. Jacob could not tell whose front was in which direction. There was a certain appeal to finding the German lines; he could surrender and end his part in the war. He prayed for a sign and offered to dedicate his life to the Lord’s service if he would only be shown.

It was past midnight, still silent. The clouds above obscured any clues to direction he might have had from the night sky. So he hunkered down at the bottom of his shell hole, took out a cigarette and had a smoke. He stared upward, almost pleading as he watched the cigarette smoke rise above the crater, caught by a stiff breeze. Then it dawned on him, the west wind was in his face as he dove for cover. Now his decision was which way to go?

Six years later, the Great War had ended and Jacob was back in his home village of Tiegerweide where a Red Army unit was given the job of pacifying the 600 or so villagers. In August, 114 villagers were rounded up and imprisoned in the schoolhouse basement, a room of about 6 by 6 metres. Without food or water, they spent two nights. Men and women were packed elbow to shoulder with no room to lie down and no place for a bio-break.

Jacob was amongst those rounded up. On the first day some cried, others prayed and others rose to anger. By the second day the roomful of men and women had turned to prayer and song. The dawn of the third day of imprisonment was met with melancholy songs—they were ready to meet their maker.

When the rifle butts slammed against the Kellerloch (outside cellar door), a pensive silence filled the room. Ten names were called and the Kellerloch opened. Hugs and promises followed the first ten out. Moments later, shots rang out as men and women were executed by a firing squad. In the cellar, the prisoners raised their voices in song, throats dry and cracked from thirst, but hoping the condemned might hear them and gain comfort in the final moments.

Again the riffle butts slammed into the Kellerloch and ten more were called. There were no tears; these ten were ready to meet their end. Volley by volley the shots rang out and the remaining prisoners knew their turn was coming.

The third group included Jakob. They were marched out, up the steps and down to a sand pit beside the Kurushan River, a place where Jakob had played and fished as a child. They were taken one at a time, hands bound and led to the sand. The first of his lot stood up, facing a commissar, who read the charge of Kulak! Capitalist! They were sentenced to death and the rifles barked. Then the second and the third was Jakob.

When it was Jakob’s turn, he watched the firing squad as the commissar read the charges. Amongst them was a familiar face, a Ukrainian, who in years past had worked for the Janzens. “He is not a Kulak,” the Ukrainian said, blankly.

“Is that true?” The commissar turned to the man in the firing squad.

“I know him. His family is landless,” the ex-employee stated, staring back at Jakob.

The commissar turned to Jakob, “This is your lucky day Nemsky; you can go.”

It turned out the firing squad knew just about everyone in Tiegerweide. After Jakob was freed, others spoke up for the next and the next.

“I think we’ve made our point,” the commissar finally offered. “Go home. We know who you are,” he added in a warning. The Kellerloch opened one more time and 84 more people staggered out.

As a rule, military units rotate duty. About two weeks later a new unit came whose ranks were strangers to Tiegerweide. The new commissar was quick to demonstrate his control and this time 88 villagers were rounded up after sunset. They spent two nights in the cellar—men and women were hungry, thirsty, and afraid for those left at home without them.

At the break of the second dawn, rifle butts slammed against the Kellerloch. Ten names were called and ten villagers were marched to the sand pit and executed, one at a time as the remaining 78 sang hymns and prayed.

This time Jakob was amongst the second ten and the second of that group to be marched to the sand pit. As the commissar read the charges, and a silence fell before the firing squad was ordered to shoulder arms, Jakob remembered the shell hole he’d occupied in 1915.

He longed for another sign and recalled his decision to go back to the Russian Front. Not long after that decision he had been posted to an officers’ hospital as an orderly. He held down soldiers as the surgeons cut off wounded limbs. When Kerensky came to power the hospital was converted to an enlisted facility, housing a thousand patients. Many were Russian and Ukrainian boys and old men and many were illiterate. Jakob gladly spent hours writing letters to wives and mothers for them, sometimes 50 or 60 letters in an evening.

Across from him, a voice in the firing squad broke the stillness, “Jakovy?”

The commissar turned. “You know this man?” he asked the rifleman.

“Da. That’s Jakovy. He was much loved as a proletarian. While the priests would sleep, Jakovy went from bedside to bedside. He wrote letters for us when the reactionaries would not. I cannot shoot Jakovy.”

The rest of the squad put down their guns and unloaded them. They had had enough.

“I think we made our point,” the commissar finally said and again the Kellerloch was opened.

Jakovy was baptized at the tender age of 28.

The threads of Grosspa’s stories amaze me more as I’ve grown older. Through them I’ve learned that rotten, terrible, undeserved things happen to people. I’ve also learned that how we live and what we commit to affects what holds our feet to the figurative fire. And finally, in the worst of turmoil, from stillness comes a persevering voice if we are of a mind to listen.

Phil Reimer is a member of Rockway Mennonite Church in Kitchener. He works for the Ontario Ministry of Agriculture, Food and Rural Affairs with the food manufacturing sector on environmental sustainability, and energy and water efficiency. Phil is married to Wendy Reimer. 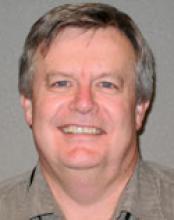