A Christmas message for those with a loss of heart 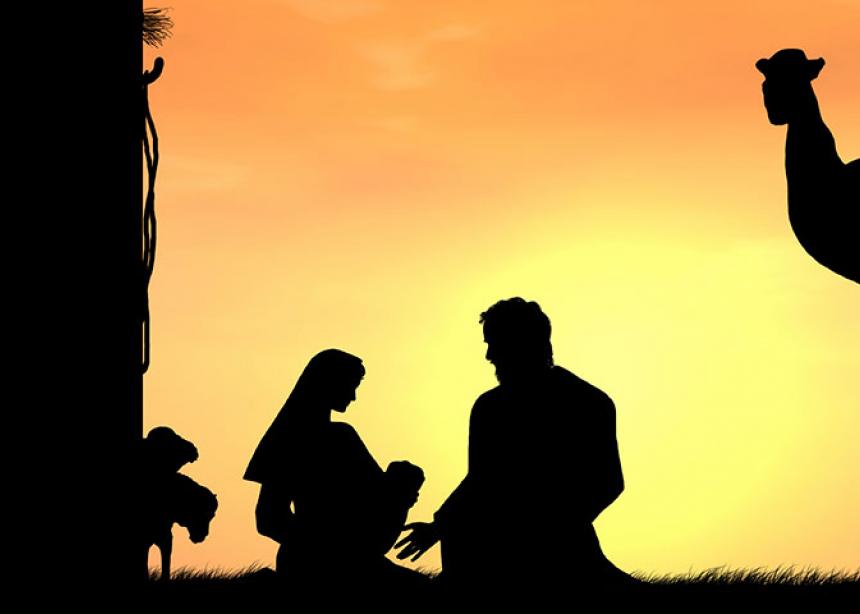 In Charles Dickens' well-known story, A Christmas Carol, anyone who dares enter the inner sanctum of Ebenezer Scrooge's office with so much as a suggestion of Christmas is greeted with the now famous words: "Bah! Humbug! " His nephew is told by Scrooge, "If I could work my will, every idiot who goes about with 'Merry Christmas' on his lips should be boiled with his own pudding, and buried with a stake of holly through his heart. He should!"

Many are tempted to suggest that Scrooge's famous response to Christmas was motivated by his greed and his self-centredness. Maybe, but I am inclined to believe it was not so much greed as it was a lack of imagination that caused him to have no heart for Christmas, no heart for those who did business with him, and no heart for those who needed his help at "this festive season of the year. " It was the loss of his imagination that caused the loss of heart.

This loss of imagination is a malady that afflicts not only those who count money 364 days of the year and are then tempted to count presents under the tree on the 365th. It is a disease of epidemic proportions in our world, with, it would seem at times, very few escaping its deadening impact.

What may be the saddest truth of all is that religion could suffer from the most severe case of lack of imagination of all. As a result, we are quick to divide ourselves and others into insiders and outsiders, and we go out convinced that we must convert all to our way of life, using, at a minimum, the threat of God's wrath, and, at the worst, suicide bombers and holy war.

Unfortunately, Christianity is not free of this loss of imagination that creates for it an inability to sense God's presence, understand God's truth, experience God's power or channel God's love. It is this loss of imagination that has turned the biblical story into a document primarily for polemic and rule making, thereby weakening almost to the point of death the power inherent in the story. This is true of the entire biblical collection. It is particularly true of the Christmas story.

The Christmas story begs us to engage our imagination, to set it free. Without imagination, Christmas trees would be but branches covered in junk; gifts but tools, books and toys wrapped in gaudy paper; a favourite drink but milk mixed with raw eggs and fermented sugar cane; Christmas music but mushy, sentimental repetition; and a baby born on a manure pile. Without imagination, we read about the song of the angels but fail to hear the music; we forget the wonder of where and to whom they sang; and we lose the message in the chorus: "Glory to God in highest heaven, and peace on earth to those with whom God is pleased. "

We read that last phrase—"to those with whom God is pleased"—and believe it to be an exclusionary phrase. We are convinced that God favours some and not others, and proudly see ourselves as the favoured ones. What if those words were not meant as an exclusionary clause, but rather as a descriptive phrase, a phrase describing all people who are not only favoured by God but now able to experience peace? What then? Without imagination, we can't go there.

With imagination, though, the horizons begin to widen and the possibilities grow. With imagination, the song of the angels is a "Hallelujah chorus" for all people, as wonderful as the one sung in some food court and making its rounds on YouTube.

With imagination, Christmas carols engage our emotions as they lift our hearts and spirits till they nigh burst. When we begin to imagine, decorated trees transform rooms and space till the warm glow of twinkling lights seems like it was sent from heaven itself. With imagination, gifts raise anticipation to a fever pitch. With imagination, love breaks out everywhere.

You need imagination to do Christmas, and Christmas invites you to start imagining and never stop. Christmas invites us to see more than meets the eye, to see what really is and what surely will be: a planet visited by God, life and history infused with Christmas, a world transformed by what happened that first Christmas.

A barn is just a barn, smelly, maybe old and rickety, dirty, perhaps cold and drafty, dark, slippery with manure, the air tight with the smell of urine. But set your imagination free and bring in Christmas, and the barn is transformed into a nativity scene, peaceful, gentle, warm, filled with a soft glow, doves cooing. Set your imagination free, and rough men and polished intellectuals, equally awed by the possibilities, gather around and sense their hearts strangely stirred by hope. Homeless, pregnant-before-marriage teenagers are no longer the source of angst, but the means of hope for our world. And in the distance, you hear the faint sound of angel choirs. All this, if you but imagine.

Think of the possibilities if we imagine the nativity scene not only in a story "once upon a time, " but imagine it today. Imagine it in Bethlehem, where it first happened, and the wall separating Israelis and Palestinians begins to shake, pieces of concrete begin to crumble, and then, with a crash, all 720 kilometres of it falls down, clearing the way for those whom God favours to shake hands with each other.

Imagine it eight kilometres away in the city of Jerusalem, held to be holy by three of the world's religions. Imagine it there and notice that, haltingly at first, but soon more courageously and boldly, it swells into a chorus, Muslims, Christians and Jews together joining the angels in their song: "Glory to God in highest heaven, and peace on earth to those with whom God is pleased. "

If we've imagined this far, why stop there? Imagine now what we can imagine for the whole world! Taliban and Canadian, equally favoured by God, recognizing they are brothers and sisters intent on the same thing—God's blessing for all—and joining hands to plant gardens, build roads and erect schools.

In Canada, imagine the possibilities! Indigenous, French, English and all others now convinced that our country is not for one group or the other, nor only for those who have lived here 'x' number of years. Imagine us joining hands to create a truly diverse society respectful of all, generous to all, and joining arms to welcome ever more people from around the world who need the safety and economic benefits of life in Canada.

Imagine treating our planet with the respect God intended and with the spirit of generosity that makes each of the earth's six billion residents an equal partner in what the earth can produce. Imagine an end to homelessness, drug use, broken families, violent fathers, despairing mothers, frightened children. Imagine a personal transformation as profound as that experienced by Ebenezer Scrooge.

Imagine the Leafs going to the Stanley Cup. Okay, there may be a limit.

All of this and more is wildly improbable only if we decide the Christmas story is limited to but one way of reading, serves but one purpose or is restricted to one version as it appears in dried ink spots on pieces of paper. Set the story free to be what God intended, engage your imaginations in the way God designed them, dream of the world that is possible, a world already being dreamt by God. Imagine the possibilities, and there may be no limit to what can happen.

As you gather around a nativity scene this Christmas Eve, join hands and hearts with family around the tree, admire the beauty of it and the decorations that adorn it, enjoy the appetizing sights and smells of a table laden with turkey and trimmings, and imagine what is possible because of what was. Then imagine what will be because of what is, and be prepared to be amazed at the transformation of life and the world that you will see. 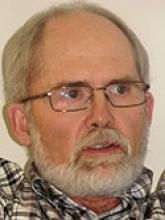