The desert of Advent: our passage to Christmas 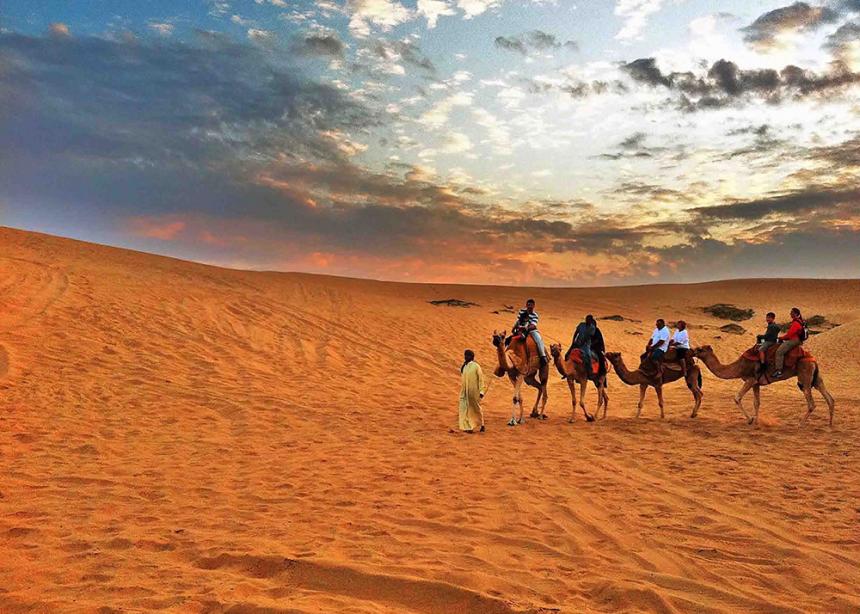 “I can’t get into the Christmas spirit,” she said. My daughter Alyson hefted the load in front of her, and the load—my 10-week-old granddaughter—squeaked. “Maybe it’s the new baby. Everything else seems anticlimactic.”

We were walking in downtown Seattle, Wash.—Alyson’s hometown—and every store was bedecked and bejewelled. In Seattle, of course, one does not need shop windows to know that it’s Advent. The streets are filled with people carrying that red Starbucks cup. Here in Canada, the more prevalent blue Tim Horton’s snow scene tells the same story.

But even the cups weren’t helping. “What might help?” I asked. She was going to a carolling contest, she replied. Maybe that would help.

Christmas is not the most significant feast on the Christian calendar. Easter clearly is. Still, Christmas gives us a marvellous cultural opportunity. There is no better cultural event in western society to point out the significant differences between our faith in Christ and the surrounding world’s pre-eminent and contrasting interests than the Christmas season.

These days, we tend to emphasize the commonalities. But let’s focus instead on a key difference, for what I hope to be our spiritual encouragement and instruction.

The world we live in prepares for the Christmas season by adjusting its attitude. That’s what my daughter was trying to do. A Starbucks website even provides one with electronic means to pass on a seasonal random act of kindness—with the Starbucks name attached, of course.

Christmas carols are played everywhere, so ubiquitous and so cloying as to spoil true carolling, the way sweets spoil one’s appetite for dinner. It’s all done in the name of “getting into the Christmas spirit.”

And Advent begins with a voice crying in the wilderness. Or, if you prefer, the desert.

This desert is a very different place than, say, the city of God we see de-scending in the Book of Revelation. That city descending from heaven is a populated area with a garden, a river, nation-healing trees with fruit always in season, and no need for a temple because the people there require neither reminder nor occasion for worship.

This desert has none of these things. It is the opposite of any city, especially a contemporary city that decks itself out for the holidays like a faithless man in a designer suit, or a woman in a dress that just tries a trifle too hard.

In order to enter Advent, we must become acquainted with this desert, the desert in our souls. You’ve probably been there before, as a visitor. This is the place where nothing is fruitful, where we spin our wheels and get stuck in the sand, where—if left alone—we will die of spiritual hunger and thirst. You know that desert. I certainly do. Most of us spend a lot of effort trying to get away from it. But in Advent, that desert is our passage to Christmas.

In this often painfully empty place, we hear a voice saying, “Prepare the way of the Lord.” This is the active voice of Advent, because the voice is telling us to do something: We are to make his paths straight.

And these paths are not paved. The word for “path” used here, tribos, is best translated as “worn places of walking.” A travelled path like this could well be called a “rut.”

Now you know what this voice is talking about: those circular curved habits of ours that eventually lead us to God. I would call it the scenic route, but the to-pography we are avoiding is usually those hard places in our hearts, and how scenic is that? We walk around them, using the path of least resistance. We’ve learned to use that path over and over. When I’m driving and I don’t stop for directions, my wife Linda calls what I do “going ‘round Robin Hood’s barn.”

That’s not a direct path either, and the voice in the desert is saying to make it more so. This active voice of Advent calls on us to make change. How do we do that? By reflecting on those paths. By asking for grace to change the route. Perhaps by stopping to ask for direction. Google maps may not be the only way to navigate.

We should heed the active voice of Advent, and straighten out those ruts. This is more than a change of attitude, though; it’s a change of route.

That’s the true work of preparing for Christmas.

But the voice has more to say: “Every valley shall be filled, and every mountain and hill shall be brought low.” This is the passive voice of Advent, the one that promises action to be done upon us.

When the angel comes to Mary, Mary says, “How shall this be?” And the angel says, in effect, “You don’t have to do anything, Mary. Jesus will happen to you.”

Well, that’s fine. I think all mothers should be laughing right now, because, in fact, Mary will have to give birth to and then raise this child. Let me also point out that the angel gets to deliver only the good news. God leaves it to Simeon to tell Mary later that Jesus’ time on earth will not end well, either for him or for her. The action that God will bring upon us will create change. And this is my second point.

The passive voice of Advent requires us to wait until Christmas happens to us. I have had some recent experience in waiting. It’s not an easy discipline, especially waiting in expectation. That’s a balance that’s tough to keep. I fall over a lot, trying to keep that balance.

The great comfort that I have derived in the process is from those who are also trying to keep that balance, those who have prayed for me and encouraged me. We need one another in these times, and we should not be afraid to admit it, and both help and rely on one another.

Advent is a very Jewish time of the church calendar, because we are being asked to contemplate yearning and longing for Messiah. Perhaps that is why my favourite Advent hymn is “O Come Emmanuel.” This longing is part of the waiting, and it’s hard to do.

Christians widely recognize John the Baptist as the voice in Luke and the messenger from the Book of Malachi. But John, for all of his relationship with Jesus, had trouble recognizing his cousin as the object of his yearning.

We read about this in Matthew 11. Imprisoned for his ethical critique of the king of Israel, John loses heart. What’s Jesus doing walking around like a travelling nouveau rabbi, healing cripples and feasting with tax collectors? he wonders. Next, he’ll be handing out tips on keeping your married sex life alive and kicking. John’s not hearing about any mountains being toppled or valleys lifted up.

Jesus, however, replies to the imprisoned John in kind. He instructs John’s disciples to tell John what they are seeing and hearing: in other words, share the experience. The experience those disciples must have shared with John—however transforming—is different from John’s expectation. John is looking for an active Jesus, and Jesus is preparing for the Passion.

Like John and Mary, we have to live both in expectation and be prepared to receive the One who comes. This is the essence of the passive voice of Advent.

The syntax of Advent

So, for us to travel through Advent, we have to heed what I would call its syntax. We have to be able to handle both active and passive voices by preparing our hearts actively and being ready to receive the “gift” in its own time and way.

Perhaps, in fact, the fruit of our activity will lead to the passive voice. Perhaps our actions will lead to the frustration of longing. If so, that might very well be a good thing, part of the process of preparation.

When will Messiah come? Suddenly, says Malachi, which implies that we will all be surprised.

Stuart Scadron-Wattles lived in Kitchener, Ont., from 1998-2006, where he was a member of Rockway Mennonite Church. He and his wife Linda currently reside in Seattle, Wash., where they have five grandchildren. He is director of resource development for Image, an international organization serving artists who are seeking a cultural revival of the Judeo-Christian imagination (www.imagejournal.org). 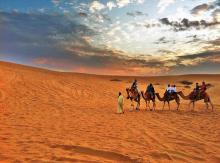 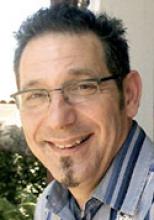