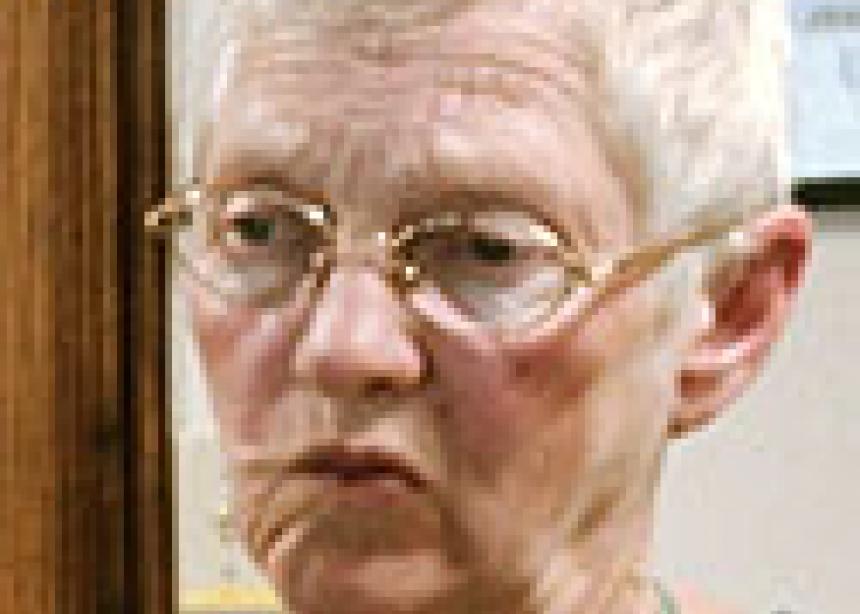 After 20 years of living in a Muslim village in Burkina Faso, she established North Edmonton Ministry, in an attempt to build relationships with some of the thousands of immigrants who make Alberta their home. To counter the Western stereotypes of Muslims, for instance, she is making hers a relational ministry that addresses the problems of isolation and loneliness that so often plague these newcomers.

This past Christmas she served four dinners in her home for her Muslim friends, having “wonderful parties” that not only filled a social need but got Muslim neighbours connected with other Muslim families. It is a ministry that works both ways—giving new insights to Mennonites about these newly settled immigrants and providing the immigrants with a new appreciation for Mennonite hospitality and acceptance of Muslims living among them.

“They have much to teach us about taking our faith seriously,” she said, observing that, while Mennonites assume that their culture is becoming less religious, especially with the loss of their young people, Muslim communities, on the other hand, live out their faith with very strict adherence to the Qur’an.

She encouraged participants to acquaint themselves with another faith, “not only by reading books about it, but first of all to get to know a Muslim personally and then to ask their new friends what they should read to inform themselves.”

Deepening personal faith by explaining it to others is another benefit of this ministry, Entz said, adding that she finds Muslims generally very open to hearing about the Christian faith. She shared a book by Christian theologian N.T. Wright with a Muslim friend and found her very engaged in comparing views. “This kind of exchange is occasion for knowing one’s own faith in new ways,” she said.

In another setting, Entz reported moving outcomes from a multifaith book club in which Mennonites and Muslims studied Karen Armstrong’s Twelve Steps to a Compassionate Life. The sharing got very personal, she said, with one Bosnian woman “moved to tears” when sharing her story about trying to find her lost husband. The group surrounded her with their love, triggering her to ask how this “healing power” could come to her own Muslim community.

“Of course we have our critics,” said Ed Kauffman, pastor of First Mennonite Church in Calgary, in trying to convince some fellow Mennonites that this “relational ministry” is an important first step as an opener to further witness to the Christian faith. “They think this this is not direct evangelism,” he said, and thus are sceptical of the effort.

“These persons think we are ‘watering down’ our faith so that eventually we all have one worldwide communion that denies the core beliefs of Christianity,” said Entz, adding that this is one of the media myths built up around Islam—the fear that they are wanting to take over with a global caliphate. “Nothing could be further from truth,” she said, insisting, rather, that it’s not a matter of being in or out of God’s kingdom, but rather that Christians stay open to the Spirit to direct them to engage with persons of another faith. “We so often find more common ground than we ever thought possible.”

In another setting—a peace seminar—she was surprised to learn that Muslim participants were very intrigued to hear the story of Jesus meeting the Samaritan woman—a story they had never heard. Entz shared this story as a way of showing the basis for the Christian way of peace. “They were intrigued with how the Jews evaded both the Samaritans of that time and Jesus, the messiah, and were drawn to the powerful force of peacemaking of that parable.”

Entz’s new initiative is supported by the missions committee of Mennonite Church Alberta, but, as a small area church, it is struggling to keep funding her work, so it is looking to form partnerships with Mennonite Central Committee and perhaps the Witness program of MC Canada, to use her ministry as a model for congregations across Canada in working with others faiths.

For more about Muslim-Christian dialogue, see:
Counting conversations, not conversion
Mennonites learn about hospitality and living for others
Learning to be good neighbours in Nigeria 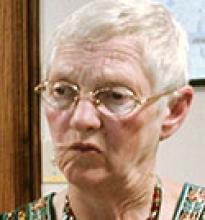