Nettie Baer remembers her years in the kitchen for Pax 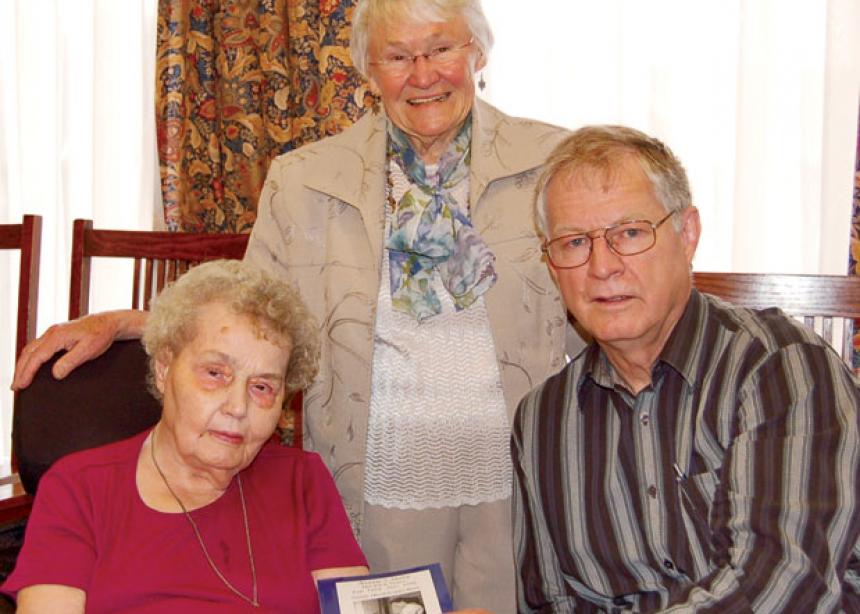 “Will the fellows like my cooking?” wondered Nettie Redekopp in 1954 as she arrived at the Pax post-World War II rebuilding project in Wedel, Germany. That question haunted her for years, but finally in 2010 she dredged up the courage and began to call those whose phone numbers she could find.

Her nephew, John Thiessen, notes that she logged over a hundred long-distance calls some months—some of them successful, some wrong numbers.  The project came as part of her recovery from clinical depression as she lived in a seniors’ home in Waterloo.

Erica Jantzen, a Waterloo Region writer, had finished writing her family’s stories and announced at Waterloo North Mennonite Church that she was prepared to help others write theirs. Thiessen heard this and the project was born. Nettie’s Story: The Pax Years, Feb. 1954 - Nov. 1956 was launched at Parkwood Mennonite Home on May 1.

Pax was a Mennonite Central Committee (MCC) program that ran from 1951-76, providing alternative service to American young men who were being drafted. Some Canadian men also joined the projects, which included work in Germany, Holland, Greece, Austria, Jordan, Nepal, Vietnam, Liberia and Paraguay.

Redekopp, then 32, was sent as a matron to care for “the boys.” She did this at Wedel, in Vienna, Austria, and at Panedita, Greece.

Armed with her Mennonite  Community Cookbook: Favourite Family Recipes by Emma Showalter, she cooked at first on a coal-fired stove, carried water from a pump outside, and stored food in an unheated room behind the kitchen area.

Upon concluding her service she returned home to Winkler, Man. She trained as an X-ray technician, which brought her to Winnipeg, where she married Raymond Erle Baer in 1968, a man she had met on an MCC assignment in 1953 in Kitchener, Ont., just before she travelled to Europe.

“My deepest desire was to be an asset to the program, not a hindrance,” Baer writes in Nettie’s Story. “[The Pax fellows] were not the tough fellows I was warned about. They were meek and mild, and very polite.  But I never knew if they enjoyed my meals!  They never said a thing. . . . It wasn’t until I got home, when Mark Conrad and his wife came to visit, that I got any feedback. He surprised me with the biggest hug I had ever received. And then it happened with every Pax fellow that came to visit me. They just about crushed my ribs.” 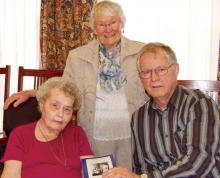