The changing face of congregations 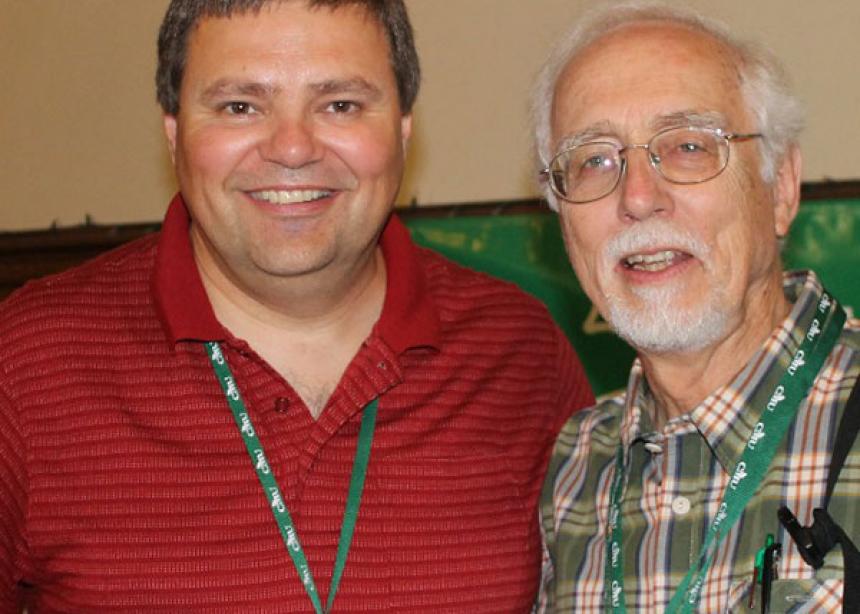 In the face of an uncertain future, trepidation of shrinking budgets and programs, tired and fewer volunteers, and changing realities, encouraging stories were shared over two days of Assembly 2014 of vibrant Mennonite churches that are responding in creative and varied ways.

In the small Manitoba town of Pinawa, which was created by the government for the purpose of nuclear research in the 1960s, the need for a church was identified. In response, six denominations came together to form Pinawa Christian Fellowship. Mennonite Church Manitoba is just one of those six denominations that worship together as one congregation.

Niverville (Man.) Christian Fellowship formed when two Mennonite congregations reunited after a split. They came together to share their resources and to answer a need in the community for a different kind of congregation, and to fulfill a unified desire to engage in church planting.

Little Flowers, an inner-city church in Winnipeg, is in the process of renovating an apartment block to provide supportive community for people struggling with mental illness.

Seminar participants also said their congregations are responding to their changing realities by working together inter-denominationally on Canadian Foodgrains Bank projects or with immigrant and refugee families, and by moving a church office downtown where it intersects with the lives of people from all walks of life.

Numerous other examples indicate the future may well look different, but it can still be vibrant and vital.

In a plenary session, Chad Miller and Rebecca Steiner, members of the Future Directions Task Force—whose mandate is to discern what God’s Spirit is calling Mennonite Church Canada to in the 21st century and discover the best ways for the church to thrive and grow—shared some of their dreams.

“I believe in a church that fosters transformational encounters with Jesus,” Miller said, describing how 20 junior-high youth in one church were invited to journey to the cross and there experienced the transforming power of the gospel.

Steiner and Miller both imagine ways the church can take itself out of its four walls and from behind closed doors. One Mennonite church shares worship space in a non-profit seniors village started by a Brethren in Christ church.

“I imagine a church that gathers under the acacia tree,” Miller said. “The edges of our faith community become more porous, letting people come only as close as they want, or watch from the edges until they are ready to join the community.”

In a small-group discussion afterwards, delegates got to share their dreams and hopes for the wider church. They resoundingly affirmed the MC Canada Resource Centre. Several proposed:

The task force has done a lot of listening and will now work through the thick pile of notes it received from delegates.

“It’s a complex task,” said Terry Keller, “but we have clearly heard a longing to belong to a larger body, to be part of something bigger than just the local congregation.”

That work still needs to be done was evident from one group response: “The vast majority of people have no idea what our conference is about, and that number is growing.” 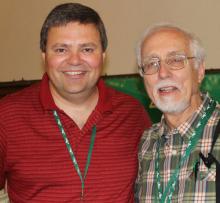