'Your publication is beautiful' 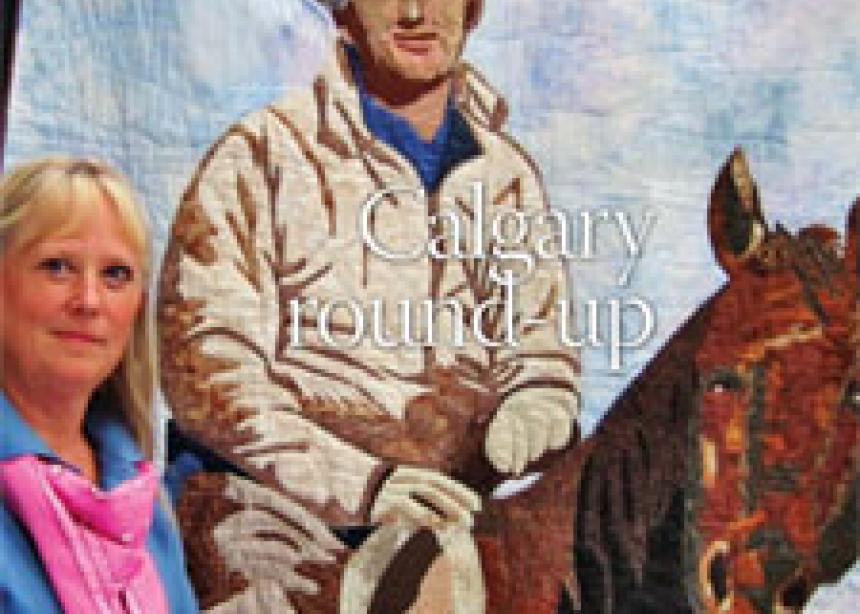 , the highest number the denominational magazine has won in a single year. The awards included two firsts, a second and five thirds.  The awards were presented to Ross Muir, managing editor, at the annual meeting of CCP held May 1 in conjunction with its US counterpart, the Associated Church Press, in Chicago.

Earning first place was a three-part series, “Confessing Jesus Christ in a Religiously Pluralistic World,” topping the Theological Reflection category open to both magazines and newspapers. “The varied backgrounds and experiences of the authors lend authority to these very readable pieces,” stated judge Rolf Pedersen, a former editorial page editor of the Guelph (Ont.) Mercury and Brandon (Man.) Sun. “Academics, students, a businessman and former missionaries seem keen to convey the benefits of interfaith and intercultural dialogue to their own spiritual development—and to relationship building in general. These remarkable articles are, without exception, well written, edited and profoundly interesting. Discussion questions seem very helpful. An outstanding series that deserves attention far beyond the confines of Mennonite Church Canada.”

Sarah Ens, a member of Bethel Mennonite Church, Winnipeg, Man., and a recent high school graduate who was profiled last fall for her community and scholastic achievement, can add “award-winning poet” to her résumé. Her poem, “The Crash,” came first in the Poetry-Open category, earning accolades from judge D.S. Martin: “The poet draws us in through her precise, yet ambiguous language. . . .  I value this young poet’s concise and curious use of words (‘I’m bleeding the covenant of God’). . . . There is a pleasing flow to her words, and we get the feeling that the poet is intentional and in control, not merely random.”

The “Readers write” section came second in the Letters to the Editor category.

Christine Longhurst’s piece, “Making the Word in worship come alive,” earned thirds in two separate categories: Biblical Interpretation-Open and Service Journalism-Open. “This is a remarkably well-written discourse clearly designed to encourage a return of Holy Scripture to a more central and prominent place in worship services,” wrote Rolf Pedersen, the Biblical Interpretation judge. “Simple correctives are usefully listed in bullet form, and it is easy for the reader to see how these simple measures might be enacted to accomplish the task of allowing Scripture to do its work.” The other judge had similar words of affirmation.  Longhurst, who lives in Winnipeg, is a frequent contributor to the magazine.

An in-depth feature on the Truth and Reconciliation Commission meetings held at The Forks in Winnipeg in June, anchored by Manitoba correspondent Evelyn Rempel Petkau’s “How complicit are Mennonites in residential school abuse” article, came third in the In-depth Treatment of a News Event-Magazine category. “Self-reflection and thoughtful analysis are at the core of this well-written article,” wrote judge Mark Bourrie, a Canadian writer, historian and Carleton University lecturer. “ It challenges the reader and the Mennonite church, but does so in ways that are factual.

Ross Muir’s work “Summer on Manitoulin No. 8,” which illustrated Phil Wagler’s “Pastoring the flock out along the fenceline” feature article, came third in the Original Artwork-Open category. Judge Ken Gammage, an illustrator whose clients include the Washington Post and Disney, called the piece “a striking image that boldly bridges the gap between what is visually apparent in our world and that of holy mystery. . . . I truly appreciate an image like this that leaves you thinking beyond the edges of the published page.”

Canadian Mennonite’s final award came in the Layout and Design of an Edition-Magazine category for our Aug. 2 issue, “Calgary round-up.” Designed and laid out by graphic designer Dan Johnson and Muir, the issue was cited for its “good use of typography and colour, lively engaging photography, good pacing, navigation and overall design,” by judge Brian Morgan, the current art director of The Walrus magazine. “I’d say this is a model church publication. . . . Your publication is beautiful,” he concluded.

“It’s at the same time humbling and affirming to get this level of recognition from our professional peers,” said Dick Benner, editor and publisher.  “It signals a vote of confidence in our staff while putting increasing demands to keep up the high standards of journalism in our 41-year-old publication.”

CCP has more than 100 member publications.  During the convention, Muir was elected to the CCP executive board as membership chair. 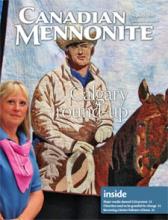