In defence of MCC and Wineskins 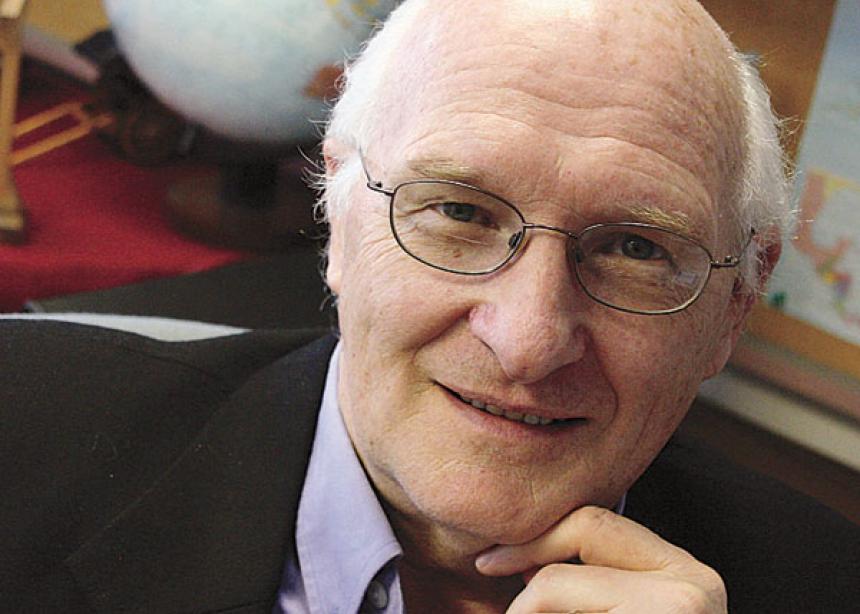 The last article by Braun has convinced me that another perspective also needs to be heard. In that article Braun correctly suggests that “perhaps by focusing on larger issues, some of the internal matters would have fallen into place more easily.” Unfortunately, the rest of his analysis does not reflect this insight. It is this disconnect that requires a second look; Canadian Mennonite readers deserve another perspective.

As one of the 34 members of the MCC New Wine/Wineskins task force, one of those who listened to the several thousand people who spoke on behalf of churches, partners, staff, and boards, I wish to respond.

The Wineskins process responded to three larger issues that were repeatedly identified by the voices consulted:

• Are MCC’s strategic programming and methodological foci still needed and good for the world of the 21st century?

By asking this question, the “urgent needs facing humanity” were considered, including many not mentioned by Braun. Indeed, the lion’s share of the time was dedicated to discussing the urgent agenda facing the world. The answer to this question was resoundingly positive: MCC’s gifts continue to be urgently needed around the world.

This positive answer was not predictable. It is possible for large organizations to lose touch with their mission. In the case of MCC, the voices from all sectors unanimously confirmed the continuing important role of MCC in today’s world.

• Should MCC maintain its Christian/Anabaptist/ecclesial identity, ownership and focus?

By asking this question, the summits talked at length about “new ways to apply the best of our faith traditions to the burning needs of the world.” The answer to this question also was not predictable; indeed, there are admirable and tempting models that point to different preferences. These alternative models were alive and passionately articulated by some of the voices.

Clarifying this question was important and timely. There is no doubt that there had been erosion in other directions, and it was important to test this big-picture question at this time in MCC’s history. These answers, too, were overwhelmingly positive.

Braun’s assertion that the Wineskins process somehow disconnected MCC from the pews is unfounded. Indeed, the connection “with people in the pew” is unprecedented. The final Wineskins documents highlight this connection in a stronger way than ever before in MCC’s history, according to some of the knowl-edgeable voices.

Braun asserts that this question “hap-
pened largely via a parallel MWC [Mennonite World Conference] process.” This is not accurate.

The question of whether and how ownership, accountability and governance of MCC could be shared beyond North American borders was front and centre in the Wineskins process from the very beginning. It was a legitimate and very important question to ask, given the 90-year history of MCC being a North American organization.

In a world in which ministry from North America is often characterized as colonial, imperialistic and culturally insensitive, this is surely critical agenda to investigate and consult about, important not only for existing and potential new partners, but perhaps more importantly for the existing and historic owners of MCC. The very fact that the question was so central was a clear signal of MCC’s past successes in relating to churches and ministry partners in many countries around the world. Others wanted to be a part of a very good thing.

The Wineskins process heard preferences quite different from those of the MWC process, partly because of the different audiences that were consulted.

In the Wineskins process there was interest in broadening the governance of MCC via the potential formation of new national MCCs in other countries that would adhere to the MCC “brand.” This very important outcome is not reflected in Braun’s November article.

In the MWC process that took place in Ethiopia, existing agencies were consulted. They expressed no interest in becoming “little MCCs,” but expressed a great deal of interest for an extended network of existing agencies for enhanced information-sharing, cooperation and potential partnerships.

So there were two answers to the question about globalization: The system should be open for other potential MCCs to join the existing governance structures; and a North American MCC should network and partner effectively with other sister agencies and MWC member-churches around the world.

MCC should be commended for the serious manner in which it engaged the world church via MWC. Taking seriously the preferences of the global church did not make the process easier, but it did make it much better.

In his February article, Braun contends that the Wineskins process was “grafted onto the internal restructuring” of MCC. This, too, is inaccurate.

The larger issues of program priorities, strategic methodologies, ecclesial identity and global accountability were front and centre, and were dealt with seriously. They should not be brushed aside by Braun’s focus and critique of “internal” dynamics.

Contrary to Braun, I would suggest that the consequent focus on internal reorganization, cross-border dynamics and internal tensions does not indicate that these have taken over the “large issues,” but that, indeed, “internal matters [are falling] into place more easily,” just as he hopes for.

Implementing relevant strategic ministry initiatives to address the complexities of the world as an expression of the body of Christ broken for the world, with a commitment to share power, authority and resources on a global scale, are very significant outcomes of the Wineskins process. Given the history and present realities of MCC, none of these could be taken for granted. It is a gross misunderstanding of the Wineskins process to characterize it as a facade for internal tensions and cross-border bickering.

Braun suggests that the process does not “show robust links between the grassroots consultations and Wineskins outcomes.” This, too, is inaccurate. Not only are the outcomes closely linked to the consultations, but they will also serve to reconnect the people in the pews to authentic and integral global ministry, perhaps as never before.

The internal administrative complexities and the cross-border tensions of MCC should be acknowledged and not under-estimated. Braun does us a favour by identifying them as critical agenda for Wineskins. His preference that the Wineskins process should have focused on “larger issues, and to allow the smaller details to fall more easily into place” is also laudable.

This is indeed what happened, and what is now happening in the attempt to restructure MCC based on the Wineskins outcomes. And it is here that Braun’s analysis goes off track: He now highlights the “smaller details” as though they have become the “larger issues.” This is unfortunate.

It weakens his analysis substantially, making it incomplete/narrow (it does not do justice to the depth and breadth of the consultations), and partial/parochial (it reduces the outcomes to internal North American concerns). He does not give sufficient credit to the wealth of experience, and the positive and significant wisdom from around the world that was spoken and heard via the consultations.

The Wineskins process has not only reaffirmed the critical connection between the pew and MCC, it has also extended the tent in terms of where these pews can be situated and what their contribution can be. The Wineskins process has assured that the “pew” will also be integral in providing guidance, direction and governance to MCC. These outcomes are critically important. They cannot be taken for granted, and they call for our support. 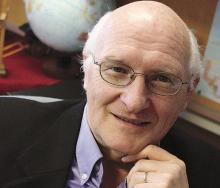