‘Helplessly in love with music’ 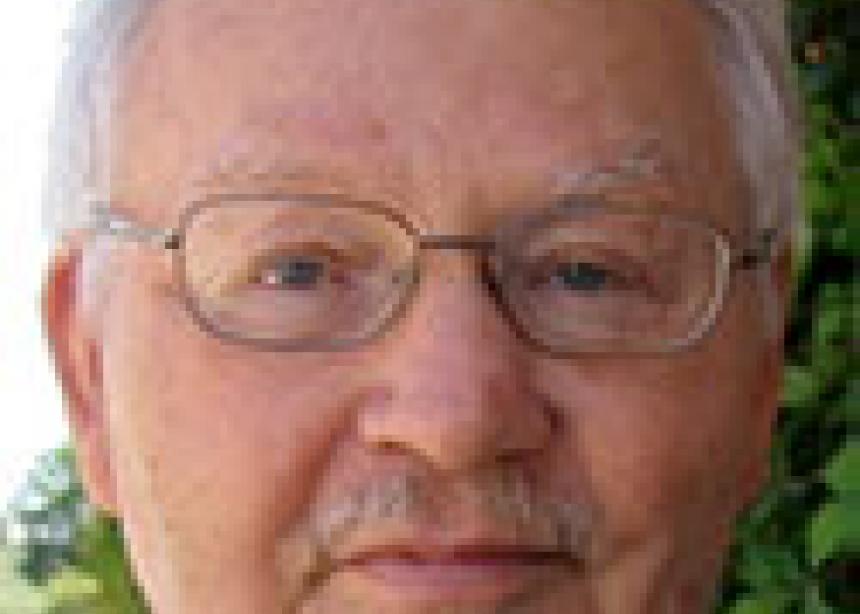 On a Wednesday evening in early June, Waterloo musician and musicologist Wilbur (Bill) Maust was seated in the chapel of Conrad Grebel University College, Waterloo, Ont., among some 170 family and friends, to attend a concert organized in his honour by Stephanie Martin. Performers included Schola Magdalena, a six woman vocal ensemble; and Kirk Elliot, a former student of Maust’s from Queen’s University, Kingston, Ont.

The concert, featuring Machaut’s “La Messe de Nostre Dame,” was a fitting tribute to Maust’s infectious appreciation of medieval music, and was offered to him as a grateful farewell. Maust, who had survived various forms of cancer for over two decades, died exactly four weeks after that event.

The program for the Maust family’s July 6 visitation featured a photograph of Maust reading Marcus Aurelius and a quotation from the second-century Roman emperor/philosopher: “Spend therefore these fleeting moments on earth as nature would have you spend them, and then go to your rest with good grace, as an olive falls in its season, with the blessing for the earth that bore it and a thanksgiving to the tree that gave it life.”

At an Aug. 9 memorial worship service in celebration of Maust’s life, a service punctuated by glorious music including a choir and a string quartet performing Anton Bruckner’s “Locus Iste” and Franz Schubert’s “Kyrie” from his Mass in G, family and friends said their final farewells to the man who had planned much of the beautiful, warmly liturgical ceremony.

Maust was neither boisterous nor bold, but he was always palpably there: a noble and invigorating presence. And he didn’t lack humour, taking pleasure, for example, in the fact that border officials were always intrigued by his birthplace—Bad Axe, Mich.—and his birthdate—April Fool’s Day, 1934.

“Bill Maust established the groundwork for the liberal arts music program at Conrad Grebel University College,” said his friend and colleague Len Enns, music professor emeritus at Grebel. “Hired to shape and chair the fledgling program and to teach music history, he took only one year before forming a chamber choir whose focus was, initially, largely early music. This integration of academic studies and performance was soon extended to include a vibrant and enthusiastic emphasis on cultural studies, as Bill developed the much-loved annual Music in Vienna travel course. It became his trademark. Added to this was his career-long interest in music as a response to war, now reflected in new program initiatives at the college exploring intersections between music and peace and conflict studies.

“Bill was gentle, but fiercely determined, when he had a plan; and he did; and he leaves a noble, inspiring and challenging legacy. He was helplessly in love with music, with art, architecture, literature, cuisine—with life lived gracefully and joyfully. I miss him deeply,” Enns concluded.

Among the youngest of nine children of Richard and Elizabeth (Gunden) Maust, Bill was predeceased by all but one sibling. While attending college in Virginia, he was led to the life-defining experience of working in Europe for two years with post-Second World War refugees under the auspices of Mennonite Central Committee.

“The friendships he developed then, along with his love of the city of Vienna, shaped the trajectory of his vocation in music, most notably the 30 years during which he offered to students and others memorable summer music seminars in Vienna,” noted his family in his obituary.

“Bill’s interest in early music and monastic life found expression in other formative experiences, such as his pilgrimage on the Camino to Santiago [Spain] in 1984, long before the current hordes of walkers who travel there. Along the way, he introduced other pilgrims to early music notation and led them in song in chapels and monasteries along the way.”

Maust, who earned a Ph.D. degree from Indiana University, conducted choirs and taught vocal studies and music history at Eastern Mennonite University, Virginia; Earlham College, Indiana; and Queen’s University and Conrad Grebel University College, where he served as chair of the Music Department for 20 years, beginning in 1977, and where he established the curriculum that remains at the base of the music program.

“In retirement, he had more time to pursue his love of gardening, house renovation, furniture building, bread baking—and watching the Blue Jays,” said the family.

Maust had been grateful for the successful management of his several cancers for a 23-year period that spanned the lives of his grandchildren. During his later years, some friends joked that he must have had nine lives, since he seemed to prevail through every new diagnosis and treatment. But he finally succumbed to cancer in his 81st year. He passed away at home in Waterloo, with his family around him: wife Miriam (Pellman), son Chris (Liz Albertson), daughter Janice (Tim Hedrick), and his grandchildren. 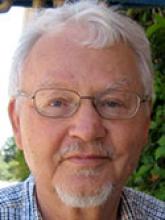