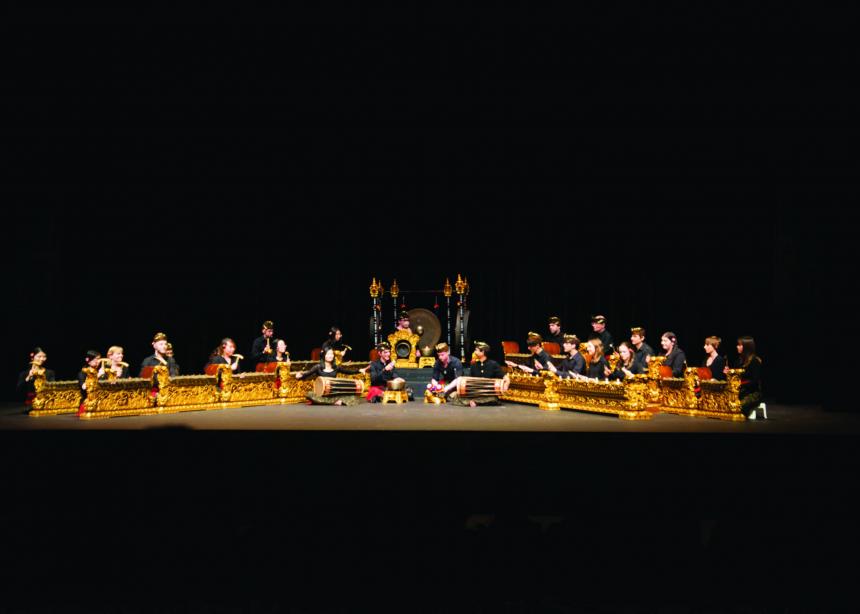 This video has garnered more than 165,000 views and continues to pick up momentum, now approaching nearly 1,000 additional views per day.

"Hujan Mas" is a fun, energetic, instrumental piece composed for gamelan gong kebyar—a new musical style that developed in North Bali in the early part of the twentieth century. It is characterized by shifting dynamics, shimmering unison attacks and energetic kotekan (interlocking) rhythms.

Among the first pieces a gamelan player will learn in Bali, "Hujan Mas" functions well as a practice piece for musicians to develop their technical skills and build group cohesion.

In the last year, the music department’s gamelan videos have occupied all top ten slots and pull in 75 percent of its viewers from Indonesia.

This article originally appeared in the spring 2019 issue of Grebel Now.