Youths change lives on MDS trip . . . including their own 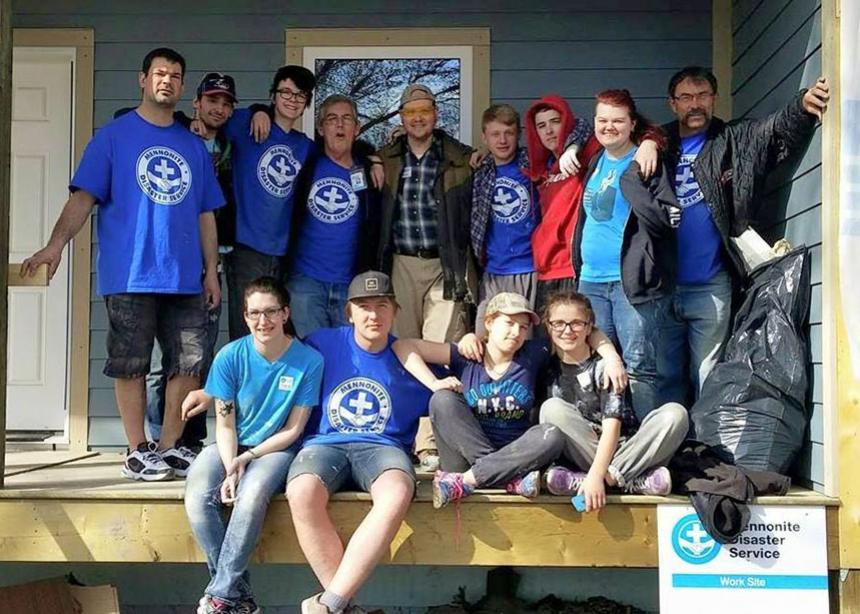 A group of Manitoba youths and young adults from the Bunker, a ministry of Winkler Bergthaler Mennonite Church, recently went to High River, Alta., to work with Mennonite Disaster Service (MDS). They thought they would leave tired and covered in drywall dust, but had no idea they that they would actually help heal a man’s broken spirit.

Manda Enns, 24, says she never really had a yearning to do missions or service work, but the experience was inspiring. “The whole week actually affirmed my belief in second chances,” she says, largely because of one of the High River homeowners the group helped.

Even as late as a month ago, Rob Kroll wouldn’t go out at night. If he saw a group of youths, he would walk away and not make eye contact. His fear stemmed from a brutal attack that took place in 2011, when he was nearly beaten to death by nine young men outside his home.

The teenagers were loitering in Kroll’s neighbourhood, stealing from cars and backyards. Kroll called the RCMP, but when the teenagers approached a neighbour’s 14-year-old daughter and he heard her start to cry, Kroll reached the end of his patience.

“By the time I could say, ‘Okay, boys, enough is enough,’ I got a hit to the head,” Kroll recalls.

He was beaten for approximately 20 minutes, after which he says he didn’t have the strength to protect his head with his arms. He remembers the boys winding up and kicking him in the head, while another sat on his chest and punched him in the face.

“They broke my eye socket, nose, jaw and neck,” he says. “I have two titanium plates holding my neck together. I’ve got nerve damage and a brain injury, too.”

Kroll couldn’t speak properly for almost a year and had to re-learn how to walk. Three years later, he was just beginning to get his life back together, when, in 2013, his community was hit with heavy rainfall. It triggered catastrophic flooding of the Bow, Elbow, Highwood, Sheep, Little Bow and South Saskatchewan rivers, and was described by the Alberta government as the worst flooding the province had ever seen.

Kroll’s home was classified as uninhabitable, but the government’s disaster response program and Kroll’s insurance would only cover about one-third of the $172,000 needed to repair it. Kroll and his wife Dana lived in a tent trailer in their backyard for almost two months while they worked to repair their home, mostly at their own expense.

“We went way over our heads and ran out of time and money,” Kroll says.

That’s when they were pointed in the direction of MDS.

“Within a week, two fellows came over to our house and said they were going to help us,” he says. They repaired floors and then said a group of volunteers could finish up. The only problem was, the group was made up of youths and young adults, prompting Kroll to initially decline their help.

Getting a hand up

Eventually he accepted. The group from the Bunker did a lot of finishing work around his home, installing siding, and priming and painting.

“They came in and it was a real neat experience,” Kroll says. “They were really nice kids. They came over, and after working for a couple of hours I all of a sudden started feeling different.”

Enns was part of the group, but says she didn’t know the extent of Kroll’s problems and his fear of being near youths. “Having these kids work so hard and not know necessarily what they were working to fight against, the perspective they were changing without even knowing it . . . I was a proud mama bear,” she says with a laugh.

Janet Plenert, the director of Canadian operations for MDS, says the organization is working to facilitate intergenerational service. “Sometimes it surprises [young people] to learn of how valuable their service was in restoring hope in others,” Plenert says, adding, “Clients are often amazed that young people would give up their spring break to physically work in the house of a stranger, and it can be wonderfully transformative.”

It seems as though the biggest transformation took place in Kroll. He says he has a renewed faith in humanity. “It changed my whole view of how I looked at young people. It changed me a lot, that experience.”

See more on the High River flood and clean-up: 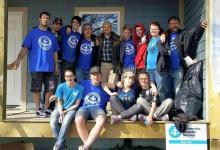 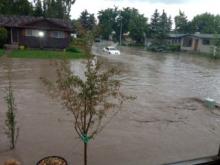 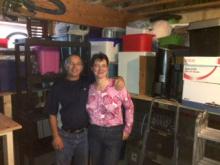