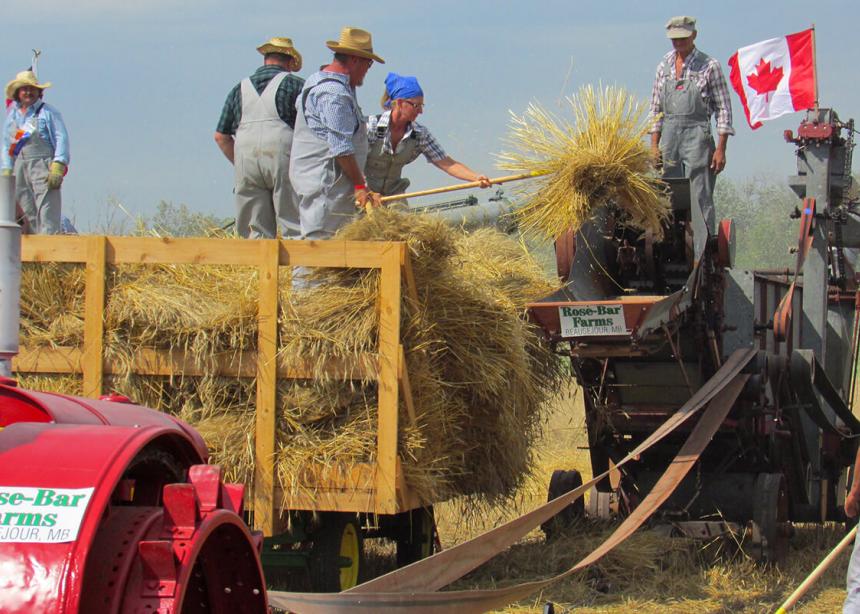 Manitoba became home to another world record on July 31, 2016, when 139 antique threshing machines harvested a field simultaneously for 15 minutes at the 62nd Manitoba Threshermen’s Reunion and Stampede held at the Manitoba Agricultural Museum in Austin. Nine others started, but, for various mechanical reasons, couldn’t finish the 15-minute test.

“This was a once-in-a lifetime event,” says Elliot Sims, co-organizer of “Harvesting hope: A world record to help the hungry,” adding, “You just don’t see stuff like this anymore. The energy from the participants and crowd was amazing. You could feel the pride and excitement.”

Altogether, more than 30 hectares of winter wheat was bound and 30,000 sheaves were cut to be threshed during the event. Combined, the machines were capable of threshing approximately 17,000 bushels of wheat per hour, with 6,100 horsepower of engine capacity driving them.

“This was truly a celebration of our agricultural heritage,” says Sims. “We’re all very happy to have succeeded, and the feedback we’re getting is great. Everyone seems to have really enjoyed themselves.”

Funds raised at the event will be split between the Manitoba Agricultural Museum and the Canadian Foodgrains Bank. A final tally will be available in a few weeks. 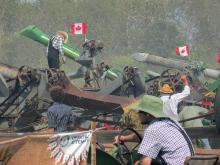 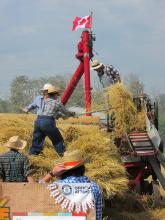 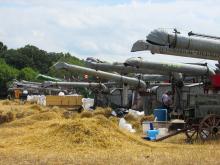 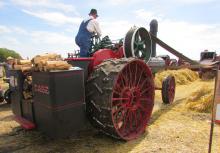