Working in a life-giving job is the silver lining 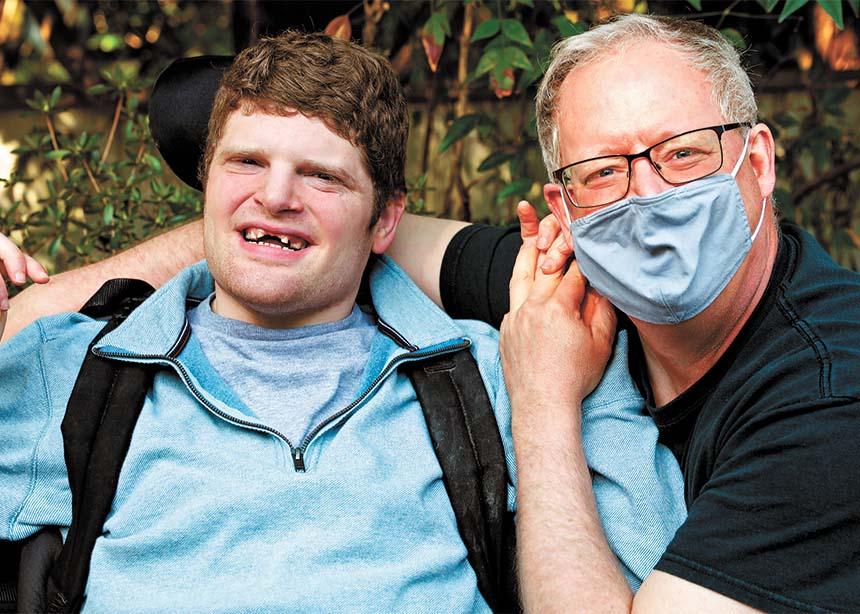 Jeff Nickel, right, has served with Communitas Supportive Care Society for 25 years. He is pictured with his friend Richard. (Communitas photo by Krista Petrie)

There are not many people these days who can say they have been in a job they love for 25 years, but Jeff Nickel says exactly that. As he celebrates his silver anniversary working with the Communitas Supportive Care Society, he reflects on the many reasons he has stayed.

When he began with the organization in 1996, Nickel, a member of Emmanuel Mennonite Church in Abbotsford, didn’t foresee this longevity. He was finishing up as youth pastor at his church and members of the congregation already working for Communitas encouraged him to explore its opportunities. It took a while for him to find the right role, but that is one of the strengths of an organization that has a lot to offer.

“I started working in mental health and adult respite but, after about a year, I became a residential support worker (RSW) and that’s what I’ve been doing ever since,” he says. “The draw was being able to support and care for people who gave me so much in return.”

In his time as an RSW, Nickel says he has learned a lot from the people he serves. Being content with simple things in life, he says, is perhaps the biggest lesson: taking slow walks through the community’s beautiful parks, reading a good book together, sharing a laugh. Many of the people he has served over the years live with challenges that make them vulnerable, and yet he only sees strength in their ability to trust that those caring for them will do so with respect.

For him, it is holy ground. “There is sacredness and respect that we as support workers need to return to the people we serve as they share their vulnerability with us,” he says.

Louise Duck manages the home where Nickel has worked for the last seven years. She struggles to find adequate words to acknowledge him in the way she feels he deserves. “Jeff is the perfect definition of a ‘gentle soul’,” she says. “He is kind, calm, has a gentle approach and a tender disposition. He is soothing to be around and he really knows how to support a person who is non-verbal, to just be.”

While Nickel brings his own character and gifts to the job, he is grateful for the training that Communitas has given him. Specific training through Gentle Teaching and The Mandt System have been invaluable both in how he interacts with the people he serves and with his colleagues, he says.

It’s made a difference to him personally as well. “These trainings have helped me in all of my relationships, especially in being a better parent in my family,” he says.

Having a great team to work with and managers who support him have been other silver linings in his work. Nickel says he has come to appreciate the value of doing a good job amidst a daily routine. He is grateful for a workplace that emphasizes celebration. Having co-workers that come from many parts of the world, who bring their life experience into the home, makes each day special.

Having to pivot quickly when extraordinary events pop up is still a learning curve. “I’m still working on the need to ‘go with the flow,’ ” he says with a smile.

Nickel acknowledges that, as in any job, working as an RSW can have challenges and sometimes “the job isn’t glamorous.” Still, he says he would not have stayed in this work for 25 years if the benefits didn’t far outweigh those challenges. His words of wisdom for anyone considering working in this field are to remember the gifts that come from a job that is focused on person-centred care.

“There are many opportunities to support people, giving them the fullest life possible in their homes and communities,” he says. “It’s a life-giving environment for everyone involved. This has been a job, and a life, that I have thoroughly loved being a part of these past 25 years.” 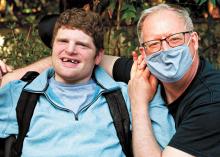 Jeff Nickel, right, has served with Communitas Supportive Care Society for 25 years. He is pictured with his friend Richard. (Communitas photo by Krista Petrie)