When you’re a small regional church 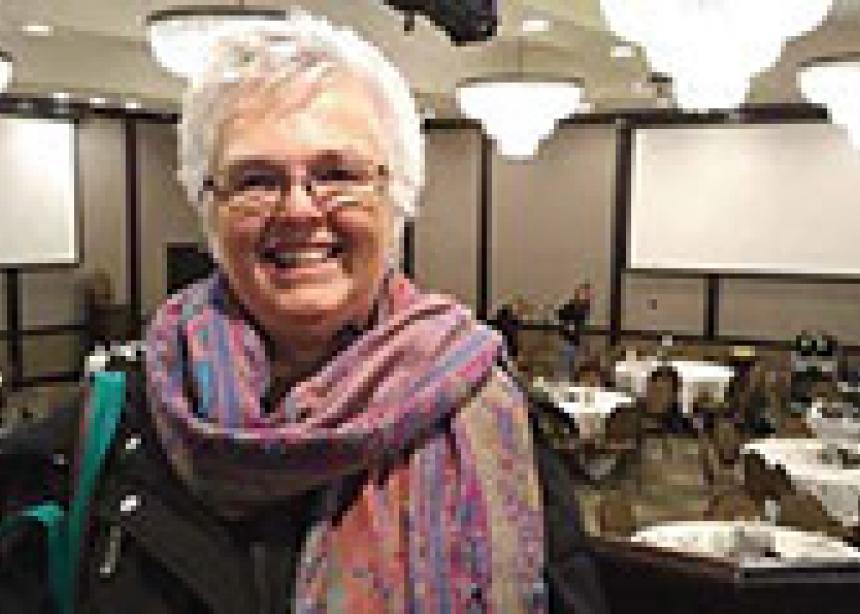 Ruth Friesen of First Mennonite Church, Edmonton, says her congregation has always had a strong connection to the Mennonite Church Canada national office in Winnipeg and the worship and education resources that came from there. Individuals from the congregation were involved in the larger national efforts, and they kept members informed about what was happening beyond their doors.

Friesen has given much time and energy to faith formation, both in her congregation and on behalf of the larger Mennonite church. She served on the Resources Commission of the Conference of Mennonites in Canada, which later became the MC Canada Formation Council. Part of that time she served as the council chair.

She remembers some of the downsizing that happened during the transition between the two groups, and that painful experience stays with her. She is concerned about the effects of yet another transition.

Friesen also served on the board of Canadian Mennonite University for nine years, watching it grow into its mandate to provide pastoral training for leaders in the church. She hopes the school can continue to strengthen its relationship to the churches.

She has concerns about what the new structure will mean for MC Alberta, the smallest of the new regional churches (formerly area churches): “We have amazing ministries, but our capacity to take on more [work] is extremely limited.”

MC Alberta has 15 congregations, with a total membership of about 1,400 and limited area church staffing. Friesen said at Special Assembly 2017 last month in Winnipeg that people are committed to the work of the church, but “we only have a limited number of bodies” to do the work. In the new structure, she wonders how will they be able to do what is asked of them.

She feels that the areas of faith formation and higher education have not gotten the attention they deserved in the restructuring considerations. “I’m not seeing recognition of that in the new documents,” she said, “but I’m going to remain hopeful.”