What would you risk for peace? 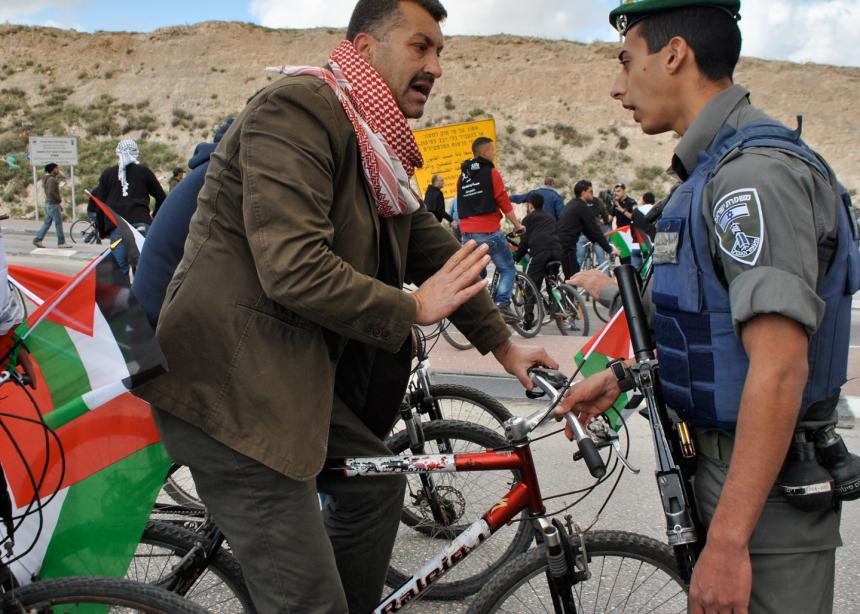 In April 2017, more than 1,600 Palestinian political prisoners went on a hunger strike. As I write this article, strikers have refused food and have been drinking only salt water for the last 31 days. They are protesting being held without charge or trial, medical negligence, poor treatment and the lack of family visits. The strikers are putting their bodies at risk to nonviolently protest their treatment; many are experiencing severe fatigue, malnutrition and dizziness.

Throughout Palestine, people are rising up in support of the hunger strike.  Nonviolent resistance to the policies of occupation are not new. When I lived and worked in Palestine with Mennonite Central Committee, part of my job was to accompany and support the nonviolent resistance. Every week, activists would protest against the separation barrier in various villages around the West Bank, and every week those same activists were faced with violent repression from the Israeli military, who used tear gas, sound bombs, rubber-coated-steel bullets, live ammunition and beatings by soldiers.

While putting their bodies in danger, they also risked arrest. At the Nakba demonstration in 2015, Mazzen Al Azzah, a friend and nonviolent activist, was arrested. When he was released, it was on the condition that he would not attend any more demonstrations. When I asked him what he was going to do, his response was, “I will go. I am not afraid. This is part of the struggle.”

Martin Luther King Jr. wrote that nonviolent resistance takes “suffering, struggle and sacrifice.” Every day I see both Palestinian and Israeli activists live out these three pillars, facing not only imprisonment and death threats but the loss of their very lives.

It is this nonviolence that is supported in the 2016 Mennonite Church Canada Resolution on Palestine and Israel. Yet, while we expect Palestinians and Israelis to take a nonviolent approach to the struggle, I wonder, are we, as Mennonites, willing to do the same?

One has to admit that these are still very small risks compared to what Palestinians face. But it is hardly ethical to place that expectation on others and not place it on ourselves first.
So I offer this challenge: Are you willing to take the risk and be nonviolent?

The time has come to take up the call of boycott, divestment and sanctions (BDS) unapologetically. This support means not only condemning the settlements or the occupation; it means the entire BDS framework of liberation is adopted, including:

The framework and narrative for nonviolent resistance has already been created by Palestinian activists who know the path towards liberation. The question remains: Are Mennonites willing to join?

Rachelle Friesen is the Canada coordinator for Christian Peacemaker Teams. Previously, she lived and worked in Palestine with Mennonite Central Committee as the Peace Program coordinator. She holds an MA in social and political thought from York University, Toronto.

For more on this subject see:
Broadening our prayers
The view through a prison keyhole
Muddying the waters on Israeli divestment
Don’t interrupt me
Three stories of throwing
Palestinian children face harsh realities
Working group tackles tasks of advocacy on Palestine and Israel 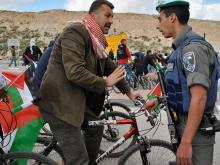 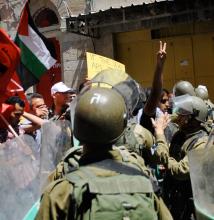