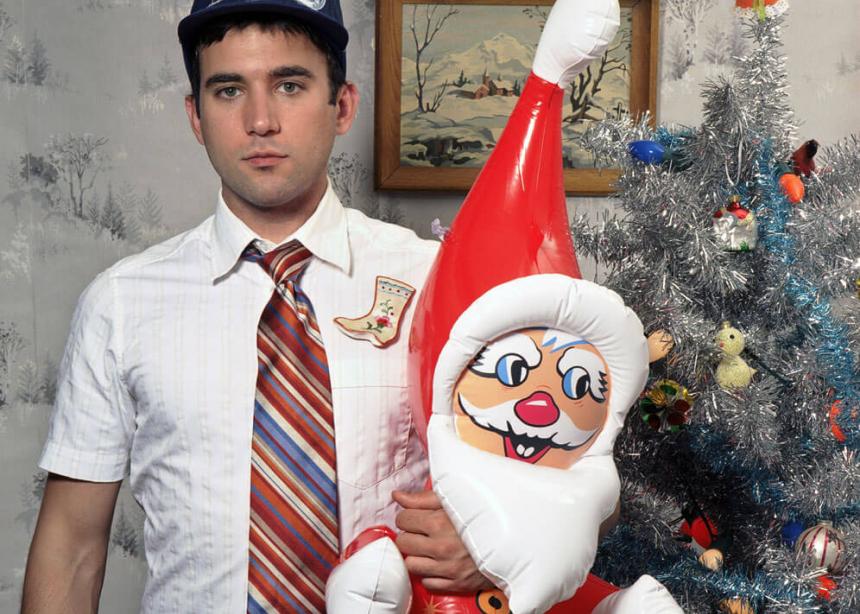 Nolan Kehler knows a thing or two about music. In addition to studying vocal performance at Canadian Mennonite University in Winnipeg, the 22-year-old works part-time as an AM radio DJ and also as a producer for CBC Manitoba.

Kehler has played drums for a number of Winnipeg musical acts, including Pocket Change, Kenzie Jane, and Rhia Rae and the Rubies. If that weren’t enough musical involvement, he is also the founder and editor of a blog that is posting reviews of each album on Rolling Stone magazine’s list of 500 greatest albums of all time.

With the holidays upon us, Canadian Mennonite asked Kehler, a member of Seeds of Life Community Church in Altona, Man., to talk about some of his favourite Christmas music.

“River” by Joni Mitchell
From the album Blue (A&M Studios/Hollywood, 1971)

“I wish I had a river to skate away on,” renowned Canadian singer-songwriter Joni Mitchell sings on this classic folk song. It’s a melancholic song that Kehler views as ultimately positive. “Christmas is largely a season where we put aside a lot of our day-to-day woes or conflict, and reflect on hope,” he says. “I think that Joni Mitchell both recognizes the sadness of our day-to-day lives but also . . . [offers] a route of escapism to a place that’s more full of hope.”

Kehler remembers being 10 or 11 when his mother bought this collection of Christmas standards sung by three members of the Rat Pack. Most of the songs are studio recordings, but there are a few live tracks as well. Hearing the famed singers interact with the crowd is a particular highlight for Kehler. “It feels like they’re talking to you and they’re spending the holidays with you,” he says.

“I really love Bruce Cockburn’s Christmas album a lot,” Kehler says. “It’s a bit rawer around the edges than a lot of Christmas albums I would listen to regularly, and I appreciate that. It sounds like he’s performing in a log cabin out by a creek in the woods, and all he’s got is a warped acoustic guitar—and a backing band, of course.” Kehler points to Cockburn’s rendition of “The Huron Carol,” sung in its native Huron, as a highlight. “That’s the one that draws you into the sense of a wilder Christmas record.”

“Santariffic” by Harry Connick Jr., featuring Lucien Barbarin
From What a Night! A Christmas Album (Sony/Columbia, 2008)

“You can’t help but chuckle and bob your head at the same time” when listening to this original composition by crooner Harry Connick Jr., Kehler says. It’s a big-band jazz number that features Connick Jr. and trombone player Lucien Barbarin trading lines about how eating cookies and drinking milk have left their bodies looking “Santariffic.” There’s also a little romance thrown in for good measure. “They’re having fun with it, and the trombone solo’s dynamite,” Kehler says. “It’s a fun Christmas song.”

Acclaimed American musician Sufjan Stevens recorded 10 Christmas EPs between 2001 and 2011. The first five are included in this collection. “He’s one of the greatest singer-songwriters out there today,” Kehler says. Listeners of the collection, will feel as though they are at a holiday party in someone’s basement, hearing a guy with a guitar singing in the corner, he adds. The five EPs mix originals by Stevens with his renditions of classic Christmas and religious songs. “His version of ‘Come Thou Fount of Every Blessing’ is gorgeous,” Kehler says. 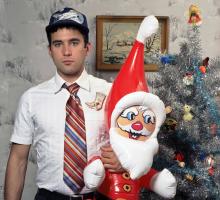 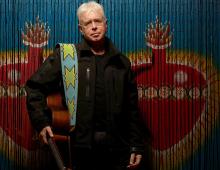 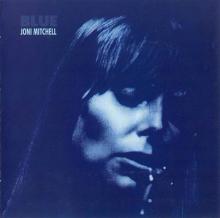