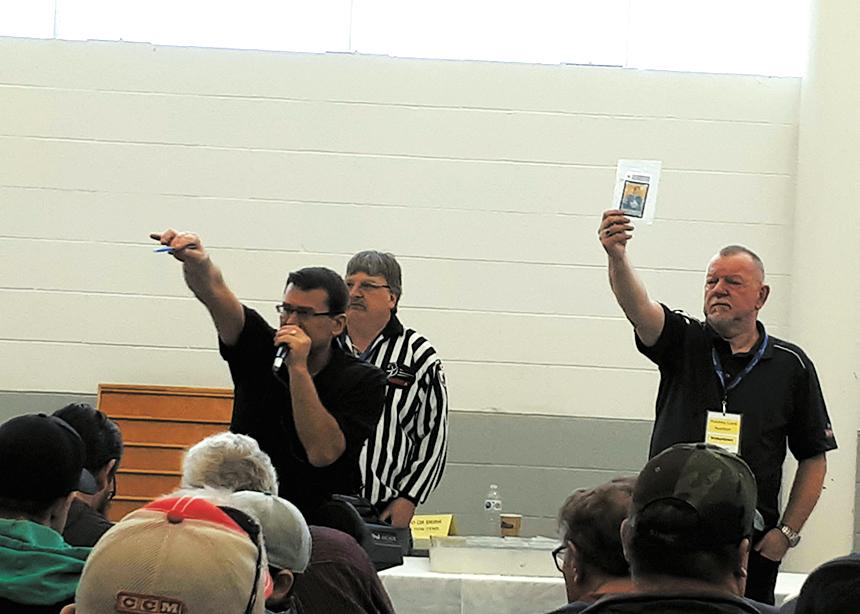 It was standing room only in the community room at the Woolwich Memorial Centre in Elmira, Ont., for an auction of vintage hockey cards, hosted by the local Mennonite Central Committee (MCC) Thrift and Gift store on March 16.

Potential buyers lined up early to view the cards and other memorabilia, including rookie cards for Tony Esposito, Darryl Sittler and Bobby Orr.

The card collection was donated by retired local businessman Lloyd Martin, who had just turned 90 and had moved into a retirement home. During downsizing, the family found his boys’ hockey card collection from the 1960s and ’70s, and he chose to donate it to the MCC Thrift and Gift store in Elmira, where generations of the Martin family have participated in what store manager Betty Marshall described as “a legacy of volunteering.”

Gary Jantzi of Jantzi Auctions Ltd. volunteered his time to keep the bids coming in. Serious collectors, as well as the nostalgic and the curious, gathered to trade bids on the cards, many of which had been professionally graded.

The auction culminated with the sale of two Bobby Orr rookie cards from the 1966-67 season. One fetched $900 while the final card went for $2,575 to appreciative applause from the gathered crowd. The final total of $13,845 was far beyond what organizers had hoped for. All of the proceeds will support the relief, development and peace work of MCC. 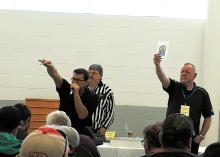