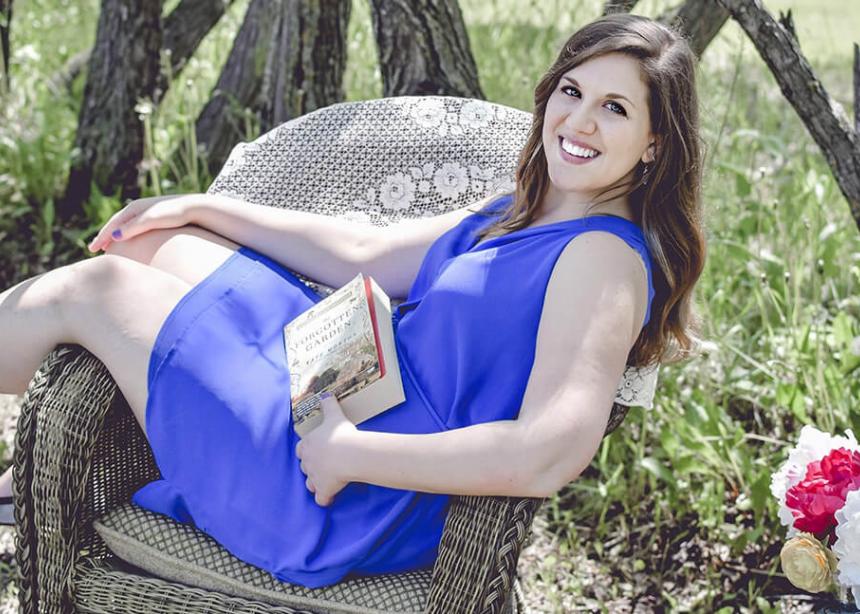 When Katrina Sklepowich was assigned to write a weekly blog as part of her school work, focussing on literature was an obvious choice.

“I love books and I’m always reading, so I thought I would have endless source material,” says Sklepowich, 26, who is finishing a diploma in creative communications, with a concentration in public relations and communications management, at Winnipeg’s Red River College.

When she was 13, Sklepowich won a contest run by the Chapters bookstore chain. For the next three years, she was one of a handful of “junior book lovers” nationwide who reviewed books for the company and provided insight into how to market upcoming books to teenagers.

Her passion for reading has only grown since, as evidenced by her podcast, “Literally, Katrina.” Consisting of 15 episodes, the podcast served as Sklepowich’s creative thesis at Red River College and gave her the opportunity to interview a wide range of writers.

The podcast has featured interviews with everyone from novice writers working on their first novel, to established wordsmiths like Mennonite humourist Armin Wiebe and Life of Pi author Yann Martel.

For Sklepowich, the best part of produc-ing the podcast has been meeting people from Manitoba’s rich literary community. She enjoys getting to know her guests not only as writers, but as people.

For Sklepowich, who worships at Douglas Mennonite Church in Winnipeg, producing the podcast has led to writing book reviews for the Winnipeg Free Press.

Canadian Mennonite asked Sklepowich to talk about some of the novels that have had the biggest impact on her life and faith:

• The Harry Potter series by J.K. Rowling (1997-2007).
Sklepowich read the first book in the series when she was nine years old. “It’s the first book I read and I loved and I wanted more of,” she says. The seven books in the series connect to her faith because if she hadn’t discovered them, she wouldn’t be the avid reader she is today. While some Christians have taken offence to the supernatural elements in the series, Sklepowich praises its themes of love, family and good triumphing over evil.

• Les Misérables by Victor Hugo (1862).
The epic French historical novel tells the story of Jean Valjean, an ex-convict who decides to turn his life around. “It is so beautiful,” she says. “There are so many mini-stories in [the novel] that have stuck with me.” She recommends it for readers looking to boost their faith: “It’s all about forgiveness, God’s love, second chances and beating the odds despite horrible circumstances.”

• The Forgotten Garden by Kate Morton (2008).
Set in Australia at the beginning of the 20th century, this novel explores the mystery that unfolds when a four-year-old child is found abandoned on a ship headed for Australia. Sklepowich says the book hasn’t impacted her faith, but she does love the story. “The storytelling in The Forgotten Garden is transportive,” she says. “All of a sudden . . . you’re wrapped up in this mystery. It’s so good.”

• Station Eleven by Emily St. John Mandel (2014).
This critically acclaimed, award-winning novel tells the tale of a travelling Shakespearean theatre company in post-apocalyptic North America. “Everything falls apart in that book, and yet there’s a group of people that survive,” Sklepowich says. “It reveals the darkest parts of humanity and what can happen, but also shines a light on how we should be behaving already and [reminds us of] what we take for granted.”

• To Kill a Mockingbird by Harper Lee (1960).
Regarded as a masterpiece of American literature, this novel tells the story of Atticus Finch, a lawyer in 1930s Alabama who is appointed to defend a black man accused of raping a white woman. “It’s so chock-full of the best advice,” Sklepowich says. “[Atticus Finch] is so wise.” Even though the novel takes place more than 80 years ago, the themes of courage and compassion are still relevant today. “I really like coming back to that one.” 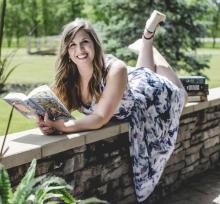