Syrian ‘souls’ at the Edmonton Fringe 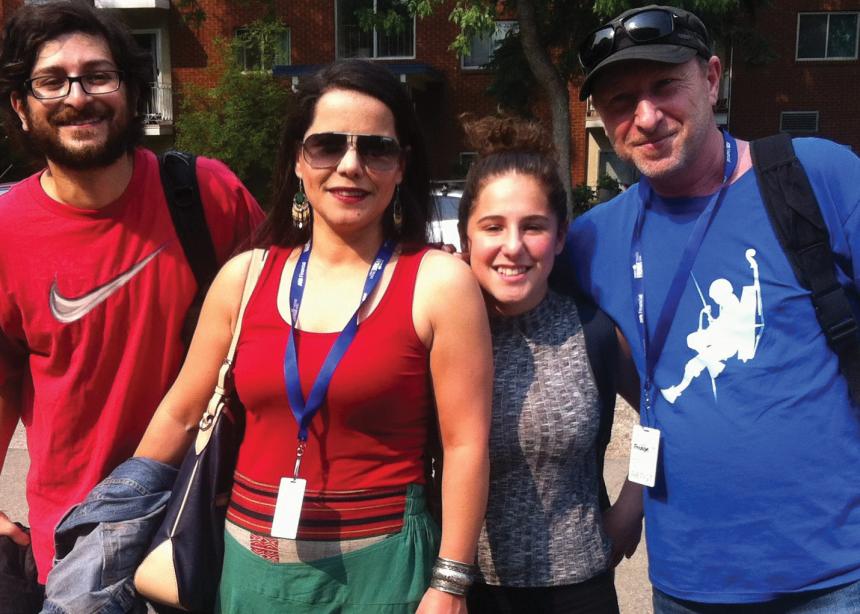 Sometimes bridges built between faith communities are quite literally dramatic.

Donna Entz, Mennonite Church Alberta’s community outreach worker who strives to build better relationships between Christians and other faiths, played the part of one of several background connectors helping to piece together the people and stories that brought a play telling of displaced Palestinians to the stage at the 2017 Edmonton Fringe Festival in August.

Souls was sparked by conversations Gordon and Wendy Baergen had with a Palestinian doctor who was speaking at Edmonton’s city hall. The doctor’s daughters had been killed in Israeli attacks on Gaza. The Baergens had recently been in Palestine at a Christ at the Checkpoint conference and had seen some of the situation there.

Meanwhile, Entz was having conversations with the author of Smuggled Stories From the Holy Land, Carmen Taha Jarrah. Entz introduced the author to Wendy, a Mennonite Central Committee volunteer. When Wendy suggested theatre as a more effective medium than a book, Entz introduced her Syrian playwright neighbour to Taha Jarrah and the Baergens. The playwright, Aksam Alyousef, is married to an actress whose ancestors were displaced from their home in Palestine.

The coincidental conversations and connections eventually all came together. “Do you follow the nudges or let them fall by the wayside?” Entz wondered. Wendy agreed to produce the play, taking on a large number of promotional and organizational details necessary to grow the idea into reality. “We were way over our heads, right from the start. Our whole purpose was to get the story out,” Wendy said.

Alyousef used Taha Jarrah’s stories to inspire his work, drawing particularly on a story she tells of Jewish immigrants moving into Palestinian homes and claiming they are haunted by the ghosts of their former owners. Alyouself wrote the original script in Arabic and Taha Jarrah translated it into English.

Souls tells the story of Hanna, a Canadian lawyer, and her husband Eli, who move to Israel shortly after 1948 and into a home formerly occupied by a Palestinian family. Hanna’s discomfort with the situation grows steadily as she is expected to use the former homeowner’s belongings, sleep in their bed, and eat preserves they left behind. When a young Palestinian girl shows up looking for her cat, Hanna and Eli’s relationship is thrown into conflict as they disagree on the right response. A ghost—the soul of the girl’s mother who was killed by a settler’s bullet—converses with Hannah, adding layers of both understanding and discomfort to the Canadian in Israel, pushing her to make a decision about her relationships to both husband and country.

While the play received a poor review in Edmonton’s Vue Weekly for “putting the message before the story,” it was one of few serious dramas in a festival dominated by comedic acts. Souls stood out as a play with something important to say. As such, it succeeded in highlighting some hidden realities of injustice and the variety of its effects on all sides of conflict.

Wendy said she recognized many Mennonites and general festival-goers in the audience, but couldn’t tell if there were Jewish or Muslim people in attendance. “One thing I watched for were Muslims. I know they supported [the drama] financially, but I didn’t notice attenders,” she said.

Smuggled Stories from the Holy Land by Carmen Taha Jarrah is available online at Amazon.ca. 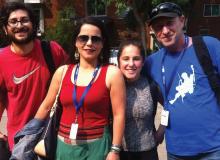