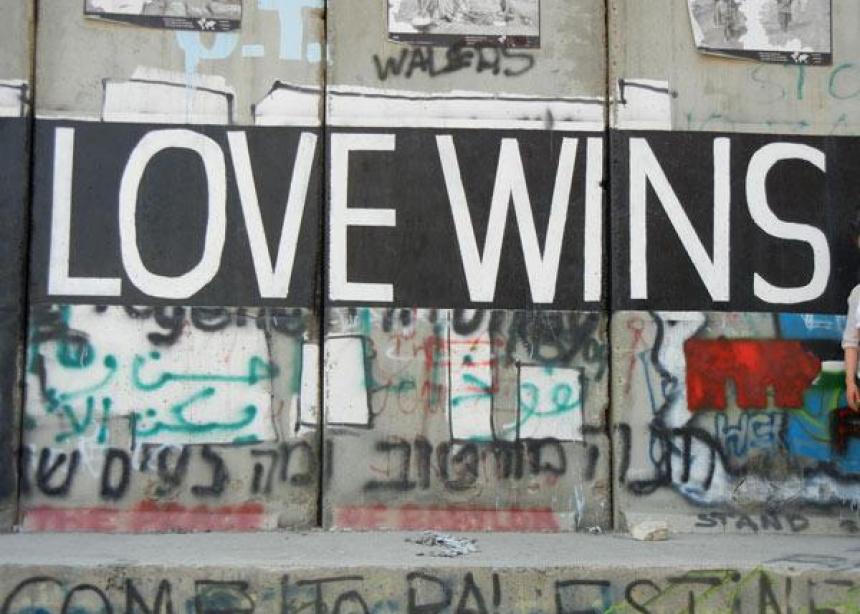 “To live in the Holy Land, you must be crazy, or you must believe in miracles,” farmer Daoud Nassar tells our group assembled in a cave just outside of Bethlehem. He is sharing the story of his family’s land and their struggle to keep it. Yet the man sitting in front of us does not seem crazy. He has quiet, intense eyes and a resolute tone. There is fire behind those eyes, but not insanity.

Daoud’s family farm is more than just an agricultural operation, it is a battlefield. Named the Tent of Nations, it is a traditional, Palestinian farm, complete with an olive grove and a vineyard. The Tent of Nations is located within the 60 percent of the West Bank that is completely controlled by the Israelis.

Unlike areas such as Bethlehem, in which day-to-day life is controlled by the Palestinian Authority, the area around the Tent of Nations is under Israeli civil and military control. Standing on a high point on the farm, you see Israeli settlements in every direction you look, populated by Orthodox Jews who believe they have a God-given right to the land of the West Bank. The slow encroachment of Jewish settlements and the restrictive legislation placed on Palestinians living in the Israeli-controlled West Bank are gradually choking the Palestinians.

There are many possible responses one can have as a Palestinian living under such conditions Daoud says. Some leave, some turn to violence, and still others do nothing, paralysed by self-inflicted victimization. The response taken by the Tent of Nations is different from all of these, and can be best described as turning the other cheek.

Turning the other cheek, as Jesus taught us to do, is not a passive response, but rather it is a creative form of protest, meant to undermine the wrongdoer without disrespecting him or her. By offering the other cheek, you are forcing your oppressor to strike you with the palm of his or her hand. This signifies your status as their equal, as opposed to the degrading back-handed slap given to slaves.

Likewise, the Tent of Nations has found creative, non-violent ways to work around the pressures placed on them by the Israeli government and to make themselves completely self-sufficient. Instead of buying electricity from Israel, the Tent of Nations generates its own using a Solar Array donated by a German company. Instead of buying Israeli water, they dig large cisterns on their land and live almost entirely dependent on rain water. And finally, when Israel refuses to grant them building permits to renovate their homes, they dig caves underground which are used as meeting rooms, bedrooms and a chapel.

Back in the cool cave, the main meeting room of the Tent of Nations, with its walls painted with slogans of peace in a multitude of languages, I realize that the people here fully encapsulate what it means to work for justice and peace, not only for their family, but for their neighbours and their planet. The Nassar family has literally scorned the sword and has instead picked up its ploughshares. By the time our group of travellers drives away from the Tent of Nations, I too, am ready to believe in miracles.

Vanessa Snyder-Penner is an 18-year-old university student from Waterloo, Ontario, and a member of Waterloo North Mennonite Church. She recently took part in Yella, a tour of Israel/Palestine for young adults organized jointly by Mennonite Central Committee Ontario and Mennonite Church Eastern Canada.

See other stories about the Yella tour experience:
Beholding the grey area
Clarity and confusion in the Middle East
Marching to Zion
‘Let’s go’ to an amazing place 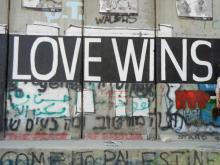 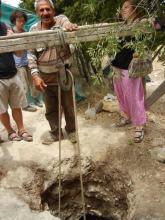 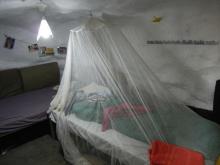 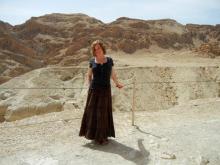