Spreading the word about GROW 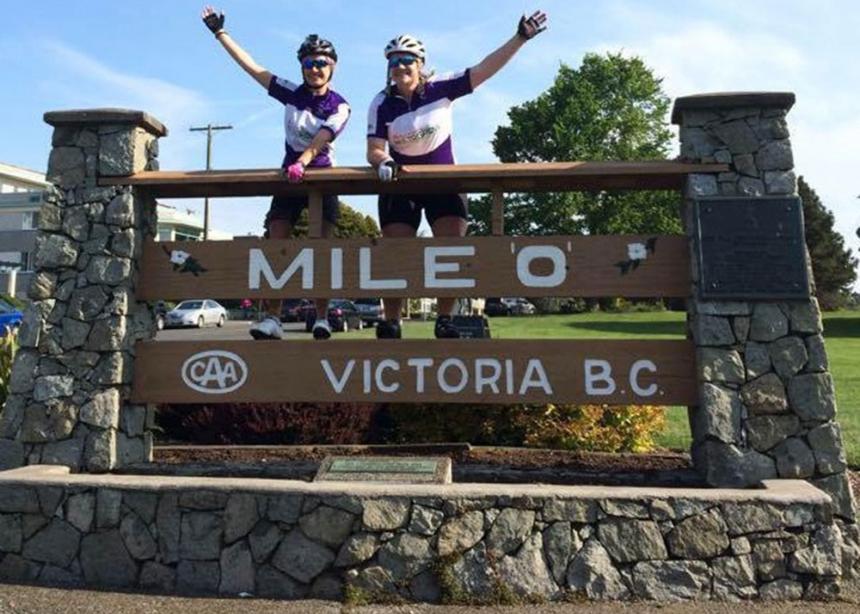 Mary Fehr just learned to ride a bike a few years ago, when she was 17. Now she and Sarah French are cycling thousands of kilometres across Canada—from Victoria, B.C., to St. John’s, Nfld.—to raise money for Mennonite Economic Development Associates (MEDA) through its Bike To Grow campaign.

Fehr, 24, attends Leamington United Mennonite Church in Ontario. She met French, 25, in 2013, at an orientation before they embarked on MEDA internships. Fehr was bound for Tanzania, French was headed to Nicaragua. They both worked as impact assessment interns.

Even two years ago, Fehr says French was interested in doing a cross-Canada bike trip so she could see the rest of the country. “She kept talking about it. I kept avoiding the conversation,” Fehr jokes.

After their several months abroad, the two decided to embark on the trip together. Almost immediately after the decision was made, they decided to take the opportunity to give back to MEDA and support women entrepreneurs in the process.

The women are hoping to raise $150,000 for MEDA’s Greater Rural Opportunities for Women (GROW) program, a sustainable development program that helps women farmers in Ghana grow more soybeans and forge market links that increase their incomes.

By their first day on the road, the pair were almost a third of the way towards their fundraising goal. All monies raised will be matched nine times by Foreign Affairs, Trade and Development Canada, meaning that if they reach their goal the total will jump to $1.45 million.

They also want to raise awareness about the work MEDA is doing in the world, and encourage people their age to get involved in projects that create sustainable development.

After reaching St. John’s, they will then finish their tour off at the MEDA chapter in Leamington, Ont., on Sept. 5. Along the way, they’ll stop at the six other MEDA chapters across the country to give presentations on the GROW program and their campaign to support it.

To support the Bike To Grow campaign, and to follow Fehr and French’s progress as they bike across Canada, visit www.meda.org/bike-to-grow. To watch a video of the fundraising cyclists, visit http://bit.ly/1LgJd1q. 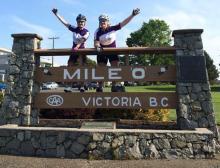 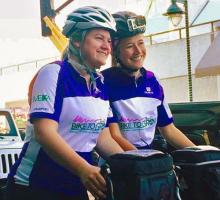 Mary Fehr and Sarah French will stop at each of Mennonite Economic Development Associate’s seven chapters across Canada to give presentations about their work with Bike to Grow. (Photo courtesy of Sarah French and Mary Fehr)