Sponsors provide a welcome into their community 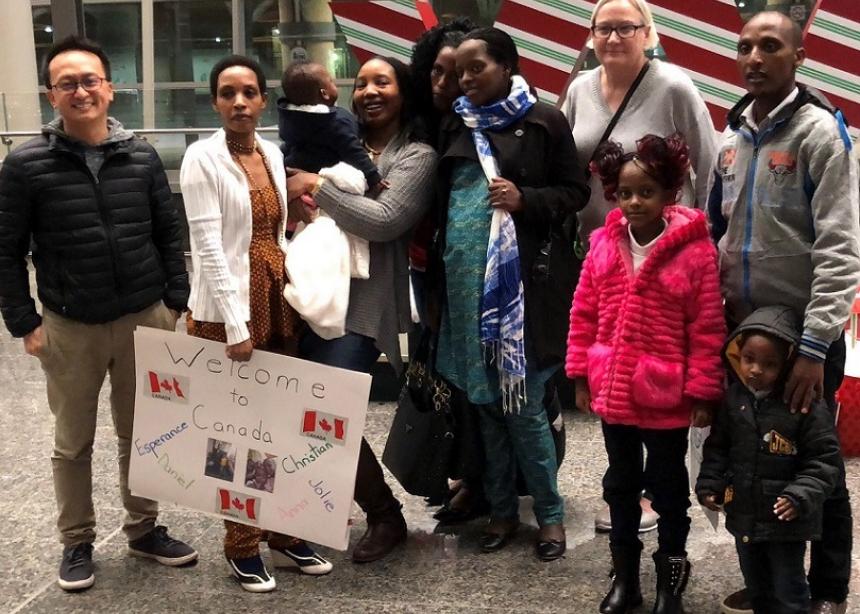 There are 23 million refugees around the world, with 1.2 million in need of resettlement outside of their home country or region.

In 2017, Mennonite Central Committee (MCC) helped groups resettle 442 people through the Blended Visa Officer Referred (BVOR) program. That was about one-third of all people who arrived in Canada in that category.

The BVOR program is designed to resettle refugees identified by the United Nations High Commissioner for Refugees (UNHCR) office and submitted to Canadian visa offices. These refugees are selected for resettlement because they are the most vulnerable in their location. They are often in need of protection, have medical conditions or are part of women-headed households. Immigration, Refugees and Citizenship Canada, as well as private sponsors, financially support the newcomers when they land in Canada.

Daria Soltysiak, a communications professional, is a member of one such private sponsorship group. She and a group of four other Albertans are helping Esperance and Christian Manwengwe and their four children adjust to life in Calgary. The family, which is originally from the Democratic Republic of Congo, moved to Canada in December 2017.

Soltysiak says it felt like a moral obligation to welcome this family. “I think that anyone can look on the news and see what’s happening around the world,” she says. “For me, there was a desire to support and help in some small way.

Christian Manwengwe says the assistance of the sponsorship group is appreciated. “Our sponsors are really helpful,” he says. “We like Canada so far and the time we’ve spent here. Calgary is good because I feel it’s a secure place for me and my family.”

Brian Dyck, MCC Canada’s national migration and resettlement coordinator, says that prioritizing BVOR refugees is a way of partnering with the UN and Canadian government to ensure the best outcomes for vulnerable people. However, deciding who to recommend for resettlement is a difficult job, he says. That’s why it’s important to have UNHCR staff who can see the impact of these decisions.

“We, as MCC, want to help UNHCR out with the overwhelming numbers of refugees,” he says. “There are people who are overseas and see the broader picture in a refugee hosting situation. It’s important having them help us decide where resettlement makes the biggest impact for the people on the ground there.”

According to Michael Casasola, a senior resettlement officer with UNHCR, privately sponsored refugees tend to achieve better outcomes because of the social network they have. “It’s critical for [private sponsors] to understand that they have made it possible for refugees to find a new home and a new opportunity,” he says. “You’re not simply providing financial support, you’re also welcoming that person into your community.”

This year the Canadian government hopes to resettle 1,500 BVOR refugees in Canada. To learn more about taking part in this program or privately sponsoring refugees through MCC, contact your local MCC office or visit https://mcccanada.ca/learn/what/refugees/sponsorship. 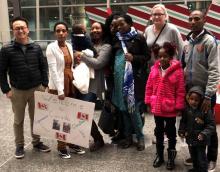 Danny and Anna Manwengwe make pizza at their home in Calgary. They arrived from the Democratic Republic of Congo by way of Kenya last December. (Photo courtesy of Daria Soltysiak)