Sharing his gifts to help others 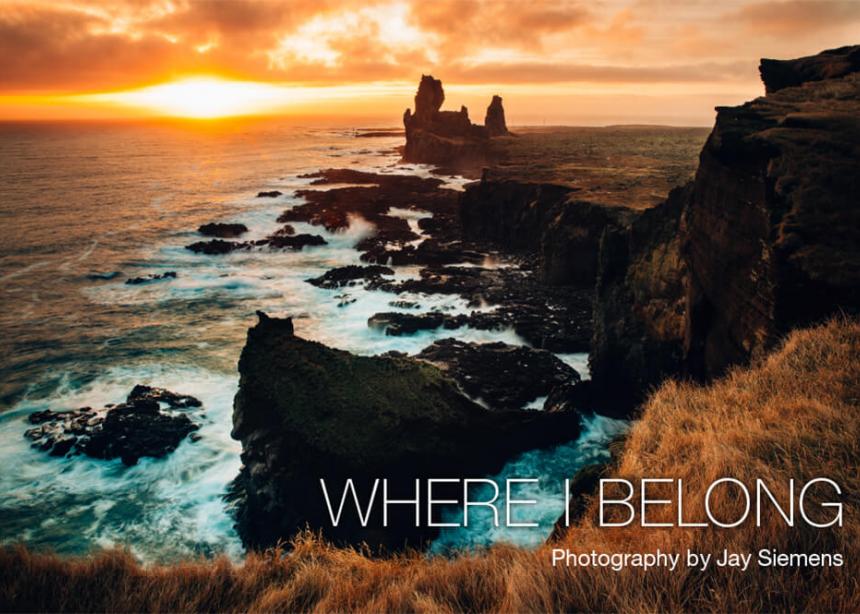 When Manitoba photographer Jay Siemens partnered with Friesens Corporation to create a 2016 calendar to benefit Syrian refugees, he had no idea they would print 1,000 copies and raise $20,000 for the cause in a matter of weeks. But that’s exactly what happened last month in the lead-up to Christmas. Siemens, a 23-year-old based in Altona, Man., says it was amazing to see people come together to support the project.

“Everything needed to come together for it to work and for there to be calendars before Christmas. I’m just happy I decided to go along with the idea,” Siemens says. “I easily could have just sloughed it off, but I think things happen for a reason and I think the situation turned out the way it was supposed to turn out.”

Siemens was travelling in Iceland during the latter half of November when he read a CBC article saying that his hometown would welcome five refugee families from Syria, increasing the town’s population by one per cent. The initiative to sponsor the families was started by Build a Village, a charity supported by Seeds Church, Siemens’ home congregation.

Siemens knew he wanted to contribute in some way. Shortly after reading the CBC article, he had the idea to produce a calendar featuring 24 of his photographs from around the world. He planned to sell the calendars for $20 each, with all of the money from sales going to Build a Village’s efforts to help the families.

When he returned to Altona a few days later, he approached Friesens Corporation about partnering with him. He initially hoped Friesens would agree to print 300 to 500 calendars and sell them to him at cost. He was pleasantly surprised when the company said they would cover the cost of printing 1,000 calendars.

Within a few days, the calendars were at the print shop. Siemens filmed a short video explaining the project and posted it to his Facebook page. It quickly garnered thousands of views and received media attention from the CBC, the Winnipeg Free Press and Buzzfeed. More than 800 people pre-ordered the calendar, and the rest quickly sold out when they became available before Christmas.

“I couldn’t have expected much better of a response,” Siemens says. “I think we don’t really understand the situation the refugees are going through, so anything we can do to help is huge.”

Curwin Friesen, CEO of Friesens Corporation, says the company’s commitment to supporting the Altona community, its past involvement with Build a Village and its belief in the power of print to make a difference made partnering with Siemens a natural fit.

“We can’t forget that [Friesens] was founded by immigrants,” Friesen says. “We felt it was in line with our history . . . to promote extending the table, so to speak, here in Altona with refugees.”

Like Siemens, Friesen was encouraged by the public’s response to the calendar.

“I think a lot of people would like to get involved [helping refugees],” he says. “When you give them a project and a product that captures their imagination, things move really quickly.”

The calendar is named Where I Belong after a song by the rock band Switchfoot in which the singer explores themes of belonging and asks questions about his place in the world. Siemens thought it was an appropriate title for the calendar, given that Syrian refugees are no doubt struggling with where they belong.

Siemens’ interest in photography was sparked in 2010 during his final year of high school at Mennonite Collegiate Institute in Gretna, Man. He is self-taught and made the transition to full-time photography last year.

Siemens does a variety of work, including landscape photography, weddings and commercial work for organizations like Friesens, MB Mission, Youth for Christ and Canadian Geographic.

His travels have taken him to northern Manitoba and remote parts of Saskatchewan, as well as overseas destinations like Turkey, Greece and South Africa.

He describes his skills as a photographer as a gift from God and says he is happy he was able to use that gift to create Where I Belong.

“It’s important as humans to share our gifts—I think that’s why we have gifts,” Siemens says. “I think if people can remember that, there’s going to be a lot of good work done.”

“Because we’re neighbours.”
“A town that welcomes refugees.” 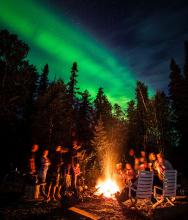