Salty language and coming to faith 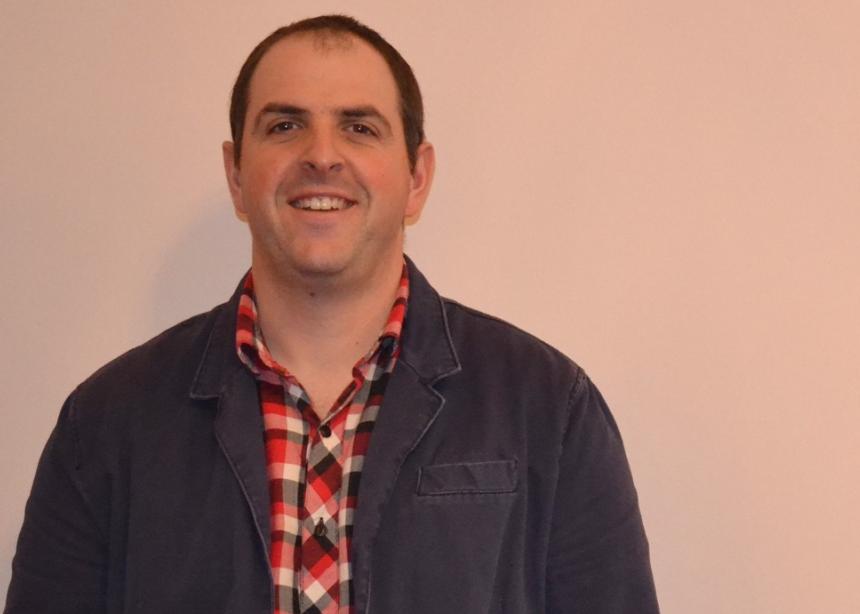 “Ah, sorry about all the cussing! I’ll be sure to watch my language around you from now on.”

I can’t count the number of times I’ve heard an embarrassing apology of this sort when someone discovers that I’m a pastor. Having spent time in hockey dressing rooms, on baseball fields and at construction sites, it’s a familiar story. I’ve grown accustomed to the shock and surprise when it is revealed that I am a person “of the cloth.” The most frequent reaction is an immediate apology for their foul language.

My response is often a hurried assurance that it’s not a big deal. I’d have a full-time job if I decided I was going to be the language police in the realms of the diamond, the rink and the framing crew. I’ve grown so accustomed to the profanity that, to be honest, it doesn’t really faze me anymore. Besides, I believe that to address bad language would be more a hindrance than a help in sharing the Good News of Jesus.

The truth is, I do care about vulgarity. I personally aim to keep it clean and haven’t dropped an F-Bomb since the eighth grade. Proper speech is something I value. I believe that constant cursing demonstrates a lack of respect toward others as well as a lack of intelligence in expressing oneself. I also believe that we, as Christians, have far more significant issues to be concerned about, but it would be pleasing to me if public conversation was a little more sweet and a lot less salty.

There are two key reasons why I don’t speak to the swearing of others around me. First, to call them out communicates that they must clean themselves up first, before coming to Jesus. Many unbelievers feel initially awkward around me upon discovering that I’m a pastor. However, they are also generally curious about what I might have to say about the role and presence of God in their lives. For me to ask them to address a particular sin at the onset of this conversation communicates that they are not yet acceptable for a pastor to relate to. And ultimately it communicates that they need to tidy up, become someone they’re not, in order to first encounter God. This would be a complete reversal of the Good News. We do not become righteous so that we can come to God. Rather, Christ became righteous on our behalf, so that through his life, death and resurrection, we could fully be with God.

Second, to ask my friend to address his language is to put the cart before the horse in his spiritual journey. Do we believe that it is up to us to transform ourselves? Or, is this a work of the Holy Spirit? The Apostle Paul tells us that the by-product of the Holy Spirit in our lives is love, peace, self-control and all that good stuff. So, to expect my buddy to be transformed prior to the experience and filling of the Holy Spirit, am I not setting him up for frustration and failure?

Following Jesus follows faith in Jesus. Transformation is a work of the Holy Spirit. As we share Christ with others, we must never get this order mixed around.

So, what to do about my foul-mouthed buddy? Well, we’re going to have a tonne of fun playing shinny together. The next time a round of expletives comes streaming out, I’ll keep my head down, playing on with a smile on my face. And I will pray every step of the way that somehow, perhaps through me, he will meet and be transformed by the love of his Creator.