The journey of a Mennonite shepherd 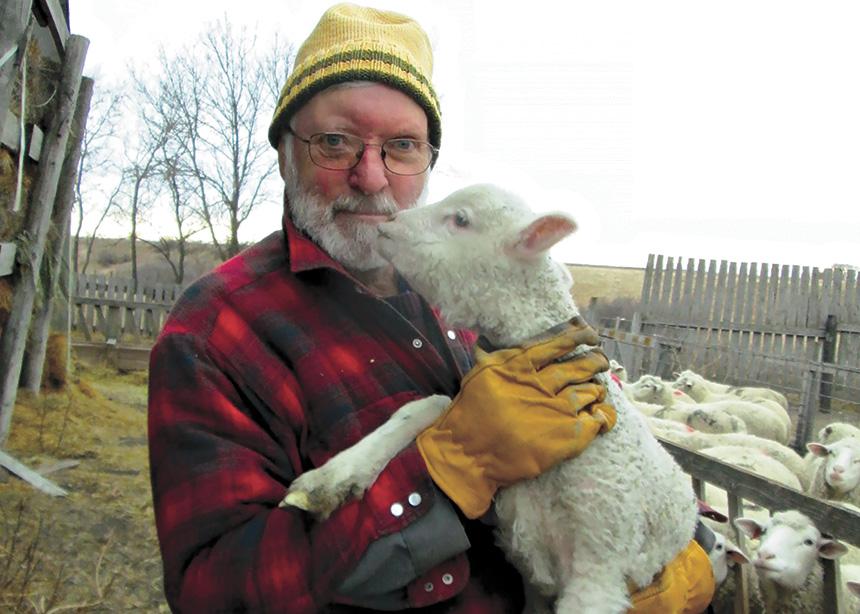 Ernie Hildebrand intended to spend his life farming along the banks of the Cypress Creek, where he grew up in south-central Manitoba. And while Hildebrand, now 80, and his wife Judy currently live less than a mile from where Ernie played as a boy, a pastoral calling took them on a 23-year journey away from those creek-side sheep pastures.

The story is told in Hildebrand’s memoir, Guiding Diverse Flocks: Tales of a Rural Mennonite Pastor. The flocks included 250 Suffolk sheep; human flocks at Osler, Sask., Springstein, Man., and Mather, Man.; then, finally, another flock of the fluffier sort.

While Hildebrand depicts a “carefree” childhood during which there was “little distinction between work and play,” two of the more memorable scenes in the book are dimmer episodes from his youth. At age 11, a combine drove over half his face after he slipped while jumping onto the machine. When a group of cousins stopped by the hospital to see the recuperating, and somewhat misshapen, boy, Hildebrand was met “by a sea of pained faces and utter silence.” Hildebrand recalls: “The reality of my facial disfigurement was sinking in.”

Some years later, neighbour Peter Thiessen drives to the end of the 50-acre field Hildebrand is seeding to tell him that his 15-year-old sister Linda has died. The family had been to the hospital in Winnipeg the day before to say their goodbyes. Linda had succumbed to cancer.

“I remember Mom saying that she wished she had never had children,” Hildebrand writes, “our family life had changed.”

But overall, the book is one of glad endings.

Hildebrand’s story harkens back to the rural roots of Canadian Mennonites. It will resonate with anyone who has had a team of horses run away on them, or attends a church at which the Thanksgiving Sunday display includes wheat from a member’s field.

While Mennonites have urbanized rapidly, roughly 40 percent of Mennonite Church Canada congregations are still rural. Though the majority of church institutions and denominational decision-makers are now urban—including essentially all newcomer congregations—the rural reality is still a key component of our diversity.

For Hildebrand, country life was the context of all his pastoral work. In his mid-twenties, a thin financial farm outlook coincided with increased church involvement. The Hildebrands ended up at Canadian Mennonite Bible College (CMBC) in Winnipeg and then pastoral ministry at Osler Mennonite. Seeing grain trucks pass his office window during harvest time was an adjustment. “Pastoral work didn’t seem to be real work,” he writes.

Hildebrand’s five years in Osler were marked by his leadership of a local citizens’ group that fought a public campaign against a proposed uranium refinery in the area. After three years of work, they won. But the issue, including Hildebrand’s involvement with church youth engaged in the protest, created growing unease in the congregation. Despite support from church leadership, Hildebrand resigned, in hopes of alleviating tension. He later worried that no other church would hire “such a political/radical pastor.”

A subsequent six-year stint at Swift Current Bible College—though rewarding—also ended amidst turmoil. Numerous faculty members resigned in the face of a push for reforms by conservative elements in the constituency. Hildebrand felt wounded that no conference leaders defended their faculty friends.

From there, the Hildebrands ended up at Springstein Mennonite, east of Winnipeg. Hildebrand writes candidly and graciously about successfully navigating inevitable tensions, including a readers theatre that led to a “boycott” by some seniors.

Overall, it was a “healing” time for Hildebrand and a “good match.” Still, over time, “restlessness,” slumping morale, and other opportunities brought him back to the creek-side pastures of his youth and a part-time position at nearby Trinity Mennonite in Mather, Man. Hildebrand gave attention to both human and woolly flocks for eight years until retiring from church work in 2002.

In response to the memoir, Erin Morash says, “Pastors are their collective life experiences.” She appreciated Hildebrand’s candour about the role of a rural pastor. Morash has been a pastor for 17 years at the Crystal City, Man., church that Hildebrand attended in his youth and again now. She also served a much larger church in Winnipeg.

Living and pastoring in a town of a few hundred, Morash says people notice what you drive, where you buy groceries, and when you go to the city, which Morash does regularly, in part to shed her work role, which is difficult to shed in town. “Everyone needs privacy,” she says, and boundaries are “tricky.”

Hildebrand says some people related more freely with him when he became a former pastor. Morash noted that Hildebrand is “honest about the freedom that retirement from ministry gives him when it comes to sharing the parts of his theology that might have been hard for the majority of an average congregation to digest.”

Morash says one benefit of rural pastoring is that she knows more about her parishioners than she did in Winnipeg, in part because she sees people in the rest of their lives—at work, with extended family, at the post office, and in the coffee shops, which she visits weekly (men’s on one side of the street, women’s on the other). She learns about people’s needs. And the contextual familiarity is especially helpful when supporting people in times of crisis.

She also knows about people’s feuds, including the long-standing ones. Hildebrand writes that in each of the four rural churches he has been part of he knew of decades-old conflicts related to land transactions between members. Morash says, “Communities find ways to build bridges around these feuds” because it is too costly not to.

The broader Mennonite family (“conference”) is vital to her congregation, says Morash. It is “part of their identity” and necessary for their survival.

Hildebrand’s story is likewise embedded in the broader Anabaptist story, centred for him in the belief in “following Jesus in life,” the church as a “fellowship of believers,” and dedication to “the way of peace.”

Toward the end of his story, Hildebrand expands this circle to include the influence of writers Marcus Borg, John Spong and Richard Rohr, whose writing on mysticism opened up for Hildebrand “the elements of wonder, awe, and mystery of all that surrounds us.”

“God is in everything,” he continues, noting that all life and growth, starting in the womb, requires nutrients from the earth. From God. Then, with the earthiness of a farmer, a twinkle of mysticism, and the sensibilities of a shepherd who often stood next to a hole to speak the words of “dust to dust,” Hildebrand says: “I proclaim that I came from God (the earth) and in death I return to God (the earth). I’m satisfied with that. I trust I’ll face death with this peace.” 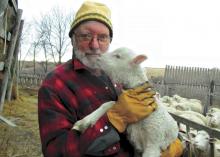 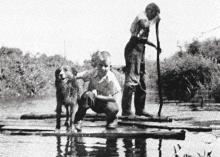